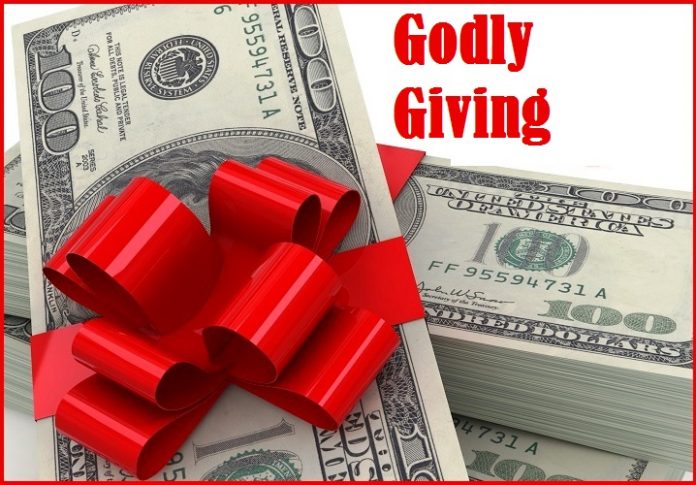 How do we Finance the Kingdom in the 21st century? For most of the Americanized modern Church it’s that time of year again. More money is spent and given toward Christian concerns than at any other time of the year. In my almost 30 years of “ministry” I have never seen the millionaires of this world further the cause of Christ. You would naturally think different. The more disposable or extra amounts of money should bring forth greater giving, but it just doesn’t. The reason is simple; godly giving is fueled by love.

The two biggest reasons most of the lost world rails against the Church are its begging practices and the lifestyles of its rich and famous preachers. We shouldn’t complain. We made them that way with our worldly giving. There is a great difference between worldly giving and godly giving. One uses the world’s measurement of success (Values), and one is completely spirit led using the Lord’s value of faithfulness.

Godly giving is not impressed with numbers, size, external dress, or titles. Godly giving does not respond to manipulation and misquoted scripture.  Godly givers only want to please God, eliminate need, and place their treasures in heaven. Worldly giving wants their return now. As America turns more inward and self-centered, the Godly Giving ROI (return on investment) is simply too low for their investment.

Let’s look at some of the Giving Pitfalls of the modern Church member.

1. Playing “hard to get”- they love the attention and the prominence they get. They want to be chased and get “worked” before they will give towards a cause.

2.  Pride of Authorship- When they see a legitimate need, they don’t look around to see if another brother or ministry is already doing it and could use their help. They want their own brand, their own church name on it, or else it’s not worthy of their support.

3. Giving that Controls- this kind of giving is rooted in financial pride. They say if you ran the ministry or the church under their worldly financing style it would prosper. It’s a control issue; they are the Marcus Lemonis of the Kingdom. If they give you their money, they are 100% in Charge.

4. Giving with an Agenda- (An expected return) this kind of worldly giving seeks to give for a desired result. If that result (way of doing things) in the church or ministry are not respected, they simply stop giving. Not a penny of this kind of giving will be registered in heaven.

5. Broadcast Giving- giving where the amount will be known by others. This giver wants horns played and people to bow before their giving is announced (with applause following of course). Everyone must know who is behind this work, and there are plenty of pastors willing to dance to their tune for the money.

6. No Involvement Giving- These worldly Christians just write checks to appease their quilt. They don’t know anyone, nor care; they just give to The Red Cross, Salvation Army, or anywhere they like. The giving part isn’t bad; it is the disassociation or lack or love that is wrong. Please don’t bother them with involvement, or they will quit giving and go elsewhere..

7. Giving by Worldly Measure- this is the kind of giving I eluded to above and the most popular of all pitfalls. These are Christians with a worldly giving mentality. They want to be part of a “winning” team. They would have never given one cent towards Mother Teresa until she became popular. If it’s not BIG by worldly standards, it doesn’t get their money. This kind of giving is rooted in pride. The bigger the sanctuary, the more popular the preacher, the larger the budget, then it’s worth their affiliation and support.

So let’s break down the principles of Godly Giving; Here is how we Finance the Kingdom

3 But when you do a charitable deed, do not let your left hand know what your right hand is doing, 4 that your charitable deed may be in secret; and your Father who sees in secret will Himself reward you openly.

Take heed that you do not do your charitable deeds before men, to be seen by them. Otherwise you have no reward from your Father in heaven.  2 Therefore, when you do a charitable deed, do not sound a trumpet before you as the hypocrites do in the synagogues and in the streets, that they may have glory from men. Assuredly, I say to you, they have their reward.

20 but lay up for yourselves treasures in heaven, where neither moth nor rust destroys and where thieves do not break in and steal.

17 Command those who are rich in this present age not to be haughty, nor to trust in uncertain riches but in the living God, who gives us richly all things to enjoy. 18 Let them do good, that they be rich in good works, ready to give, willing to share, 19 storing up for themselves a good foundation for the time to come, that they may lay hold on eternal life.

14 But without your consent I wanted to do nothing, that your good deed might not be by compulsion, as it were, but voluntary.

5 Therefore I thought it necessary to exhort the brethren to go to you ahead of time, and prepare your generous gift beforehand, which you had previously promised, that it may be ready as a matter of generosity and not as a grudging obligation.

7 So let each one give as he purposes in his heart, not grudgingly or of necessity; for God loves a cheerful giver.

I speak not by commandment, but I am testing the sincerity of your love by the diligence of others. 9 For you know the grace of our Lord Jesus Christ, that though He was rich, yet for your sakes He became poor, that you through His poverty might become rich.

8 Moreover, brethren, we make known to you the grace of God bestowed on the churches of Macedonia: 2 that in a great trial of affliction the abundance of their joy and their deep poverty abounded in the riches of their liberality. 3 For I bear witness that according to their ability, yes, and beyond their ability, they were freely willing, 4 imploring us with much urgency that we would receive the gift and the fellowship of the ministering to the saints.

21 For where your treasure is, there your heart will be also.

Where are your treasures today? Inside your home? Inside your Garage? In a safety deposit box? In your Bank? In Stocks and Bonds? You want the answer? Just ask yourself where is your heart today? If the next verse is just something you repeat and try to convince yourself with…well? It’s a sad day. 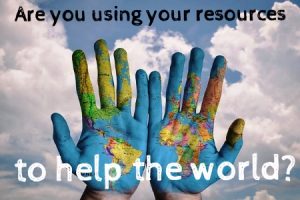 33 But seek first the kingdom of God and His righteousness, and all these things shall be added to you.

I don’t write with any judgment in my heart. I too have had to deal with these issues in my heart so I can help finance the Kingdom. May our heavenly Father lead you to that place where your giving is just an extension of what is on His heart. Ask Him today to remove any human concepts of success from your giving so you won’t miss those opportunities He has design for you, since the beginning of time.

Editors Note: Please help us continue to get this word out free- No amount is too small- Thanks for your generosity! DONATE CLICK HERE