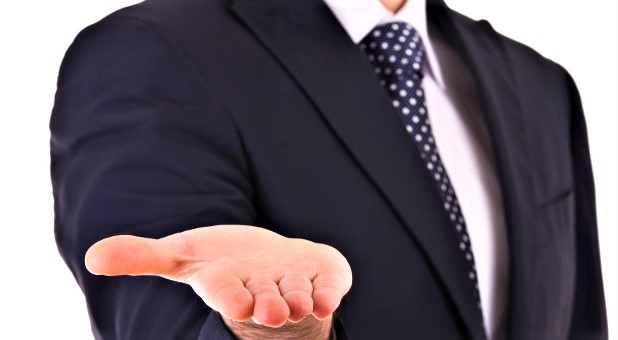 Panhandling from the Pulpit is a stain on the work of the Lord in the 21st century. Pastors and Priests would wish I would leave this topic alone especially now that they are beginning to have trouble in the collection plate. It’s the beginning of sorrows for the Religious System, but in the end it will work out to the Glory of the Lord!

I really have been waiting to write this article for quite a long time. First, because of the importance of the topic:

My first article on this subject was written in 2011 and was called, “The Coming Fall of Wall Street Christianity.”

Second, I wanted to make sure my heart was right so it would help His Body, not just provide another point from which to argue and divide.

We as the Church of the Lord Jesus Christ have participated in this sin for so long that we have become blind to it. It is all around us, everyone does it, and we no longer consider it wrong. The facts are that the world’s mindset concerning these things have taken over and have become the way we do church in the Religious system.

What is Panhandling from the Pulpit?

This article is about money and the things the church does when they depart from faith and joins the ranks of the hirelings of the business world. It is then that words like profit, expenses, costs, tickets, salaries, up-front, requirements, dues, conference fees and may others are found on the lips of God’s people. God help us!

I have only one question to those that operate in His Body like the 1st Century temple merchants. This question never gets an answer. How will you ever explain to the Lord that you left someone out of receiving your ministry because they couldn’t afford it? What ever happened to the words “freely you have received freely give”

When you confront a leader concerning these things, they get irate. You are immediately reprimanded and called a troublemaker. It doesn’t matter if you are sincere and truly just looking for an explanation.

Upton Sinclair said: “It is difficult to get a man to understand something when his salary depends upon his not understanding it.”

Today, I have come to the place where I understand that there is no way to fix the Religious system and its financial practices. God is not obliged to repair something He did not build. Instead the Lord is dealing with His people in the system and awakening them to His ways.

Once truth is revealed by the Holy Spirit those who have been born from above simply cannot remain in bondage to this system without allowing the Spirit to be quenched.

Our Lord knew well the power of this strongman when he said to his first disciples:

Luke 9:3 And He said to them, “Take nothing for the journey, neither staffs nor bag nor bread nor money; and do not have two tunics apiece.

Is this not irresponsible behavior the Lord is teaching? No, In the Kingdom the “just shall live by faith.” Hebrews tells us also that “faith pleases God.” We don’t like it, and that is where the problem lies. We need to separate ourselves from the failure to respond adequately by those we minister to. They did not call us and they are not our source.

In the last 8 years or since my last article on this subject, I have learned a couple things concerning the Lord and financial matters.

If this is bothering you, be at peace, I too was where you are at trying to learn the ways of the successful manipulators of God’s people. I had needs, my family had needs, the ministry had needs, and living examples with a godly Spirit concerning finances were hard to find.

I thank God today for dismantling my Golden-Boy ministry. Like our Lord, the apparent greatest failure on the cross turned into the greatest blessing for all of mankind. It wasn’t fun, and it wasn’t pretty, but I wouldn’t change it today for all the Mega-Churches in the world. Serve is more than a word on a T-shirt or a hat you buy and wear inside the four walls.

Only the Cross can Heal His Body

The Lord via the Holy Spirit is still directing men and women to the cross. We have made the cross an object to come to once for salvation, yet the Lord wants us to remain there until all that is not of Him has been stripped away.

I am talking about the cruciform life, a daily life of denying ourselves and choosing the Christ life that is eternal. So instead of saying WWJD, we know His ways and naturally operate in the power of His life, and there remains no question and no other choice.

Why am I discussing these things? Because the issue with living by faith begins at the foot of the cross where we say, “Not my will, but your will be done.”

We can babble on and on about doctrines, but until the world sees Christ in us, there will be no real permanent transformation of our cities and nations. 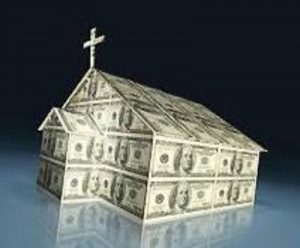 This issue of the church and money is the Number #1-ranked complaint against the Body of Christ. The world expects the rest of the world to be greedy, but they can’t understand why we will not at least care for our own. It’s shameful how much of the Lord’s flock today is on some type of government assistance. Weekly our Food Pantry feeds members of large mega churches in the city and it breaks my heart. How can we sleep knowing that 80-90 percent of the Lord’s money is being used to pay for buildings and salaries? It is no surprise that we must stoop to panhandling from the pulpit.

When is the last time you heard a sermon on this verse?

Acts 2:44-45 And all that believed were together, and had all things common; And sold their possessions and goods, and parted them to all men, as every man had need.

Please don’t ask me to pray for Revival of the Religious System. You cannot RE-VIVE that which has never VIVED or had life from above.

May the Lord have mercy on us all concerning these things on that day when we stand before Him and give account.

Why I quit Tithing by Steve Crosby