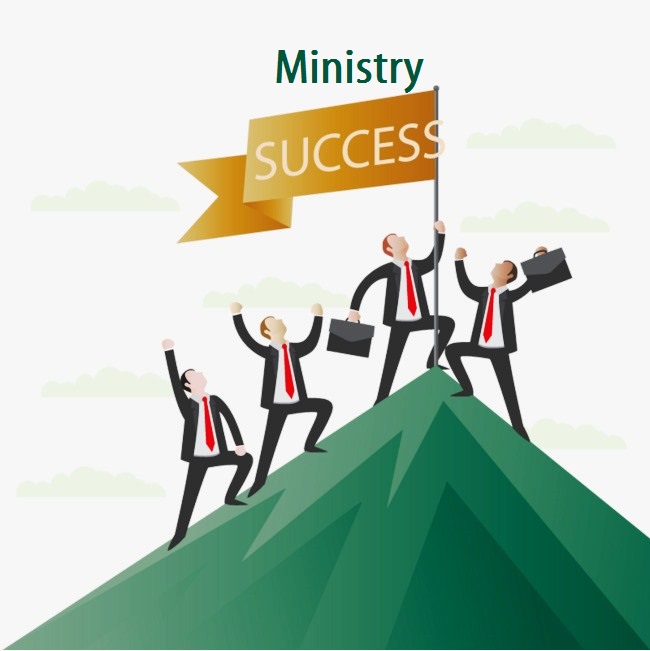 The Quest for Ministry Success is the focused human attempt to achieve a carnal business principle in a spiritual world. Never shall the two meet. Ministry success is not only a completely alien concept to the New Covenant, but is not found anywhere in the New Testament.

What breaks my heart most is that this virus was first shipped over to Africa, India and other developing nations from the USA. Under the blanket of World Missions, we demanded our homage from the world because, “We must be doing it right since we are prosperous. Look at our budgets, planes, buildings and staff. Look at how we dress, look at our gold, our cars and the stately palaces in which we live.”

Thankfully the Holy Spirit has taken down many of these Fake Christian Leaders and is on track to continue to awaken the believer to the true nature of the Lord Jesus Christ. Anyone on the Success train is just “Polishing the brass on the Titanic.” They are going down because the Father will present to His Son a Church that is spotless and without wrinkle. 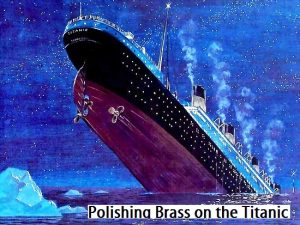 The Quest for Ministry Success? NO!

What should be the focus of our life? To be found FAITHFUL by the Lord. See Here

The following is an article by Steve Crosby on the same subject.

The Illusion of Successful Professional Ministry: ‘A Warning to Those with Ears to Hear’

“Our dominant Christian culture rewards beauty, fame, and success rather than wisdom, fruitfulness, and faithfulness. The following is a true story from someone who learned the hard way and too late that “successful Christian ministry,” based on money, size, acclaim, and fame is a dead-end illusion. Jesus said we should beware when everyone speaks well of us because the false prophets were popular in Israel. I pray young women and men reading this will heed and spare themselves unnecessary sorrow and heartache.

I had a very close friend, 15-20 years my senior, who passed away a few years ago. He had over 42 years of ministry experience. He was low-level famous. He was a personal friend of many  big-name Christian celebrity minsters. He would be a conference speaker with them. He was the head of a worldwide network of hundreds of church leaders, and was a so-called “spiritual father” to hundreds. He had money. He had multiple church and personal properties. At one time, he had owned private airplanes for ministry. He traveled the world as a conference speaker in high demand. He was highly gifted.  He had everything that our culture defines as ministry success. He “made it” to the “top.”

Toward the end of his life, as he began to come to grips with the likelihood that the disease he was dealing with was likely to take his life, he confided in me three profoundly sad things. (BTW: He was a prosperity and faith message kind of guy).

This was very interesting, and the candor took me somewhat by surprise. I never considered myself a confidant of someone like him.

I was not a formal member of his network. He had literally hundreds of ministers around the world that self-identified as his “spiritual sons.”  I was a nobody on the backside of nowhere, and of all the people to call, he chose me. I believe it is because he knew I was a safe person, without any personal agenda, and that I could be trusted with his deepest pain. I was not a threat. I had no agenda.

This is what he told me, almost verbatim quotes:

This is a mixed testimony because it is sad that it took until the end of his life–literally– to come to his senses and  realize the emptiness of fame and “Christian ministry success.”  But–better late than never. He was finally honest with himself, God, and one friend: me. Many reading this right now are pursuing the same things that he pursued. I pray you do not end up like he did.

Young woman or man who is reading this right now—it is likely that you are on the gerbil wheel of professional Christian ministry. You are drinking the celebrity-culture, Kool-Aid lies offered by the religious and cultural powers of this age. Pursuing size, money, fame, and the affirmation of others is deception. You are being lied to by the Christian media you watch and read. The average size of a traditional-expression congregation in the USA is approximately 75 people. The image of success that Christian media in covenantal league with your ego and insecurity is feeding you is a lie.

Be warned: that bridge is out. Take heed. Change your ways and values now before your lose your wife, your children, your mental and physical health, and your very being–your soul–on the altar of your insecurity-based ambition. Yes, I know people who have lost all of these things as they were “serving Jesus.” Along the way they also lost their self-respect and dignity.

Don’t fool yourself like my friend did for forty-plus years only to come to such a heart-breaking end. You can get off the merry-go-round now.  Outward success defined by American cultural values, is not a reliable metric of your personal worth to God and humanity, nor of ministry that is endorsed by heaven–or not.” 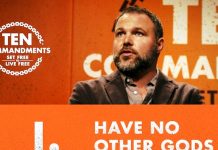 When Ministry becomes an Idol by Steve Crosby