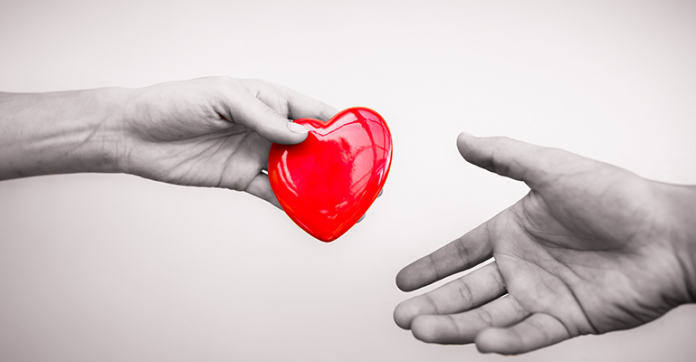 Foreword Please notice that the title of this writing is “A Theology of Giving” as opposed to “The Theology of Giving”.  My understanding of God and His purposes (i.e. theology) is dynamic and this is simply where I find myself today.All I can say is that though I’ve never heard anyone teach what I’m about to present, this is where I feel the Lord has brought me to.  If it doesn’t ring true to you, feel free to dismiss it (as we’d all undoubtedly be wise to do with much of the fodder that makes its way about the internet).

I was taught from a very young age that it is more blessed to give than to receive; and so the principle of giving is foundational in my being.  Growing up in church, I always saw my parents give when the collection plate was passed, so I just assumed that this is what Christian people do.  Though I didn’t get serious about the Lord until many years later, I’ve always tried to slip something in the basket at offering time.  My first steps on the journey of giving were relatively small ones, as I learned to become a “cheerful giver”, that you “reap what you sow” and eventually the principle of the “First Fruits” (i.e. that if I gave God the first part of any harvest, He’d bless the rest).  While all of these principles can be found in scripture, I’d suggest that simply using these elements to draw a conclusion will make for a woefully incomplete picture in regards to what the Bible has to say about giving.

Eventually, I was confronted with the whole issue of tithing (i.e. giving ten percent of my increase) and after hearing many sermons to the affect that a failure in this area amounted to “robbing God”, it became my normal practice.  I liked tithing; it made me feel like I was somehow doing my part for God and so, to some degree, it was a matter of pride.  When the person taking up the collection at church, testified to being a lifelong “Tither”, I could give them a hearty “Amen!” because I was a “Tither” too.  I was aware that some people said that tithing was part of the Old Testament Law and thus was no longer required; but I tended to dismiss that argument as a convenient excuse not to give.  I was pretty happy with my theology of giving at that point and assumed that it was what I’d always believe.  It wasn’t until some people, who were much younger in the faith, asked me if tithing was still “required” that I began to look into the issue for myself.

At first blush, the argument about being a part of the law seemed pretty valid; but then I heard some teaching that pointed out that Abraham had tithed to Melchizedek, which seemed to indicate that the practice of tithing actually preceded the giving of the law.  If that was true, then it seemed logical that tithing didn’t necessarily pass away just because we no longer lived under the law.  By this time in my Christian walk, I had begun to sense the internal stirring of the Holy Spirit and on more than one occasion, had felt impressed to spontaneously give something other than the requisite 10%.  This practice of following the leading of the Holy Spirit was quickly incorporated into my giving theology; as I would give ten percent unless I felt the Spirit move me to give something more.  That soon changed to praying about what to give and giving ten percent if I didn’t feel a specific leading.  Once again, I was pretty happy with this giving theology and undoubtedly, it remained a matter of pride.  It wasn’t until I began to come to a greater understanding of the differences between the old and the new covenant that this theology would once again be challenged.

Though anyone who’s knowledgeable of the scripture would undoubtedly agree that the new covenant, that Jesus afforded us, is superior to the old covenant, the magnitude of that change seems to be lost on most believers.  Jesus was the “perfect sacrifice” and the absolute fulfillment of the law; when He said that “It is finished!” that’s exactly what He meant.  Regardless of whether tithing was a part of the law, it was a part of the old covenant and because of what Jesus did, we now have a much better covenant.  I don’t believe that it is an accident of the scripture (i.e. an oversight on God’s part) that tithing is not directly addressed in the New Testament.  We are no longer required to give in order to receive; we are required to believe so that we can receive.  We are no longer required to offer a sacrifice to demonstrate our faith in what God will do; we now demonstrate our faith by believing in what He’s already accomplished.  For a heart that struggles to give, that may sound like good news, but the reality is that to whom much is given, much is required.  While the old covenant allowed for a sacrifice of ten percent, to get the ninety percent blessed; the new covenant requires much more than that.  Under its provisions, only those things that are brought into submission to Christ’s lordship are truly and fully blessed.

The arrangement that God intends for new covenant believers goes much deeper than the former agreement.  He avails Himself to dwell within us, not to be a passive bystander, but so that “in Him, we might live and move and have our being”.  For partakers of this new covenant, all that we have must now be forfeit to God and to His purposes.  I am not suggesting that we are required to give away all of our material possessions, keeping nothing for our families (unless, of course, the Spirit directs us to do so); but I am suggesting that it is no longer acceptable to give ten percent of our increase to God’s purposes, while spending the other ninety percent in whatever way we choose.  The indwelling of His Holy Spirit was meant to revolutionize every facet of our lives, not simply to give us goose bumps about what heaven might be like, while we indulge ourselves in the things of this world.  All that a new covenant believer has was meant to be at God’s disposal.

If we’re looking for a New Testament reference on giving, I believe that Acts chapter 5 provides a powerful picture of a theology of giving.  This scripture tells us that God was moving on His people to share all that they had with one another, when a couple named Ananias & Sapphira decided to hold back a little for themselves; if tithing was still the requirement, then selling their piece of property and giving ten percent of their gain, should have been enough.  In fact, the story would seem to indicate that they gave the larger portion of their gain to the apostles, keeping only a part for themselves.  But something within them (e.g. the Holy Spirit) knew that God was asking for more, so they tried to create the illusion of giving their all, which ultimately became their undoing.  I believe that we “Tithers” can fall into a similar trap, as we comfortably give our ten percent, when the Spirit of God is urging us to give and do much more.  If we truly believe in what Jesus accomplished at the cross and that He is the source of our blessing, than why wouldn’t we trust Him to guide us in the dispensing of “all” of the increase that He has provided for us?  Could it be that we’ve maintained the Old Testament mindset that the harvest really belongs to us and that we just want God to bless it?

I don’t believe that it is incidental that many of the Old Testament heroes (e.g. Job, Abraham, David, Jacob…) were rich in material things; after all, under the old covenant, this was an outward sign of fruitfulness.  But with the indwelling of God’s Spirit came a new standard for fruitfulness and the lives of the New Testament heroes looked much different because of it.  While we love the picture of God’s people shouting down the walls of Jericho, I believe that the image of an imprisoned Paul and Silas, shackled and singing praise choruses at midnight, is more applicable.  In the former, they were shouting for what God was going to do for them; while in the latter, they were praising Him for what He’d already done.  God didn’t promise Paul and Silas that he’d bring the walls of the prison down and for all they knew, this might be their last few hours on the earth; yet they praised the Lord for His goodness and faithfulness.  They understood that it was now Christ, within us, that was the hope of glory; and not that we would have the largest flocks or the most land or be the most powerful nation on the earth.

My heart goes out to anyone in ministry, who relies on the giving of the saints.  Even with the fervent preaching of the tithe (and/or sowing your seed of blessing), the giving rarely gets anywhere near ten percent.  I would suggest that if believers truly sought the leading of the Holy Spirit in matters of giving and were genuinely obedient to that guidance, no God ordained ministry would ever lack the needed resources.  Unfortunately, too many of us are still more interested in tapping into the resources of heaven for the purposes of building our own earthly kingdoms; as opposed to allowing God to bring His Kingdom rule through us.  Oddly, the preaching of the tithe and the concept of sowing your seed of blessing, both feed that mentality.  They make God seem like a heavenly vending machine; so that if we put in the right amount of change and punch the right buttons, He’ll be obligated to deliver what we want.  And ultimately, “what we want” is the problem.  The new covenant only really works as designed, when what we want is Jesus.  When He becomes the means instead of the end, we’ve missed the point completely.  In light of Christ’s sacrifice, the only “reasonable” response is the offering of our bodies and indeed our very lives, which is simply an act of our spiritual worship (Rom 12:1).  At this point in my life, I’ve come to believe that anything less amounts to “robbing God”.

A Theology of Giving in Spanish