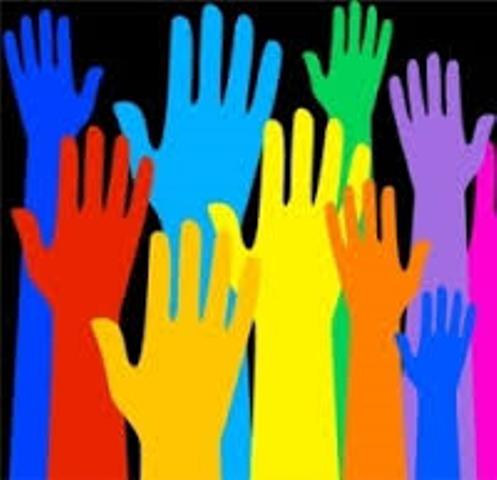 All of Christ Through All the Voices is Jon Zens favorite topic. Here is another of his article challenging the Church on this topic here at GodsLeader.com. How to get The Mind of Christ Through Open Participation JLB Editor

The way church is usually practiced renders the “laity” passive. Those sitting in the pews are used to a select sub-group – the pastor, an elder board, a deacon board – making key decisions for the church and then telling the membership what was decided.

But what happens when believers gather in settings where traditional leadership categories are absent? How are decisions made in groups where everyone participates in body-life?

In order to respond to these questions we must take a closer look at the word Jesus used in connection with His purpose – “I will build my ekklesia.” “Called out ones” is the basic meaning of ekklesia, but that thought only scratches the surface of the word’s significance.

In the Greek world ekklesia had a political dimension – “a duly called assembly.” When the Old Testament was translated into Greek at the request of a secular ruler (in what came to be called the Septuagint), ekklesia was used to translate the Hebrew wordqahal, referring to Israel as a gathered assembly.

“Church” is a horrible, misleading translation of ekklesia. Every time the saints gather they are meeting to pursue the King – they meet around the King, the King is in their midst, and the King is in each believer.

In light of these perspectives, we need to get away from the idea – a notion certainly embedded in the institutional church – that we have two kinds of meetings: “worship services” and “business meetings.” No. Our shared life together in Christ is rooted in our one-ness with Him and all the saints. This one-ness (“consensus,” if you will) is expressed together whether we are singing or involved in decision-making. One-nessshould permeate our very existence in Him.

The remainder of this essay, then, will focus on our one-ness as it pertains to the importance of all voices being heard in the pursuit of Christ’s will.

All of Christ Through All the Voices

As I have traveled among all kinds of fellowships since 1977, the number one concern that has come from the saints’ hearts has been expressed in statements like — “a few voices have the clout, the rest don’t matter,” “no one has ever asked for my thoughts,” “I felt ignored or put down when I questioned things,” “sometimes the body would move so fast that I felt left in the dust,” “I was told to go with the flow and not differ,” and “when I asked myself, ‘How could my concerns be processed in this body?’ my mind was blank.” Such sentiments indicate that things are going on that are diametrically opposed to Christ’s heart.

The way of Jesus is radically “other” than what most of us have experienced. To Christ, every person and their voice is precious and significant. In His body, no one should fall through the cracks or feel like they are worthless. The easy way is to let one or a few give direction. The way of the Cross is for the body to hear Him by caring about what every person has to bring of Christ. “A caring community is a listening community” (Thomas Dubay).

As body-life is incarnated, one of the most important matters a group must process ishow to work things out together. In 1 Cor 1 Paul confronts the assembly about their divisions and tells them to be “joined together” in the same mind concerning this problem. The verb “joined together” means to repair something that is torn, like mending a fishing net.

We don’t know the details, but in order for this to happen, the Corinthians would have to all come together (after already dividing by clustering around various personalities) and hear the voice of Christ as it came through Paul. Given what we know about humans, coming to “one mind” would not occur by the wave of a wand, but by honest mutual discussion with a view toward following Jesus and forsaking divisions.

In dealing with the Corinthian problems, Paul does not address “leaders,” but the whole body. The point being that in addressing any concern in the body, coming to peace in His will must involve listening to and processing what Christ expresses through every brother and sister. (Note: this does not mean that every person must say something; it does mean that there is a loving atmosphere in which any one can express themselves and expect their input to be listened to and processed).

Obviously, in traditional churches this is a monumental problem. Only certain voices are treated as important, and most voices are muted. The “will of God” is announced to a group by leaders. The great bulk of the members are not involved in the decision-making process. Their perspectives are never requested or taken seriously.

In Christ’s ekklesias this model must be rejected and avoided. To Jesus, each of His sheep are a conduit through which He speaks. They must all be heard. Thomas Dubay amplifies this truth:

The person speaking is important, even precious. We pay attention to important people. To the proud person others are not important and so he is not inclined to take them that seriously. Even more, we value the opinions of those we love. If I do not really care what my brother/sister thinks, I had better doubt that I love them.

Every voice must be prized and sought after because Christ’s mind will not reside in the same few, but among the many. As Dubay points out, “in community no one may assume that he/she alone can speak for God. No one can claim a wholeness of insight into the community’s problems. This is why all must contribute their gifts, their charisms, their experience in shared dialog.”

In light of these few, pointed thoughts would it not be healthy for a group to come into the presence of Jesus and one another and candidly respond to such questions as these?

**Do we have an open, welcoming atmosphere in which all feel safe in sharing their portion of Christ?

**Have there been occasions when some contributions have been silenced by being put down or intimidated? As Frank Viola pointed out, when we gaze into the eyes of another believer, we are looking at Christ. Remember, then, if we demean or are rude to a brother or sister, we are speaking/acting directly to our Lord.

**Do all feel that their voices have been encouraged, solicited, listened to and processed in the decision-making process?

**Does the group feel like they are together not moving on anything until His peace descends on them with one-mindedness, or is there a sense that at times things are pressured and rushed through?

**Is care taken to make sure that communication of body issues has reached everyone, and that time has been given for questions, exploration and clarification to take place?

**Do the brothers and sisters feel that Christ’s leadership is being expressed freely through everyone, or is it defaulting over time to some in the body?

**Does each believer display through Christ in them that they are eager to hear and respond to the concerns, the perspectives, the voice and the heart of every brother and sister?

**How can we expect to discover the Lord’s mind in our midst if we do not honor, defer to, and submit to our Christ in each other?

**When the sun goes down, if all voices are not solicited, heard and processed the will of Christ will remain unknown to that group. Anything that hinders the free expression of all voices must be challenged.

[Expanded thoughts from the “Consensus” Break-Out at Interconnect, July, 2013, Nashville]

Jon’s blog is part of a broader conversation about “Why Churches Don’t Need Senior Pastors” and how decisions are made in an Organic Church. Contributors include: Richard Jacobson, Jon Zens, Dan Hereford, Neil Cole, and Keith Giles.

Both Richard, and Jon have already posted their articles (and Richard’s video kicked us off). Keith’s post is next week, and after Neil and Dan post theirs, all five of us will participate in a video Skype conversation to wrap it all up.

Check out the first two posts, and video here.

The Problem with Inerrancy