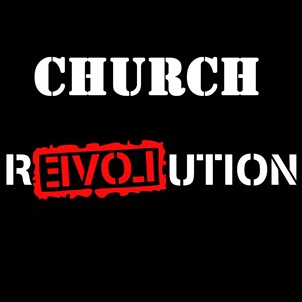 Have you ever wondered why the Church is in the mess it is in? Or maybe you have thought everything is fine; it’s just you the Lord will not bless. Have you thought to yourself after reading some of these articles “Why are these people so way off from what I learned in seminary and seen all my life?

Brethren we have been infected by a virus. It is called RELIGION or the SYSTEM. It’s human and it requires human works to sustain it. There is not one ounce of HOLY SPIRIT in it. There is no room for the Headship of the Lord Jesus Christ because the little kings/dictators who rule it refuse to surrender His Church to Him.

The root of the problem is the switch from a love-based Kingdom to a money-generating not-for-profit venture or fiefdom called the church. The system’s greatest expression is arrogant individualistic ministry versus the unity found in the Trinity/Godhead.  Verbal assent is given to biblical truths, but really in practice it is all about the individual congregation. All finances are handled by the leader, his family or those he/she controls with a paycheck. According to them it is the only way they can protect themselves from “sheep bites” and a fickle flock.

Upton Sinclair said: “It is difficult to get a man to understand something when his salary depends upon his not understanding it.”

“Members” of these weekly social clubs have been dumbed down more than the black race during slavery. Actually it is the Afro-American pastors who are some of the worst at using and abusing their people. The “Master/Pastor/Bishop/Apostles” rules and reigns over the people. The sheep are told they exist to support the Vision of the House which can be translated the promotion of the Pastors dreams, wishes, and desires. Members are told they are “laity” or support personnel to the “clergy,” and no attention is given to their gifts and callings.

No one asks questions, and if they do they are blackballed as a discontented, divisive individual. When word comes down the grapevine from the top your so-called friends will scatter, and you will find yourself very alone. Sad to say some of the Lord’s people find out about these truths, but like many blacks after their emancipation from slavery, they return back to serve their wicked masters. It’s because people fear the peer pressure more than they long for true biblical freedom.

Don’t misunderstand my purpose. This is not a hate the pastor website. The pain goes both ways, and the problem is usually the system, not the people. I have cried and prayed with good men whose call was real and whose hearts were sincere. They only did was was taught to them in the seminary and the church growth conferences. They meant well, but the system kills. Religion is of human origin and it’s girded up by corporate principles of making a profit. A week doesn’t pass by that I don’t  hear of a pastor or church leader who has succumbed to the temptations and sins of this age. My heart breaks for leaders, and that’s why this site exists.

Church Revolution The Need for a Biblical Emancipation

Frank Viola has written a great book called Reimagining Church and at the end he has placed a 16 page teaching in PDF format called;

OBJECTIONS AND RESPONSES ABOUT MODERN IDEAS OF LEADERSHIP

I know of no better material to give to someone who is asking questions concerning the leadership of the Body of Christ- The One Church of the Lord Jesus Christ. Get ready to be challenged and I pray that you will be changed by the Spirit of the Living God!