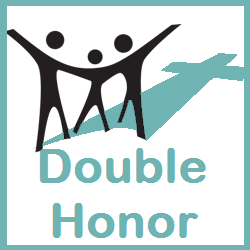 Double honor has been so abused in modern Christianity. Here is pure teaching from someone with no selfish agenda. Editor JLB

The elders who rule well are to be considered worthy of double honor,
especially those who work hard at preaching and teaching.

Who could question the obvious connection between honor and finances made clear in this passage? The very next verse is:

For the Scripture says, “You shall not muzzle the ox
while he is threshing,” and “The laborer is worthy of his wages.”

It would be good for us to apply this truth as a launching pad for our instruction regarding these matters:

Before faith came, we were kept in custody under the law, being shut up to the faith which was later to be revealed. Therefore the Law has become our tutor to lead us to Christ, so that we may be justified by faith. But, now that faith has come, we are no longer under a tutor. For you are all sons of God through faith in Christ Jesus.

It seems to me that, when the evidence of faith is lacking in a person’s walk, then he might do well to look to the law for guidance that will launch him into the obedience of faith. Until we are manifesting the results of obedient faith, we have something to learn from the tutor!

Disobedient servants robbed God in tithes and offerings. Disobedient sons rob God by unbelief, the lack of obedient faith, and financial irresponsibility. Is this not a reasonable conclusion? I am not saying that they are under a curse. I am saying that until their faith takes them beyond the demands of the law, they are yet children in need of instruction—instruction that will be believed, received, acted upon, and become fruitful in their lives. Would not a father expect more out of a son than a master expects from his servant? A son whose performance level does not measure up to a slave has some serious growing up to do.

The Prodigal might be considered an example of one who, by his own choices, fell so far below the stature of a son that he became willing to serve in his father’s house as a slave. Yet, he was always a son. And, when he came to his senses, his father received him back into the household as his beloved son by throwing a party!

As we proceed by way of our own testimony, I pray that the reader might posture himself in meekness, and allow the anointing within to teach, with His “Amen!”

For many years, Barbara and I have laid up treasure in heaven by investing in kingdom people and their ministrations, and by giving to the poor. Under the direction of the Holy Spirit, we have sown above and beyond the minimal requirements of the law.

We have not been able to look to institutional structures for our personal and ministerial funding. We can count on our fingers the number of months that we have received a salary in several decades. We have, all along, invested ourselves in relationships. And we have not lacked. We have obeyed the Lord’s command and experienced His promise:

“Seek first His kingdom and His righteousness, and all these things will be added to you.”

God adds all these things to us by and because of relational capital laid up in heaven. We are being honored by the faithful support of people from our past—double honor, if you please, because we are no longer involved in their daily lives, and yet they care for us. These honoring and honorable people are not robbing their local churches by their support of us, but rather are also honoring those elders who work hard at preaching and teaching where they live and serve.

There are many faithful men and women who have answered the call, whose service extends to the uttermost parts, who are not financed by any local church or denomination. Their faithful obedience to God has taken them to the highways and byways. They are investing in heaven by building relational capital. My prayer is for those relationships to become fruitful for them to the extent that they are rightly honored by being rightly supported.

Sadly, we have watched a subculture emerge, populated by those who have left institutional churches, and—at the same time—left behind any sense of personal financial responsibility to rightly honor those who labor among them. Over the last many years, we have received absolutely no sustained financial support from local believers. Our relational equity fully supports us. But there are others who are only recently coming to understand the value of building relational capital. The process has not yet produced a harvest for them. Such relationships already have some history, but yet still lack the integrity of relational equity. Paul questioned the believers at Corinth:

If we sowed spiritual things in you, is it too much if we reap material things from you?

Let’s get personal. Is there someone who is always there for you whenever you have a need? Have you thought or prayed about how to honor him?

Please pray with us for God to bring conviction and restore a sense of responsible stewardship in the hearts of all sincere believers. Pray also for those servant-leaders you know, that their proper provision may be forthcoming.

Are you ready to love to the point of giving double honor?