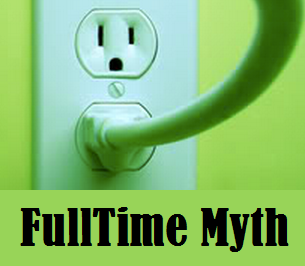 “Any believer who aspires to full-time ministry misunderstands the Kingdom that we’re part of. That’s like aspiring to full-time breathing. ‘Full time’ and ‘Ministry’ are the only way the Kingdom works.” – Nor’west Prophetic

For years we have been taught that there are average believers and then there are those who are truly extraordinary.  There are those who love God and there are those who REALLY love God.  There are those who are sensitive to the Spirit and there are those who are REALLY sensitive to the Spirit.  It is the duty of those who are a notch above the rest to pursue “full time ministry” so they can immerse themselves in “God things” 24/7.  It is their job to climb the spiritual mountain get stuff from God and bring it down to the rest of the people.  The rest are just average believers.  They love Jesus and are good people and are necessary but they really aren’t quite as necessary to the Kingdom of God as those full time ministers.  You know this because those average believers have to work in a “secular” job.  Since they aren’t 100% spiritual like those extra ordinary believers, God has them dwell in the place of mixture where they spend some time in “spiritual” things and some time in “secular” things as they earn a living.  But that’s okay.  It doesn’t bother them as much because they aren’t at the same level of spirituality as those called “full time.”  Their lower spiritual status and less finely tuned spiritual abilities makes them more tolerant to the muck of the world and the boredom of the daily grind.

Then there are those poor souls who live in the tortured middle.  They REALLY love God but they can’t manage to get into “full time ministry.”  So they are stuck out there in the secular world with all the average believers.  Like the athletic kid in PE stuck on the team with the uncoordinated nerds, these poor souls are lumped in with the average believers so they have to work extra hard to prove they indeed are special and spiritual and actually belong on the other team.

This is what centuries of the clergy/laity division has taught us about the body of Christ.  And if you doubt what I’ve written is a reality, I could tell you stories of the shock that comes over congregations where I have been asked to share when they realize this “secular job holding average type” really has something to contribute to the Body of Christ.  In one group I was basically asked to consider becoming the associate pastor just after I spoke!  The attitude is “You’ve got skills dude!”  What are you doing on the average team?  You should be over here on the athletic team!”  They were even more shocked when I told them I wasn’t interested.  It was as if I was just turned down the winning lottery ticket.  Only shallow believers turn down such opportunities.

We talk about the truth that we are ALL full time ministers but the fact is that’s not a reality to most believers.  It’s a nice thing to say to make the “average types” feel better.  But it actually is the truth!  Our importance to the kingdom and love for God is not measured by where our pay check comes from.  God has always placed many of His ace players in the most “secular” places.  Read the book of Daniel and the story of Joseph.  Newsflash: when Joseph was second to Pharaoh, he wasn’t ruling a godly nation.  In fact, his boss claimed to be a god.  (And you think your boss has a big ego.)  We talk about being salt and light.  Hello!  Where are salt and light needed?  Salt is needed where things are prone to spoil – go bad.  Light is needed in the dark.  Yes there are those aces that are called to equip others and are supported by those they equip.  (That’s another massive topic.)  But God has far more aces that are equipped and actually do what they were equipped to do – bring Christ with them where ever they go and to whomever they meet.  Oh, and by the way, there is no division between secular and spiritual in Christ; all things are summed up in Christ.  He is in you and you are in Him.  So going to a job in God’s eyes is not engaging in a secular activity.  Our life in Him is not divided into little compartments. Full Time Ministry is a Myth.  It’s all Him!