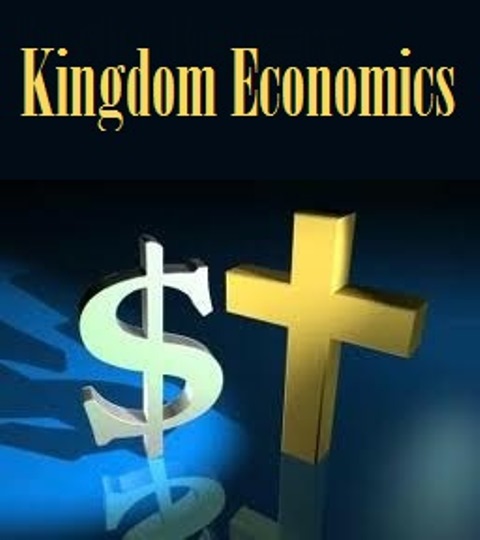 Most of my closest friends are in the middle of some degree of what Westerners would consider a financial crisis. Outgo is exceeding income. Life savings are either non-existent or on their way to extinction, and every attempt at creating a sufficient income stream comes up empty. I have an intimate understanding of their dilemma as my wife and I are in the same boat. Yet none of us are underfed, homeless, or on foot. Somehow God provides us with more than we need for the present and often supplies many of our wants.

Shortly after I resigned my position as senior pastor of an institutional “church,” I was stymied in every attempt to find employment. With a hint of exasperation, I asked Father what he wanted me to do. His answer: “Do whatever I tell you to do, and I will provide.” Years later it occurred to me that what he said could be taken as a paraphrase of Matthew 6:33: ‘Seek first the kingdom of God and his righteousness, and all these things will be added unto you.’ I had almost forgotten that this had been the foundation of our lifestyle for 12 years before accepting a pastor’s salary.

For the 10 years since, we have never known a regular income that matched the outgo, yet the bills are always paid on time, we enjoy a nice home, and even take an occasional vacation. Unexpected sums of money from unexpected sources have come seemingly out of the blue. We have never put out a newsletter or broadcast our needs in any other way. Even so, I would feel more comfortable if I could count on a regular income that matched the outgo. That only proves that I have a lot to learn about child-like trust and still would like a measure of control. I could cop out and say that I only want my wife to feel secure, but she’s doing as well as I am with our unpredictable future.

I can’t remember when I’ve ever heard a sermon on the verses that precede the one quoted above. ‘So do not worry saying, “What shall we eat?” or “What shall we drink?”
or “What shall we wear?” for the pagans run after all these things, and your heavenly Father knows that you need them.’ Running after luxuries (anything above basic needs) is not even considered. I wonder how that truth fits into prosperity doctrine. Is there any difference between religious Christianity’s attitude toward provision and finances and that of the worlds? I’m afraid it would all have to be defined as pagan economics.

I’ve shared meals from a common finger bowl in unlighted mud huts with generous folks in Kenya who were more content than many overfed Americans I know. I never met anyone more at peace with their situation than a beautiful young Indian woman who lived in Mumbai in a huge slum where the “dwellings” were nothing but gunny sacks draped across sticks. They had no furnishings, just a dirt floor with nothing on it. She was one of the few in the slum that had a job. She earned a few rupees making roti (unleavened bread) and was able to sustain herself with the income so that she could live beside the sewer in her five by 10 foot dirt space where she gathered a several children daily to share Jesus with them. She had everything Jesus promised; food, clothing, and opportunity to serve. She asked us for nothing. Welcome to Kingdom Economics 101.