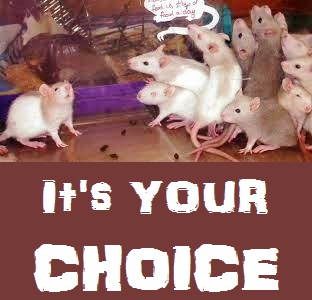 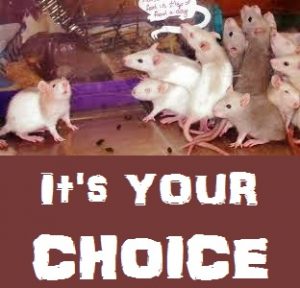 This is a true story. I have heard from hundreds if not into the thousands concerning the issue of loneliness in the church. When is the Body of the Lord Jesus Christ going to get it? This is not a matter of church styles or denominational tastes. This is the heart’s cry of many who instead of arguing with leadership are just opting to leave the religious systems of men. Before you label those who are leaving as “irreparable basket cases,” read the rest of this article and hear what the Spirit is saying to the Church. If you have already left, I want you to know the family of the Lord is out there, but she is not easy to find at this time. I pray this article helps. Editor, Jose Bosque

Dr. Bruce Alexander of Simon Fraser University in Vancouver, BC reconsidered a famous lab experiment done in the 1970s involving addiction. He pondered that the presumptions behind the science could be flawed and incomplete. The scientific experiment in the 1970s involved a lone rat in a rat cage with two water bottles. One was laced with cocaine and the other just water.  In this well-known experiment, it was allegedly proven that nine out of ten rats in the rat cage will go back, again and again, to the cocaine bottle until they killed themselves. The conclusion taken from this experiment was that the rats were hopelessly chemically addicted to the point of suicide. Not so fast.

Dr. Alexander set up an alternative experiment that he called the Rat Park. The Rat Park was an environment where many rats were together in a habitat of relationships, tunnels, food, and exercise.

The results of the Rat Park were almost unbelievable. The previously addicted rats stopped taking the deadly drug without coaxing, withdrawal, or removal of the drug from their environment. The chemical hook was not strong enough to stand against the bonds of relationship that were introduced in Rat Park.  The self-mutilation and nihilistic addictive suicides were reduced to nothing in the Rat Park. Dr. Alexander summarized it this way:

The view of addiction from Rat Park is that today’s flood of addiction is occurring because our hyperindividualistic, hypercompetitive, frantic, crisis-ridden society makes most people feel socially and culturally isolated. Chronic isolation causes people to look for relief. They find temporary relief in addiction to drugs or any of a thousand other habits and pursuits because addiction allows them to escape from their feelings, to deaden their senses, and to experience an addictive lifestyle as a substitute for a full life.

Drugs and addiction were never really the issue! Aloneness was the issue, though the “rat” would never have thought of it that way. You don’t know what you don’t know.

Attending Church, but Still Alone – Loneliness in the Church

The “shadow” of “rats,” and the difference between the rat cage and the Rat Park [ironic, actually :-)] in this experiment tell the story of Jesus’s plan–His Family–His Kingdom.  His Church is the one “against which the gates of Hell can not defend.” The fruit tells the story between the cage and the park.

Consider the titanic admitted failures of the religious world (see George Barna statistics, as well as Graham, Promise Keepers, etc.). Their statistics of divorce, alcohol, pornography among professing Christians, and 75% teenage destruction are provably levels statistically no better than atheists and the worldly.

Our addictions are deeply rooted in the “attendance-based” and “clergy-laity based” religion practiced today. Ironically, to a Bible-believing group, this attendance-based only form of religion is not found anywhere in the Bible God has written for us. Weird that most relinquish their lives and families to this unbiblical limited-to-attendance “cage” when Jesus offers so much more to those who will “take up their own cross” for others and “forsake their very life” and “forsake the world” for Him.

The “cage” of attendance-based aloneness was never God’s Plan. He knows how He has created us. His plan to set captives free indeed is to “set the lonely in families,” to be “joined and knit together by every supporting ligament,” and then “no longer infants tossed to and fro.”

In three out of four gospels, Jesus spoke of His Church being, not attendance a couple of times a week to “hear another message from the Word” from a  man, and sing along with the bouncing ball, but rather, forsaking our lives into provocative (Heb.10:24-25) close proximity, “called alongside” (Heb.3:12-14) “daily!” Transactions in various ways with “a hundred, mothers, sisters, and brothers!”

A Church of Daily Relationships

Jesus described His Church as a close, intimate, mutual, priesthood of believers in daily relationships: as close as mothers and daily siblings growing up (except with holiness and self-sacrifice and kindness this time). Accept nothing less as Jesus’s desire for His Bride, His Church! But know that it’s not “they” are the “problem,” but you abandoning your life that you may find it.

The Life Becomes the Light of Men.

And we wonder why the best seminarians and homiletic and hermeneutic techniques, the most clever programs,  the most committed attendance, and “best music ministry in town still result in addictions and devastation that Billy Graham, Jakes, Hayford, Barna all admit is 75% or higher?  The rat prison of “attendance-based aloneness” — even with good information and good singing — still allows 9 out of 10 to have no power over addictions. Jesus has another way. Hallel-Yah!

Not that Jesus can or should merely be used for social reform or addiction recovery. He sees right through that, of course. John chapter six tells us what He thinks about seeking Him for material, emotional, relational, or even “salvation” personal gain. He won’t have it. Our death must be for HIM, because we are cut to the heart for having crucified the innocent Lamb with our stubborn self-seeking rebellion, or it has no supernatural potential.

But that said, His plan includes, where you are, the Church to be “a hundred mothers, brothers, and sisters,” against which the gates of Hell can not defend. Baptized by the Spirit into one Body, we being many, are One functionally, not theoretically and invisibly, is Abba’s plan that the world may know we are His and that captives, addicts, the lonely, and the proud will be set free! Free indeed.

Don’t let anyone convince you, steal your crown, that the status quo of losing 75% of our children, or 50% of our marriages, or that 50% of Christian men engaged in pornography in the last 14 days (Promise Keeper statistic) are God’s best and that the gates of Hell prevailing is acceptable. If another country poisoned the water or air or food in your country and 50% of your family and neighbors died, would that not be an act of war? Why do we stand back generation after generation and allow others to hypnotize us into watching this bad fruit happen around us, and then opt for a better speech and better music as the hopeful/”hypeful” solution? That which allows generations of children to die is an act of war, not an “optional method” of doing church.

Unless the Lord builds the House, its builders build in vain. Don’t seek it — just do it. Wherever you are, whatever your wah-wah circumstances might be.

Addictions and death in the rat cage of the common man’s life, and much of the religious man’s life have a solution in Jesus in what He taught, how He lived, and what He demonstrated.

Just “food for thought.” Much love to all, in Christ.

This blog is adapted, and edited, and reposted here by permission of 4JLT.com. Copyright 2015,  Dr. Stephen R. Crosby, www.stevecrosby.org Permission is granted to copy, forward, or distribute this article for non-commercial use only, as long as this copyright byline, in totality, is maintained in all duplications, copies, and link references.  For reprint permission for any commercial use, in any form of media, please contact stephrcrosby@gmail.com.

Would you like to partner with us in distributing our materials and perhaps generate some income for yourself?  Please go to www.stevecrosby.com for details of our Affiliate program. This ministry is sustained by the freewill offerings of those believe in the message of a radical grace in a new covenant understanding. If this article has been a blessing to you, would you prayerfully consider making a tax-deductible contribution through our Paypal button to help? Thank you and God bless you.