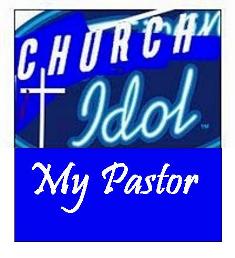 The church has been on a pendulum swing for two thousand years from extremes of totally adoring leaders or some individualistic notion that “we don’t need anyone but God.”  In my twenty-five years of ministry, I have personally experienced moments of extreme adoration (when all is going well) and the awful disillusionment following unhealthy confrontations. I have ridden the full spectrum of the pendulum from highs to lows, both as a disciple and as a mentor.

It has always been the plan of the Father to reveal His nature to man through His Son the Lord Jesus Christ, the God-man.
The Father understood human nature and how we need visible examples with skin on them. Today it is no different. For proper discipleship to take place, we need to see examples of Godly men who are following hard after Christ.

The Lord Jesus instituted no seminaries, he left no religious how-to books, no catechisms, no baptism classes, and he left no Mecca for people to go to whether that be Jerusalem, Redding California, or Kansas City, Missouri. His discipleship plan takes time so there is no intensive available. The plan calls for a son to follow a father. Disciples need fathers and fathers are made for sons. No one can father himself!

6 And he will turn Tthe hearts of the fathers to the children,

And the hearts of the children to their fathers,

Lest I come and strike the earth with a curse.” NKJV

Where is the biblical balance?  Who is responsible for maintaining the proper relationship in which God gets the glory He deserves?

Let’s begin by looking at the two extremes Pastor Idolatry:

Extreme adoration can cause us to surrender our right and responsibility to judge what is said, to the point of complete and unquestionable obedience to the pastor.  These “little popes” move about in their mini-kingdoms, followed by their entourage-like celebrities.  To question them is to question God.  It is common to hear things like: “I love my pastor!” from the congregation, instead of: “I love how the Lord uses them.” These disciples have become emotionally attached to the point that even when these leaders are found to be in some type of blatant sin, they continue to worship and adore them with their full allegiance.  This is “not healthy.”

Extreme individualism is the famous “I do not need anyone to lead me” syndrome.  If you ask such a person, they get all of their direction straight from God by way of the Holy Spirit.  Forget that the Lord created the church to be a body with many parts.  So any limitation or direction coming through others is nothing but the devil.  They do not see any value in five-fold leadership and equipping, because “they hear from God.”  They are usually found in clumps with other rebellious friends who think like they do.  Truly, the phrase “birds of a feather flock together” is fitting.  Many hurt and immature believers fall into this trap and, should you go near them, you will hear them tearing down some leader (usually the one they just left).  Lots of what they are saying may be true.  But, that is not the godly way to deal with such matters.

For years many leaders have taught New Testament believers on this subject from Old Testament models such as Elijah and Elisha.  Nothing wrong with some of the concepts, but if we are now going to dig for the apostolic foundations upon which the church is being built, we must begin our search from the book of Acts forward.

11 Now when the people saw what Paul had done, they raised their voices, saying in the Lycaonian language, “The gods have come down to us in the likeness of men!” 12 And Barnabas they called Zeus, and Paul, Hermes, because he was the chief speaker. 13 Then the priest of Zeus, whose temple was in front of their city, brought oxen and garlands to the gates, intending to sacrifice with the multitudes.

14 But when the apostles Barnabas and Paul heard this, they tore their clothes and ran in among the multitude, crying out 15 and saying, “Men, why are you doing these things? We also are men with the same nature as you,

In the verses above we read of the response of the masses to the miracles and the gifts in Paul and Barnabus—not unlike what we see in some of the church today.  I share these verses to show you who should be responsible for making sure that nothing is attributed directly to them.  The Lord certainly does not hold the immature believers guilty for doing in the church what they did in the world prior to their conversion.  It is the leaders’ responsibility to understand these things and keep the relationships pure between leader and disciple.

For those who have served well as deacons obtain for themselves a good standing and great boldness in the faith which is in Christ Jesus.

The above verses concern deacons and the “good standing” that the exercise of their gift provides. If that is so, then how much more does an elder have to watch out for, so that this “good standing” doesn’t get out of hand and become hero worship?

There are many verses in which Paul and Peter attempted to balance the disciples thinking and give glory to God. Here are just a few:

1 Cor 15:10 I labored more abundantly than they all, yet not I, but the grace of God which was with me.

2 Cor 12:11 for in nothing was I behind the most eminent apostles, though I am nothing.

Gal 6:3 For if anyone thinks himself to be something, when he is nothing, he deceives himself.

Phil 3:12 Not that I have already attained, or am already perfected;

1 Peter 5:3 nor as being lords over those entrusted to you, but being examples to the flock.

Many leaders today have understood the man-made clergy/laity distinctive is not biblical.  Yet, we have not fully unloaded the baggage that came from our prior thinking. The hardest error to see is your own; that is why the proper word for a New Testament leader is elder, and it is always found in plural such as in the presbytery and, no, a paid staff is not a presbytery.

Here are some of the ways we uphold the clergy/ laity separations and say worship me:

What should a leader do?

We should humble ourselves before the Lord and the disciples we have been entrusted to watch over. We should lift Jesus up as the sole recipient of any Glory and the central figure in our midst. Finally we should refuse to take adoration and worship when an immature believer applauds us for something we know only the Lord does.

Is it easy? No.  But, I tell you this, we are living in a time when the Lord Jesus Christ wants His church back. She is His bride and He will not share her with mortal men.

May the Lord use us greatly in the coming days, and May the Lord Jesus Christ get all the glory due His name!

Jose Bosque is Editor in Chief and founder of Viral Cast Media which oversees GodsLeader, JaxChristian now ViralChrist and 15 other websites. He has ministered in Jacksonville since 1987 and served the city since 1992 as a citywide servant leader.
Jose is considered a resource and a spiritual father to many leaders in the city and in the 54 nations where the Lord has sent him to serve. Originally born in Cuba, Jose has resided in Jacksonville since 1966.