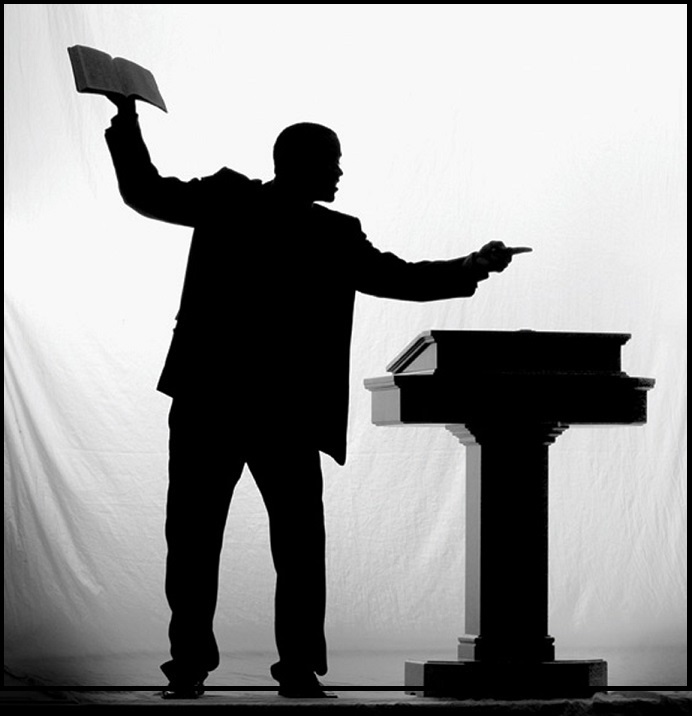 I could just see a pastor asking his members this question.How are my Sunday Sermons? Perhaps that is not the best way to judge the value of a leader’s ministry.The real question should be: DO WE GATHER FOR A MONOLOGUE OR A SYMPHONY when we come together? Here is a recent discussion I had on the subject with a brother (Chuck) and I thought it would serve as a valuable lesson to those who are listening.

I have been following your more recent articles on one-man preaching in the church and that it is unbiblical. As I try to understand your teaching, it seems to me you have married one-man preaching and one-man rule, leaving no room for one to function alone. I personally object to one-man rule as practiced by Southern Baptists, but see a need for one-man preaching during worship and out of worship. This does not mean that this one person is the only preacher/teacher, or his ministry is the only one promoted during worship or other church gatherings. How else can we disciple?

Thanks for your inquiry! Seems hard to believe that we first met around 1970!

Several thoughts come to mind in response to your concerns. Jesus is in every believer by the Spirit. He promised that out of believers would flow rivers of living water. Thus, when believers gather, each one has a portion of Christ to bring to the feast. In Christs body, a feast cannot be pulled off with just one voice. The biggest window we have of a gathering is 1 Corinthians 14. What comes to expression here is not one voice, but many voices  each one of you has . . . There are not a few leading up-front because there is no front! The huge question I have asked many times is Why do we discard this NT  revelation in order to listen to one voice? R.C. Sproul said that Protestant worship essentially amounts to listening to a sermon. Why do people who claim to go by the Book centralize something that is nowhere to be found in the NT? And by doing this, what is in the NT  an open meeting  goes undone.

You say, I do see a need for one-man preaching during worship and out of worship. But, Chuck, where is such a need to be found in the NT? Do you see a need for a gathering in which each one can share Christ and build others up? This kind of meeting is to be found in the NT. One-persons speech (sermon) is a human tradition that spring up in the mid-Third Century, not a mandate of Christ. It seems like you are being hard and fast about an activity that is without any NT evidence, and runs counter to the evidence there is.

In the NT preaching is an activity outside the body meeting that is directed to unbelievers. In this proclamation, there is usually a team involved, not one person.

Please understand that in what Im advocating, I am not saying it is wrong for one person in a body-gathering to present a teaching. In the life of a healthy body, that will no doubt happen from time to time. But the point is, such a teaching could come from anyone in the group, not just a designated one or a few (clergy), and such teaching would not dominate a group, in the sense that there is a feeling that we need a teaching every time we get together. In the NT, singing is called teaching. Christ’s gatherings are Spirit-led, so there is variety and spontaneity, not predictability (as in following a bulletin).

What I’m presenting is a totally different paradigm than the traditional building, pews and pulpit set-up. Im talking about people filled with Christs living waters coming together to express Him as the Spirit leads. Amazing things occur in such open meetings. An unbeliever can come in when all are prophesying, the secrets of his heart are exposed, and he falls down on his face and declares, God is really among you.

My guess is that over the years you and Greta have had wonderful things from Christ to share with the body, but the lion’s share of the time it didn’t happen because in traditional church structures only those up-front speak to those who are seated. For the most part, the beautiful things of Christ residing in His people are muted, and we settle for a monologue instead of a symphony.

If you want a detailed Biblical and historical study about these matters, I highly recommend To Preach or Not to Preach? The Church’s Urgent Question by David C. Norrington. We reprinted it, and it is available from us, as you probably know.

R.C. Sproul: In Protestant worship for the most part, we sit and listen to a sermon (Good Question! p. 353). Paul: You may all prophesy one by one . . . . Each one of you has a song, a teaching . . . Which will it be? Which one do we have reason to believe is the voice of Christ?

Thanks so much for your questions. I hope I have given you some things to chew on!

See also these related articles below