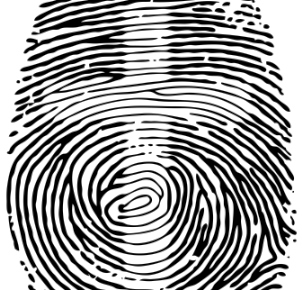 One aspect of God’s kingdom deals with who we are as Christ’s followers and where our loyalty, identity and belonging rest… Over the years I’ve heard lots of teaching about our identity in Christ. Notions like we are, “God’s workmanship,” “the Redeemed of God,” or “sons of God.” While I’m not in protest of these articulations; I find them either ethereal or vague in practicum… I am sure most of these ideals are well meant. However, I do not see a direct link to their meaning within the context of the Kingdom of God (KOG) as the subject on which Christ taught most. Therein is the problem.

I find a significant mass of “Christian teaching” utterly divergent from the message of Christ. David W. Bercot,* agrees with my contention in his book, The Kingdom That Turned the World Upside Down. Bercot states, “We’ve all been given the impression that the primary purpose of Jesus’ coming to earth was to save us from our sins.” Thus, belief and teaching largely circle around a euphoric, personal, “salvation experience.” This is quite opposite of Christ’s actual message. Today this experience is seized upon as a glorious end in-and-of itself rather than a true, but adolescent moment on our journey to the greater things God has for us wherein our cooperation and discipleship requires us to walk in God’s desires.

Our True Kingdom Identity – Who we are

We are “sons of God” —gender neutral— [a.k.a. children of God]. I remember a preacher getting on once about sons of God, saying, “that ought to be enough to make an Egyptian mummy shout,” contrasting the congregation’s uber dedication to Nebraska Football with their ambivalence to being sons of God. Being a child of God is something we should be excited about. But how does this truth fit into the KOG as a now-reality?

We are “God’s workmanship.” I remember Keith Green singing this in the late 70s in a song titled: “If You Love the Lord.” Green lyrics continue, “He calls us to offer up ourselves a living sacrifice.” Both of these lyrical statements are true and biblical to the core… However, if they aren’t understood in the context of the KOG as a now-reality, how is this anything but ethereal?

We are “the redeemed.” The concept of redemption is littered throughout the Old and New Testament because it is ultimately the heart of God. It concerns being bought back from obscurity, being retrieved from one sort or another type of slavery “being restored to full dignity” and acquiring full recognition in God’s economy. But how does this fit into the context of the KOG as a now-reality?

Without the context of the KOG as a now-reality, the question of who we as Christ’s follower has very limited meaning. It’s tantamount to a stage play without the sets, costuming or lighting; trying to figure out if we’re playing Beowulf or Sense and Sensibility. And thus, the meaning in modern notions of “our identity” becomes self-guided and ingrown foray because there is no practical context to which “our identity” applies.

The little details in scripture really are the “big things.” I feel most miss these as a regular course. There might be any number of reasons for this. In any case, we need diligence to discover truth no matter where it takes us. God’s kind of truth is a gregarious and high-cost involvement. It is available to all, but only those who dig in find it, (see: Matt. 13:45-46). On top of it, it will cost you everything to acquire it.

Two texts with little details in them render epic truth, the likes of which you’ll not hear anywhere in the west. Yet these continue to be part of the public record of the New Testament for centuries.

2 Corinthians 5:17 KJV Therefore if any man be in Christ, he is a new creature: old things are passed away; behold all things are become new.

We are new in Christ, what could be more dynamic than that? Yet, there is a “little detail” in the KJV, which no other English version catches. The original Greek also uses the equivalent to this word. Thus it was the intent of the Holy Spirit that we understand this “little detail.” The word is “all.” The impact of that word is; what is not included in that “all”? This is where the typical “identity” teachings become vague and ethereal. Does the “all” touch us just regarding our standing in front of God: the proverbial “clean slate” notion? Or does this “all” touch everything about us? Without adjoining texts one might be led to take the simplistic and spiritualized “clean slate” notion so common today… Yet there are numerous texts that give application to what is meant by “all” in this Corinthian verse.

Philippians 3:2-11 NASB 2 Beware of the dogs, beware of the evil workers, beware of the false circumcision 3 for we are the true circumcision who worship in the Spirit of God and glory in Christ Jesus and put no confidence in the flesh, 4 although I myself might have confidence even in the flesh. If anyone else has a mind to put confidence in the flesh, I far more: 5 circumcised the eight day, of the nation of Israel, of the tribe of Benjamin, a Hebrew of Hebrews; as to the Law a Pharisee; 6 as to zeal, a persecutor of the church; as to the righteousness which is found in the Law, found blameless. 7 But whatever things were gain to me, those things I have counted as loss for the sake of Christ. 8 More than that, I count all things to be loss in view of the surpassing value of knowing Christ Jesus my Lord, for whom I have suffered the loss of all things, and count them but rubbish in order that I may gain Christ, 9 and may be found in Him, not having a righteousness of my own derived from the Law, but that which is through faith in Christ, the righteousness which comes from God on the basis of faith, 10 that I may know Him, and the power of His resurrection and the fellowship of His sufferings, being conformed to His death; 11 in order that I may attain to the resurrection from the dead.

The “little detail” here in Philippians is a grammatical construct. Each underlined phrases find their basis in the Greek word hina. This word, like “in order that” in the English, is a conjunction, which ties a result to a restrictive clause. In this flow of scripture, Paul talks against putting confidence in the flesh. Recounting all that Paul could put confidence in; he says some shocking things. He counts as “loss” in the NASB. The Greek and KJV are much more graphic using the term “dung” in conjunction to how Paul considers his former dossier.

What are these texts telling us?

The “all” in 2 Corinthians 5:17KJV deals with our entire existence…. Paul took his own teaching serious and builds upon the meaning of “all” when we get to Philippians 3. Later in Philippians 3:20, Paul states our citizenship is in heaven—meaning heaven is where our belonging and identity stem from. Back in 2 Corinthians 5:20 Paul says that we are ambassadors. An ambassador is someone who doesn’t belong to the realm he is in. He represents his realm to wherever he is at.

To illustrate how serious Paul was about “not belonging” (to the body politic, society, culture, social convention, class, ethnic or religious connections…) check out his situation in Acts 16. Paul goes to Philippi to preach and plant a church. A situation develops where civil charges are brought. Paul, a citizen of Rome according to the flesh, accompanied by Silas; took an unlawful beating without saying a word. If Paul valued his earthly citizenship, the way modern Christians do, he would have saved his skin. However, because this earthly value was counted as a loss in order that Paul could gain Christ, it was nothing more than a tool the world recognized that could be laid down or used to further the gospel instead of insuring comfort, ease and a basic level of “justice” in the temporal order.

Another text helps us see more of how our identity, as scripture mention it, deals with the whole man: not just a heart condition or positional truth.

Romans 6:3-4 NASB 3 Or do you not know that all of us who have been baptized into Christ Jesus have been baptized in to His death? 4 Therefore we have been buried with Him through baptism into death, in order that as Christ was raised from the dead through the glory of the Father, so we too might walk in newness of life.

Paul uses “death” in this allegorical teaching to drive at real-life application. Paul speaks of “newness of life” which is not allegorical, nor eventual. As Christ was a different reality after resurrection, so to we become “new creations” through repentance, baptism, and sanctification. The newness of life is that we live, move, and act according to Christ who is from a different realm; yet while we remain in the physical world.

The truth of God’s workmanship, the Redeemed of God, and sons of God…

These truths only have substantive application in the KOG, a now-reality that is a competitive reality to “the world.” As God’s workmanship, He is continually reinventing how we can live before the world in utter contrast; as it changes its game in the attempt to deceive… In the KOG, God redeems us from what “the world” and sin has done to mankind. And this redeeming isn’t just to go to heaven some day… In reality, we are no longer the “us” we used to be as part of “the world.” The KOG is to be who and what God wants us to be in the now-reality of this physical-temporal existence as ambassadors amidst the foreign realm of “the world” which is an evolving degenerative reality. And we are sons of God because God has made us entirely new creations within the physical reality of a fallen world that is passing away…

We can’t spiritualize everything

If the KOG is not a now-reality, we will spiritualize the teaching of scripture and mentally agree with: but nothing beyond a head-trip. Truth becomes ethereal and vague only having an emotional, personal and individual sentimental value if it is divorced from the kingdom of God as a now-reality. Without the KOG we can settle back into the world, because truth is only a belief-in-a-belief instead of a dynamic that contrasts the world through a competitive reality.

***Note: I am not advocating David Bercot per say. I am noting that he sees some of the things I see, which is a missing detail in modern perspective.