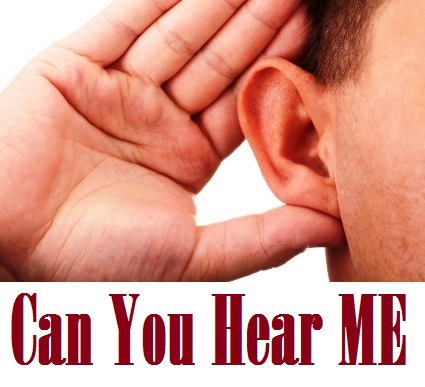 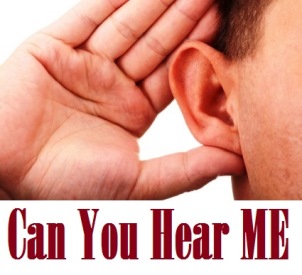 Until the current leadership of the Church learns that the Word of the Lord can come from anyone, at anytime and from anywhere, the Body of Christ (His One Church) will remain divided and crippled by her ignorance. We have been messed up so long that some of the things the Lord is saying will actually sound strange to our American Christian ears. There are many things that the current leadership of the Church needs to learn so we can again feel the sweet wind of His presence and His favor among us. Many in the Church today would say the Lord is with us, to which the world would probably respond, then why doesn’t He go with “your” people when they leave the building?

We have traded performance for presence and confused hype and charisma with anointing. The first church lived on prayer, and it’s sad to say today the silence among us is deafening. We have learned to fake everything but the Heaven sent, tear stained cry of a broken man praying to an all sufficient God for His people. The truth is most pastors can’t pray, so now we have professional intercessors to lead us in prayer, and most of them just say the same things Sunday after Sunday. We might as well go back to lighting incense and walking around the pews.

It is to me first, to His Church, and to her leadership, that I pen these words. Hear the Word of the Lord!

Until the current church leadership learns the following principles, we will remain in our condition.

When God wants to speak;

God doesn’t see a hierarchy – there are no titles with God, no one greater or lower. Yes, He recognizes the five-fold gifting. However, it isn’t intended to Lord over His people; rather, it is to come alongside or under to raise the members of the body up to be the best they can be.

God doesn’t recognize geography- There no nations with God. He is not nationalistic. There are no city boundaries. He doesn’t care if you are in Jerusalem or Podunk, Alaska. When God wants to speak, he doesn’t care whether you are north or south of the Rio Grande. God is not an American.

God doesn’t recognize political designations- He doesn’t care if you are Republican or Democrat, Tea Party, or Coffee Party. God is not impressed by the majority. He is not democratic. He is theocratic, and only He rules in His Kingdom.

God is not a sexist- When God wants to speak, He doesn’t see gender. All those gender-based social boundaries came down at the cross. Yes, each gender was created with particular functionality, but none that would hinder one or the other from being used by God at anytime.

God is not a racist- He doesn’t see skin color as a factor when He wishes to operate through a person. To God there is no black, white, Hispanic, Asian, Jew, or any other race. God only has one chosen people and that is His Church. When God looks down He only sees two things; in the body or out of the body, born again or lost.

God is not a denominationalist- He is not Baptist or Assembly of God, nor does He care. He is not impressed with our fake non-denominationalism either. “Denom” means “of the name” and some congregations are all about their name and their people are infected with a “we are THE church” arrogance that is a sickening stench in the nostrils of God.

God is not a student of Human Architecture- When God wants to move, He doesn’t see buildings. He is not impressed by that which has been built with human hands, but He rejoices with the Church He is building in human hearts. For that reason, He doesn’t see the front or the back of the building. He doesn’t care how ornate your platform or how high your podium. He is searching for hearts. When he hears singing He doesn’t differentiate the choir, the praise team or the “audience.” He listens only to people. You could be sitting in the parking lot, in your car, outside your church, crying because you feel so unworthy to “go in” and catch his attention more than all that is going on inside.

God doesn’t work for the Census Bureau – God is not impressed with human success principles.He doesn’t see big or small because size is not important to Him. Since all His Church is HIS Church, no congregation gets more or less attention based on attendance. The only church growth numbers God is keeping is in the body and out of the body. You can create the best entertainment schedule, bring in all the “big” speakers, singers and praise teams from all over the world and all you’re doing is playing musical chairs with immature believers.

God doesn’t own a Rolex– God doesn’t keep time. He is in the eternal now. He is not impressed with your keeping the Sabbath on Saturday or your services on Sunday Morning. There is no more holy time with God. When God wants to speak to his people, he doesn’t need a pastor or priest to mediate the word at a particular time and place. God is not impressed with human holidays or feast days. Those are all types and shadows. His season begins anytime a desperate, hungry, and broken heart calls out in repentance to a holy God.

And when it comes to His people;

He doesn’t see physical; cute or ugly, tall or short, fat or skinny, if you have good hair or “bad” hair. Who decides that anyway?

He doesn’t see social status; if you are rich or poor, or what kind of car you drive. He won’t do a demographic study before He decides if He will minister to you.

He doesn’t hear like we hear; so there is no good speaker or bad speaker. You can speak with a stammering tongue like Moses, Paul the apostle, or Charles Swindoll one of today’s greatest Christian writers.

He doesn’t see education; MBA or GED, He doesn’t care if you went to a seminary or studied to work for a cemetery. He is looking for maturity and character in the human heart.

He doesn’t see externals; suit or shorts, hat or sandals. You can’t impress God with your dress, so you can’t put on your “best for God”. He looks through “church clothes” because he only sees internally.

He doesn’t have generational issues- He doesn’t see young or old, children or seniors. It doesn’t matter if you have been saved for 30 years or 30 days. It’s what is in your heart that counts, and what you have done with the time that you have known Him.

Finally, until the current church leadership learns that God is only looking at hearts, and He only recognizes His One church, we will remain divided and weak. If the Shebnas and Sauls don’t repent and turn from their wicked ways, God has Eliakims and Davids in training whom He will set up at His appropriate time. God is only attracted to faith and humility, and He blesses them with His Presence.

Jose Bosque is Editor in Chief and founder of Viral Cast Media which oversees GodsLeader, JaxChristian now ViralChrist and 15 other websites. He has ministered in Jacksonville since 1987 and served the city since 1992 as a citywide servant leader. Jose is considered a resource and a spiritual father to many leaders in the city and in the 54 nations where the Lord has sent him to serve. Originally born in Cuba, Jose has resided in Jacksonville since 1966. Contact Him at: www.RevivalPartners.net or ForRevival@aol.com Editors Note: Please help us continue to get this word out for free- No amount is too small- Thanks for your generosity! DONATE CLICK HERE