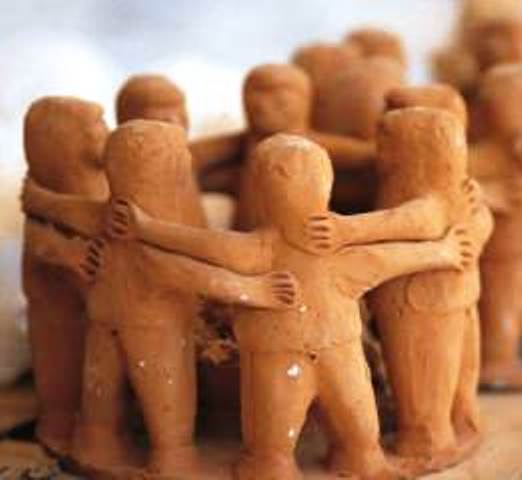 With over 40 years invested in this quest for what is the true church, David puts a pin to the bubble of human nature’s desire for recipes and man-made blueprints. The church is here, she advances under the leadership of Christ, and Holy Spirit is willing to confirm and validate her presence to any hungry willing heart. Editor JLB

Many forward looking Christians are longing for the revelation of what true church should be and what it would look like in its ideal form. They want a practical description from which they can create a model that would insure tangible results. This desire is growing ever stronger today due to the obvious impotency and dysfunction of what is presently called ‘church.’ Ironically, many of those who have left the religious institutions have bought into the same system dressed in another form. Some have started other movements outside of the institutional structure that are moving quickly toward the very dead end they are attempting to escape.

One problem lies with the false assumption that the church is a construct. Yes, we all know that from an academic standpoint, the universal church is not a building, a denomination or a system. It is the body of Christ, comprised of all those who have come into a personal relationship with Jesus. But when it comes to identifying the church in a given local, the living reality of Christ’s glorious body is lost. The church, which Paul describes as “..the fullness of him who fills everything in every way” has been traded for a building where tithe paying units fill pews on Sunday and call it church growth.

As an expression of the kingdom of God, church cannot be identified as a unit or measured in terms of numbers. Nor can it be separated from kingdom in terms of nature, principle or function. Jesus said very little about church and much about kingdom, because kingdom defines the former. What Jesus told the Pharisees applies to church as well: “The kingdom of God is not coming with signs to be observed; nor will they say, ‘Look, here it is!’ or, ‘There it is!’ For behold, the kingdom of God is in your midst.”(Luke 17:20-21) But living within the boundaries of space and time, we attempt to place earthly limitations on kingdom realities and assume we can cut a linear path along which to move the church forward. But God doesn’t live in space and time and nothing he is or does can be measured or compared to anything else. We cannot fully comprehend kingdom, we can only allow God to draw us near to him so that we will always be reaching out to apprehend that which he has prepared for his church.

The apostle Paul did speak of the church that meets at the house of Priscilla and Aquila, but that didn’t make their home a house church, nor could one define church by observing what took place in the meetings. As the church dispersed and left the house, the church as a unit would become invisible and her real work and greatest impact on society would begin. Each individual would bear the essence of kingdom life in whatever she or he did and wherever they went.

But never would Paul or any of the apostles attempt to build the church in a context other than by sowing and watering the seed of truth. This, he made clear was still of no use unless God gave the increase. Nothing kingdom can be built by man’s hands or man’s plans. Jesus Christ is the foundation and builder of the church. He causes growth as each member of his body walks in love, obeys the Spirit and functions as leaven in the home, work place, market place and in every other facet of society. One cannot identify or measure yeast that’s been absorbed into a lump of dough.

What is the True Church?

The church is “..Like a mustard seed which is the smallest seed you plant in the ground. Yet when planted, it becomes the largest of all garden plants, with such big branches that the birds of the air can perch in its shade.” The church was birthed at the cross and was sent from heaven after Jesus resurrection. It is no less heavenly today, and functions on earth by heavenly (kingdom) principles. To think man can build, measure or manage it is absurd.

Sacrificial love births thriving community where the kingdom of God is in the midst of his people. New souls are birthed into the kingdom, the poor are served and the sick and lame are healed. Light comes to dark areas of society and Jesus is lifted up for the world to see. These all provide glimpses of the church and are signs that she is functioning as his bride. But none of these wonders will spring from a set form, methodology, structure or routine. Like the Holy Spirit and the wind, you can feel the effects of the church but cannot determine where she’s coming from or where she is going. Nor can her full impact ever be seen or measured. What can be seen is Jesus and the immeasurable love that flows from his heart and through the lives of those who have abandoned all to follow Him.