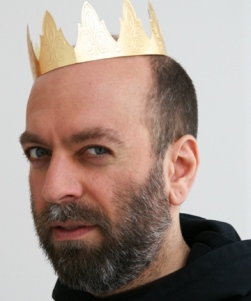 An insular and isolated leadership culture is a persistent problem in many expressions of the body of Christ. In doctrine, many of these cultures have the theology and language of servanthood. In practical expression, their leadership culture is one of hierarchy, elitism, secrecy, immunity, and privilege. So read on and you decide; are Christians wounded by the Church?
One would think from the amount of teaching, literature, media, seminars, about leadership, that it was a critical component of the gospel message. Yet when we search the Scriptures, we find much about fatherhood (gender-neutral), discipleship, servanthood, and “following,” but little about “leadership.” Madison Avenue corporate values have so poisoned the Western version of the gospel, that we don’t know the difference between effective kingdom ministry and efficient running of an organization. Fortunes have been made in popular Christian literature espousing various “leadership principles” that Jesus would not recognize as His. We think the values of the boardroom and the prayer-room are compatible. They’re not.Many “independent/non-denominationl networks” are more papist in their leadership theology and practices than the Vatican. Some who ardently and aggressively espouse Protestant Reformation doctrine for salvation are thoroughly Romanist in their practice of leadership. Little Protestant Vaticans abound. The only difference between themselves and Rome is that Rome has worked the matter of its belief and practice regarding “leadership authority” more thoroughly and with more interior logic to its natural conclusion, and isn’t bashful about it.  Protestant popes are just in denial.

Immunity from criticism is expected and promoted by those who have the reins of control in these wicked and toxic church cultures.  In order to maintain this immunity, dissent must be portrayed as disloyalty, and disloyalty must be punished, either overtly by demotion and shunning, or by more subtle methods.One way a leadership immunity culture is maintained is by inordinate and unidirectional emphasis on honor. That is, honor is defined as never disagreeing with, challenging, or confronting a leader on anything he or she teaches, or in his or her behaviors. In this type of universe, honor flows in only one direction . . . up the hierarchy. The biblical admonitions to honor one another and to honor the least honorable are lost in the sea of leadership privilege. A healthy kingdom culture of mutual honor is not to be found, and in its place is a docile, groveling, emasculated servility and the insecure controllers call it loyalty, submission to authority, and honor.

For the last fifteen or twenty years, it was common for any normal expression of personhood that happened to challenge a leader to be dismissed with the epithet of “Jezebel or Absalom spirit,” and “you have a problem submitting to authority.”  Thankfully, that canard no longer has the control on many of God’s people the way it used to.[1] But, alas, the ever-inventive, insecure, authority-intoxicated, control-mongers do not lack for creativity. There is a new-Jezebel, a new dismissive and condescending magic word used to assure leadership insularity: “You are wounded;” “you have a wounded spirit.”This is a kinder-gentler version of the Jezebel accusation. It is an attempt to dismiss the CONTENT of an objection or criticism from someone deemed  as inferior, or not as spiritually-enlightened, by pointing out (accurately or not) the soul-damage of the individual bringing the criticism, or the improper WAY in which the criticism is brought. This is an attempt to come across as “caring” for the individual bringing up the issue, yet still maintain absolute control.  It is a form of condescending paternalism. It is implied that there can be no merit to the objection or criticism, because after all, “Aw, shucks, dearie, you are so wounded . . .”Let’s think about the irrationality of this very common “leadership” dynamic in many churches and so-called “networks:”
1.Could it not be possible that a fully functioning, normal, healthy adult simply disagrees with you and a particular slant on some topic that as a preacher/teacher/pastor/ leader you might be espousing?  Could it be that perhaps, the individual is not wounded, but that you are just wrong? As ridiculous as what I am about so say is, in many atmospheres of “spiritual fathering” and “apostolic authority,” that possibility is not seriously allowed. There’s a demeaning attitude where anyone chronologically younger, or spiritually less mature[2] is treated dismissively like a “child” who “just doesn’t get it” or who “just doesn’t have the revelation” or “who needs healing.” Never mind that the scriptures say that child-likeness is a key to spiritual riches, no, no, not for us–we are going to unload our self-perceived vital profundities on an eternally subordinate class of unenlightened and psychologically co-dependent “children” and call it “spiritual fathering” . . . it is not spiritual fathering. It is an unhealthy need to be needed. Sacrificing  other people’s resources (souls, time, finances, energy) on the altar of personal drive, ego, and ambition for “ministry greatness” is not spiritual fathering. It is pimping souls.
2. For the sake of argument, let’s say the individual is indeed wounded. So what? What has that got to do the merits of the objection they might be bringing? My goodness, even a jackass (Balaam’s donkey) gets it right now and then, and being a jackass doesn’t mean that what the jackass is saying has no merit!
3. What if you, as the “leader” or “spiritual father” of the group are yourself, responsible for the wounding of the one who you are accusing of being wounded! Is dismissing their objections criticisms and concerns helping them?  Of course not! It is producing more wounding! YOU ARE THE PROBLEM! As Nathan said to David: YOU ARE THE MAN.
4. Is it not likely that we are ALL wounded in some way, and that we are ALL in various stages of transformation into the image of Christ? Why is it assumed that leaders are whole people? It has been my  experience that leaders are just as broken in many areas as the rest of us! But the phony-baloney church leadership culture disallows authenticity and transparency. I was actually taught never to show weakness to someone who is your “subordinate,” because if I did, the subordinate might “lose respect for me” and not “submit to my leadership.”  This makes me want to vomit. I wish I could say I heard this in only one place. I DID NOT. IT WAS NORMATIVE LEADERSHIP TEACHING, summarized by this cute LIE: “Counsel down, confess up” meaning, never show weakness or need to a subordinate. This is egregious wickedness masquerading as “leadership teaching.” Some of the most dangerous people I have met are wounded, staggeringly insecure, needy, unhealed, leaders who need the validation of others so badly in order to feel good about themselves and the “revelation” they believe they carry, that they think the rest of the world “just has to hear.” Nobody’s “revelation” is that vital. Just Jesus is.

Are Christians wounded by the Church?

The next time someone tries to dismiss you with the shibboleth of the hour: “you’re just wounded.” Take heart. You might be, and you might not be, and it has very little to do with the legitimacy of your differences and concerns. If every thought, concern, objection, or criticism you have is dismissed with the wave of the magic-wand of “woundedness,” you need to rethink your associations. You may be in a cult, and if not a cult, you are in a very unhealthy spiritual relationship. For your sake, I beseech you in the mercies of the Lord, do not let other psychological and social pressures keep you in an environment and relationships that are detrimental to your spiritual well-being. Make a change, no matter what the cost.
“““`

Join us this week as we discuss another insidious doctrine that’s ready for a sacred cow barbecue. This week Stephen Crosby, S.J. Hill and Steve Bremner chat it up again, and this time cover ‘the new Jezebel’–which is nothing more than a newly packaged old lie, which basically discourages anybody from asking questions or challenging things that are said or done. It’s a subtle form of manipulation that some leaders use in order to insulate themselves from being challenged. It’s a form of manipulation, plain and simple.

We discuss how this works, and spend the second half of the conversation discussing practical ways we can change this in our own personal lives and in our fellowship with one another. Give it a listen as it’s definitely the most insightful conversation the three of us have had together on the podcast so far.

——————————————————————————–[1] Everyone I have ever heard teach on that topic has himself, had a problem with authority. The strength of sin is the law. When an individual harps on a topic, he or she has a problem with that topic in his/her own lives. The folks I have heard teach about Jezebel and Absalom, themselves are Jezebelian and they use the teaching of it to cover their own desire for control and power.[2] In some cases, just being female is enough to dismiss you.Copyright 2012,  Dr. Stephen R. Crosby, www.swordofthekingdom.com. Permission is granted to copy, forward, or distribute this article for non-commercial use only, as long as this copyright byline, in totality, is maintained in all duplications, copies, and link references.  For reprint permission for any commercial use, in any form of media, please contact stephcros9@aol.com This email address is being protected from spambots. You need JavaScript enabled to view it. .