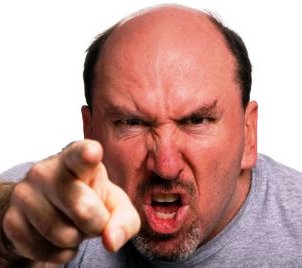 What I am about to write I pray is birthed in my love for Christ’s Church. I pray that it is motivated by the holy zeal that rises up in me when I see church leaders abusing those whom God has called. I pray that it is said clearly, but with love, for what is not birthed in love is sin. Don’t be surprised by the accuracy of the assessment, as I would not know so much about the problem if I myself had not been part of the problem at one time. I am living proof that even the worst self-centered controlling culprits can change.

As I survey the Present Day Christian Landscape, everywhere you look there are wounded warriors. Sick and Evil people are everywhere too using the name of the Lord to cover their sin and to fleece the Flock of the Lord..Some of them if you take away the check and they will never be seen again. Others to protect their position and state have made it so they and their family own the building, the grounds and everything you see. They built it with your money! So much of whats going on is a shame to the Name of the Lord Jesus Christ.

Before I begin I want to say, the current religious system breeds these self centered, arrogant self-serving leaders. I know, I was one, maybe not to the extent that I have outlined here, but it’s what the sell-your-resume,seminary trained, institutional church system taught me to be. No one can have such a profound effect on you, as an up and coming Christian Leader, as the man whom you you placed your faith and trust in, your pastor. Everything reproduces after its kind choose carefully.

I share this with hopes that we will all check ourselves, pray and take a hard look into the motives of why we do what we do. The Godly Leader will not be offended. He will simply realign himself in the Lord if he needs to. The evil ones will get hot because their evil deeds have been uncovered.

Here are 12 principles in the “modes operandi” of a controlling church pastor:

2. He travels but you don’t. It all about you helping him achieve “his Ministry”. He travels because he loves the worship given to Americans in third world countries and around the country.

3. He is not a Gatekeeper; he is more like a Prison warden. No one has permission to go anywhere except where he says, when he says.

4. He refuses to release the people to God’s call in their life. He talks a good talk, but reality is there is a wasteland, a literal human junkyard of those he has blacklisted.

5. He is always training you for ministry but you never graduate because you never quite measure up. The truth is he is only interested in spectators for His next Wow-teaching. He is on a power trip! He “needs” to be heard.

6. The only legitimate ministry is that which is hyper-linked to him and to the name of his ministry. It’s about His name or the Ministry name rather than about the Lord Jesus.

7. He maintains a strong Propaganda Network complete with spies, blacklists and the Pastor-Approved grapevine.

8. Most long time “Members” are dumbed down zombies who will never challenge his abuse and control. They go like “sheep to the slaughter”. They “need” him to like them. They find their worth like him in his titles, the grandeur of the building and the size of the congregation that attends

9. People leave suddenly and those who leave are leaving hurt. They appear stunned for months and it takes them quite awhile to engage in the Lord’s work again. To avoid the fallout, especially if the person was liked by the congregation, this controlling leader will begin an email smear campaign against those who dare to leave. He will also direct his lieutenants to avoid them and they will oblige like zombies. Finally pronounce judgment on those who leave “His Covering”.

10. Watch him carefully during worship! He cannot praise very long because he is too busy making sure he has his fingers into everything that is going on. He isn’t just serving in a ministry. The ministry is him and he is the ministry. Say you don’t like something and watch the contortion on his face.

11.The controlling leader has no tears! Doesn’t he feel? It’s like he is super human! He has an answer for everything. There is no transparency. He leads a secret life with a short list of approved followers that he will allow near.

12. Finally, he is a ministry loner. His “friends” are not in this area. He has no relationship with peers who can get in his face. The only thing apostolic about him is the title he demands from others and puts on his self promotional material.

After reading this, some of you will say, I know exactly who he is talking about and why didn’t you just mention his name? The sad truth is that in the NE Florida area there are more than just a few leaders who operate like this. Understand this. the religious system is a worldwide hindrance to the Church of the Lord Jesus Christ..

While there is “no shame in their game” I will not stoop to their level to call them out. They had better pray the Lord doesn’t  ever give me the go ahead to call them out publicly. I feel soory for them because they too are lonely but they will never tell because the show must go on! How sad that their whole existence depends on and rises and falls on the noses in the pew and nickels in the offering

I didn’t write this for them, I wrote this for those that I have seen lately wounded by their hateful arrows. The Lord loves you and He wants you to know that He believes in you and while some of the things being said about may be true, the Lord isn’t finished with you yet.

If you haven’t drunk too much of the Kool-Aid lately and can think for yourself, I recommend you strongly consider getting out from under this kind of leadership. I say under because they have never understood they are walk at your side to equip you for the Lord not to serve them and their little fiefdom.

There are wonderful, humble leaders all around who will help you achieve what God has for your life. On behalf of the Lord’s leaders in this area and throughout the world, I ask your forgiveness and speak a blessing over your call and your family.

As for the controlling leader leave them to the Lord and pray for them to have their eyes before they come face to face with the real Father of the Flock on that Day.

Lord, let your Kingdom come over NE Florida  and extend every corner of your Creation. Lord let it be “on Earth as it is in Heaven”!

p.s. Everything that is wrong with the religious system, when you get to the bottom of it, In one way or another, its related to money. JLB