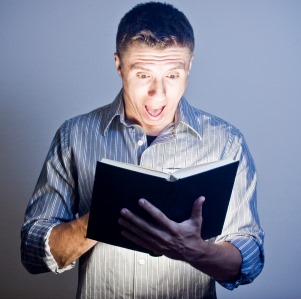 If someone you loved dearly was engaged in behavior that was destructive to him self, and others around him, your love would compel you to do an intervention, even if the person didn’t like it. I’ve been a life-long charismatic believer. I am thankful for my heritage, my tribe, if you will. However, as the years have rolled by my heart has broken as I have watched that heritage drift further and further into self-destructive thinking and practices: intoxicating Gnosticism. Even the term “charismatic” has been so polluted in popular understanding, that I wish there was an alternative to use. In my tribe of the family of God, it has reached the point that if anyone shows any passion for a disciplined commitment to the accurate handling of scripture, that person will be called a legalism, a dogmatist, narrow, judgmental, too doctrinal, opinionated, inflexible, hopelessly left-brained, not open to the Spirit, too “Word-focused,”  “a spiritual sheriff,” “old-order,” and other charming labels. The attitude saturates popular-level social media. I deal with it frequently in interactions with individuals. Theology is considered a problem, a nuisance to be gotten rid of—a “limiting restraint” on the Spirit of God, man-made chains to be broken in order to free us into the liberty of God’s Spirit (I have actually had “leaders” tell me that–news flash: the Word and the Spirit are not in competition for primacy!) I believe in a broad bandwidth of “orthodoxy” and fraternity. I have titles in my library by Roman Catholic, Greek Orthodox, and Syrian/Coptic authors. I have been blessed by them. I am not looking for conformity of thought to my way of thinking on every blessed point of biblical minutiae. God forbid! What a boring world that would be! I don’t even believe everything I believe! I certainly don’t expect others to! Having differences in interpretation and application is not the same as disdain, disregard, and diminishing of the scriptures. These interpretive differences need not divide us in our union with Christ and one another. Adults can bang on each other in theological debates and still maintain love and union. Children take their ball and run home. I understand that doctrine/teaching is not the beginning and end-all of life in Christ. I understand that “theology” is not the river of life. I understand that being a dead, dry, “theologian” is not a compliment and that worshiping the “Bible”–bibliolatry–is cultic (and something I hate). God is bigger than my mind. I get it. However, I also understand how one person’s devotion to scripture can be perceived by another as worship of the letter. We will always have to deal with that. However, the other extreme is just as bad! Having little or no biblical discipline is not a compliment! If the river of our spirituality has no banks, if the highway of our journey has no guardrails, we should not be surprised if we end up drowned or in the ditch. My tribe is drowning in the ditch.

Lest you think I am fussing about minor points of doctrine, here are some true-story examples of the scale of this problem in my tribe. These are samples from my little corner of the world. You do the extrapolation. Consider the tens of thousands affected by what I share here:

Friends,  I wish I could say these are are all the examples I have. They are not. I could go on and on. I accrue more every week. It would be easy to over look this matter if spiritual novices were the source of the problem–babes who didn’t know any better. That’s not the case. I hear and see these sorts of things on a regular basis coming from so-called apostles, prophets, and other leaders and influencers with high profile media and multinational ministries. It has reached the point that being thought or considered “apostolic” or “prophetic” and having a “successful ministry” apparently means teaching or believing anything you want, with utter disregard for a disciplined posture before the scriptures. Cook up your own fantasy typology? Doesn’t matter. Teach “doctrine” from your dreams and visions? Doesn’t matter. Misrepresent God with a twisted scripture? Doesn’t matter. Disregard context? Doesn’t matter. Disregard language disciplines? Doesn’t matter. Disregard original culture or intent? Doesn’t matter. Normalize an unusual isolated text into spiritual technique and practice? Doesn’t matter. Proof-text rubbish? Doesn’t matter. We are in deep trouble. The whole family is sick. The family I love is diseased. The womb that birthed me is defiled. “Steve, this so negative, there are lots of wonderful people (apostles and prophets) who are not like this. Why don’t you focus on that?” Thinking that way is like watching a pedophile violate a young girl in the bushes and doing nothing because “lots of married people have God-sanctioned sex, there is good sex too, you know, why don’t you focus on that?” I don’t focus on that because tens of thousands of innocents are being violated in the spiritual bushes of the kingdom! The fact that the good exists is IRRELEVANT to the dysfunction that damages precious human beings. Genuinely well people don’t need a physician. Unfortunately, everyone of these instances I have recounted above was with someone who was considered “wonderful,” “sincere,” “humble,” “Spirit-filled,” “doing a great work,” overall decent chap, with adoring followers who thought they were well! Wonderful people believe, say, do, and teach stupid things all the time. No one is immune! Including me! What is the remedy? Stop the nonsense. Develop some courage. Stand up to these authority figures. Say something. Stop supporting these folks with your time, talents, and treasure. Don’t be complicit in their ways. Quit making excuses for them. Stop being blinded by financial and numeric success. Abandon Christian celebrity-ism. Don’t allow yourself to be bullied or intimidated into silence by them. Ask embarrassing questions. Tell the emperor he has no clothes. Return . . . home . . . to Christ and Him crucified. We will always find a safe welcome there.
_________________________________________________

Copyright 2013,  Dr. Stephen R. Crosby, http://www.swordofthekingdom.com. Permission is granted to copy, forward, or distribute this article for non-commercial use only, as long as this copyright byline, in totality, is maintained in all duplications, copies, and link references.  For reprint permission for any commercial use, in any form of media, please contact stephrcrosby@gmail.com.
Would you like to partner with us in distributing our materials and perhaps generate some income for yourself?  Please go to http://www.stevecrosby.com for details of our Affiliate program. This ministry is sustained by the freewill offerings of those believe in the message of a radical grace in a new covenant understanding. If this article has been a blessing to you, would you prayerfully consider making a tax-deductible contribution through our Paypal button to help? Thank you and God bless you.