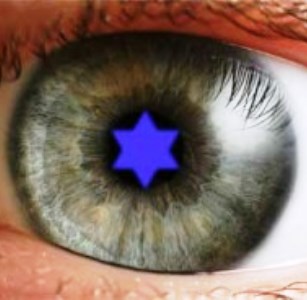 The merging of right-wing geopolitics and a literalist/fundamentalist end-time teaching scheme, make for a very dangerous and unsound biblical worldview. The President’s recent comments regarding the situation in the Mideast has set the blogosphere aflame with apocalyptic denouncements of judgment against him personally, and America nationally for “not siding with Israel,”  as if arguing for basic human rights for all people (Israel included) is somehow violating an eternal principle of God.

The spirit of vitriol, venom, anger, and hatred manifested by so-called “Christians,” is disgusting and disheartening. The blind devotion to geopolitical Israel out of a misunderstanding of some Old Covenant scriptures, borders on mania. We can support Israel politically as an ally and a democracy. We can stand for her right to exist. We can despise Antisemitism in all forms, but we do not have to wrap it all around a “proof text bible verse.”

Failing to understand the implications of the change from the Old Covenant to the New-the inauguration of the new creation at Pentecost-sets up believers for difficulties. The whole point of the new creation order is that ethnic distinctions no longer have any significance in the plan of God. There are only two nations that matter for anything: the old creation nation, or the new creation nation; the old man, or the NEW MAN; in-Christ, or not-in-Christ.  There is not a third class of special people. Ethnic Israel is no longer the “apple of His eye.” All of humanity  in Christ is the apple of His eye, including Israel. God cares about all nations, not just Israel.

The first issue to confront the apostles after Christ’s resurrection, particularly in their interaction with the Jews, was how to relate to the Old Testament Scriptures.  The first century squabbles with the Jews were all hermeneutical[i] fights. The apostles had the unenviable task of trying to claim continuity with the old order and differentiation from it at the same time. It wasn’t easy then, it’s not easy now.

The Jews took strong objection to how the apostles went about this with nonliteral interpretations and applications. This issue was controversial then, and remains so now. There was and is, a wide spectrum of passionate opinion on this topic. Much depends on how it’s answered. Indeed, everything depends on the answer to this question: “How do we interpret and apply the Old Covenant Scriptures in the New Covenant era?”

For example, in Acts 13:32-33, Paul states that the promise made to the fathers has been fulfilled by the resurrection of Jesus Christ from the dead. This is a spiritual and nonliteral interpretation of the Old Covenant promises. We either accept that, or we don’t, but whatever we decide will have far reaching consequences one way or the other. God does not “owe” geopolitical Israel anything any more than any other geopolitical nation.

It’s a fact that neither the angels from heaven, nor John the Baptist, nor Jesus, nor any of the apostles handled Old Covenant prophetic Scriptures literally. Psalm 2, Psalm 110,[ii] Isaiah 7, Isaiah 9, Isaiah 53, Joel 2, Jeremiah 31, Ezekiel 36, Malachi 4, etc., were all handled nonliterally. It should be noted, that the people who crucified Jesus, did interpret prophetic scripture literally.

The entire legitimacy of Christianity depends on accepting a nonliteral interpretive perspective on Old Testament prophetic Scripture. Those who were the most committed to conservative literalism regarding prophetic Scripture were the opponents of the apostles. The apostles’ hermeneutics nearly got them killed. We either accept that the apostles were functioning under a unique revelatory grace, or we do not. We either accept that the apostolic revelation and application of Old Covenant Scripture takes interpretive precedence over biblical literalism, or we do not. It’s impossible to be a Christian (with understanding) and be an inflexible prophetic literalist at the same time. It cannot be done. Attempts to do so will result in strange and confused mixtures of beliefs and practices.[iii]

Paul hung the whole future of Christianity on a hermeneutical point of grammar: the letter “s.”  If the “seed” of Galatians 3:14-18 is “seeds” (plural/many), then we all should be Jewish. If it’s singular, than our faith is legitimate. This is one highly nuanced interpretation! It’s a spiritual and nonliteral interpretation of the Abrahamic promise. Paul said the promise was not given to Abraham, but to Christ “in” Abraham. He was saying that the promise wasn’t theirs through their biological relationship to Abraham. The fulfillment of the promise to Abraham is the indwelling Holy Spirit. This is also spiritual and nonliteral. Paul’s nonliteral hermeneutics got him lowered over a wall in a basket trying to escape a “hit” that had been ordered on him by the passionate defenders of a literal hermeneutic! It might get us slandered by hyper-literalists. Actually believing the book of Galatians will get you slandered on the internet today.

I can feel the hands reaching for the stones at this moment, while shouting at me: “Replacement Theologian!”[v] It is not Replacement Theology to interpret and apply the Scriptures consistently with the apostles. Taking the kingdom from the nation of Israel and giving it to another nation[vi] is not anti-Semitic Replacement Theology. It’s the gospel. The other nation is not the Gentile church. It is the One New Man nation, Jew and Gentile in Messiah.

God cares for all the nations, including Arab nations. I know of Muslim Arabs in Syria who took in and protected, hundreds of refugee Christians fleeing from Saddam Hussein. To all the Christian Zionists out there, here’s my question: Is God going to give a pass to Israelis who persecute and hinder the gospel in Jerusalem, but judge the Arabs who protect the New Covenant apple of His eye, simply because they are Arabs and not Jews? Will God, “wipe out” Syria just because at a  geopolitical level it is an enemy of political Israel, destroying these Arabs, and His own, in the process, simply for being “against Israel”?  Think about it and beware of Christian Zionism!

[i] The science and art of interpretation.

[ii] These two passages are the most quoted Old Covenant Scriptures in the New Testament used by the apostles to justify the legitimacy of faith in Christ as Messiah. They are the scriptural foundation of the New Testament.

[iii] There are some voices within the so-called “Jewish Roots” movement that teach the New Covenant promise was not given to the Gentiles, but the Jews, and the way the Gentiles must access the promise it to come back into a Messianic form of Judaism. This is based on a strictly literal reading of Jeremiah 31 and Ezekiel 36. The only problem is, the apostles did not handle those passages that way . . . neither should we. Some in an extreme form of Dispensationalism have gone so far as to teach that there are two plans of salvation, one for the obedient Jew, and one for the Gentile church. It is as logically honest as it is misinformed.

[v] The teaching that the Gentile church has “replaced” the Jews in God’s covenant, the remedy of which is a form of Jewish Roots theology. This is the belief that the church has been horribly Hellenized and must return to its Jewish roots and practices to make God happy. I cannot unpack all that issue here except to say read Romans 9-11 carefully. The church does not have its “roots” in Judaism. Both Israel and the Gentiles are branches. The root for both is faith in Messiah. The One New Man is not made up of Gentiles trying to live like Jews, observing Jewish laws and practices as if the councils in Acts 11 and 15 never took place.

Parts of this article are excerpted from our book: Praise, Worship, and the Presence of God. Copyright 2011 Dr. Stephen R. Crosby http://www.drstevecrosby.wordpress.com. Permission is granted to copy, forward, or distribute this article for non-commercial use only, as long as this copyright byline, in totality, is maintained in all duplications, copies, and link references.  For reprint permission for any commercial use, in any form of media, please contact stephcros9@aol.com.