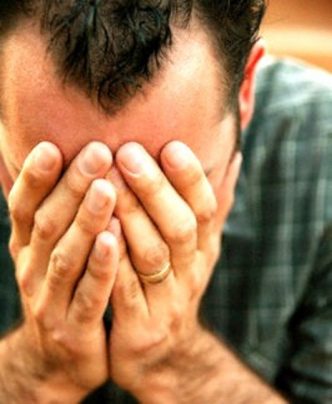 As stated, the title of this article is directed to the Church of the Lord Jesus Christ, and not a political commentary. I hate to be the bearer of bad news, but I am saddened by how many of the Body of Christ has been deceived in this election.

I make no observations as to who the worthy candidate is to lead the United States in the next four years. I take no sides as to whether there was fraud in the election process. I will not entertain political banter that has nothing to do with the Kingdom of the Lord Jesus Christ. I speak to the Church. I speak words that only Holy Spirit filled saints can understand. I am governed by what I believe is the Holy Spirit’s understanding of these scriptures.

Everyone must submit himself to the governing authorities, for there is no authority except that which is from God. The authorities that exist have been appointed by God. Consequently, whoever resists authority is opposing what God has set in place, and those who do so will bring judgment on themselves. Rom 13:1-2

First of all, then, I urge that petitions, prayers, intercessions, and thanksgiving be offered for everyone— 2 for kings and all those in authority— so that we may lead tranquil and quiet lives in all godliness and dignity. I Tim 2:1-2

It is clear from the above verses we DO NOT SET THE RULES; we obey them and live peaceably under them that we may do the Lord’s work without hindrance.
I make it a point to remind fellow brethren in the Lord that the above verses were still in effect during the reigns of the many murderous, Christ hating Caesars in the life of the Early Church.

We all want to be the Bride of Christ, claim Him as our Bridegroom and take part in the Wedding Super of the Lamb someday. Well, guess what! The Bridegroom is jealous of His Bride and He will not allow her to prostitute herself with any earthly king.

My spiritual father Don Atkin says,
“God is not about the business of perfecting ANY earthly nation. This world is passing away (1 John 2:17) – ALL of it!
God is preparing a new creation (2 Corinthians 5:17-21) while using us HERE as ambassadors, demonstrating and representing His kingdom. At the same time, our spirits are seated with Him THERE in heavenly places in Christ Jesus (Ephesians 2:6), where we are (New Jerusalem) being prepared as His bride to reign at His side, a suitable helper (Genesis 2:18) in a new heaven and a new earth (Revelation 21:1-2).”

Problem #1 Putting your trust in Man in this Election

In case you still have not understood yet what I have been trying to say so far, The Lord does not need earthly leaders to accomplish His work upon the earth. You cannot legislate justice and righteousness. The Lord uses His Church to achieve His purposes upon the earth. Making laws against abortion does not solve the problem. Standing in front of an abortion mill with signs is like putting a finger in a small hole of a dam that is about to explode.

To our shame one of the main reasons the government wanted to send our kids back to school during the Coronavirus pandemic was because the home was not a safe place for most children!

We the Church, the pillar and the foundation of truth have failed this society and this generation. The fix is not to sell our souls to the government to protect our values and beliefs. Our human invented foundation is rotten to the core and no revival will be able to build anything until we repent and return the Lord Jesus Christ’s way and pattern.

As Christians we have turned the prophetic gift in the Body of Christ into another 1-800-Psychic hotline. With the advent of social media saints spend most of their time passing around videos of Celebrity so-called Prophets that speak for God. Instead of spending personal time with God they want an instant answer from these “great men and women of God.” Hello folks! The Lord wants His Church back. These confused leaders have lied time after time giving people words that they want to hear.

For the record not one of these prophets warned the church about the pandemic or the results of the election. The truth is these prophets put their agenda, which is their popularity and their finances ahead of the Lord. I only know of one prominent leader who has repented for giving a false report about the election.

Most have chosen to double down on their false prophecies for profit by telling God’s people God will vindicate them in the end. The only vindication will be when the saints of God wake up to their false prophecies and quit worshipping at their feet. The Lord is cleaning His house and judgment begins in the House of the Lord, the church.

To put it more clearly the Lord is permitting the saints to see that the prophets they revere and follow do not speak for Him.

I could make you a lengthy list of these false prophets, but I am not here to name names. I am only to exhort the Body of Christ in love. It is my prayer in the coming days as you come to the realization and acceptance of the results of the election the Church will at least know why.

The saddest part is;
1. the amount of political garbage the Body of Christ has consumed in this election instead of feeding at the Lord’s feet.

2. How much pain our brothers all over the world are experiencing and we are too busy to hear their cries for help and prayer.

3. The millions of dollars misspent trying to hold up something that the Lord was taking down.

4. The broken relationships that have been created in our immediate families and our spiritual family.

5. The public exposure of the vileness of our ungodliness before those who need Christ and are watching.

6. Our obsession with America being a Christian Nation. It never has and never will be.

7. We needed a wake up call as to Christian values being the majority in this election.

It is my prayer that you hear these words. Someone must speak out and tell His Body where their heart is. The Lord loves you and is graciously ready to forgive and set you back on the right track. The Church that the Lord Jesus Christ is building is victorious and of His Kingdom and rule there will be no end. Let us all rule and reign with Him! 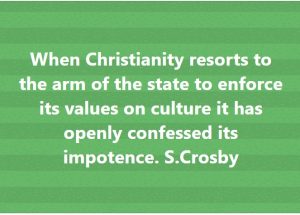