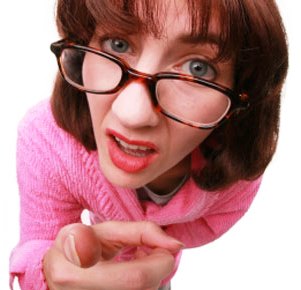 I’ve fought a lot of spiritual battles in my life. Sometimes I’ve fought those battles while I was alone. But usually, I fought those battles with several or even many believers standing with me. I’ve seen a few defeats, none of which could be blamed on God. Rather it was human weakness, fear, doubt and unbelief that brought about the loss. But I’ve also witnessed a lot of victories. These came because God’s people stood in faith, trusted God, and would not give up.

Lately, however, I’ve noticed my colleagues losing more and more battles at both a corporate level and on an individual level. This has taken me to my knees in prayer. I’ve been forced to look at our tactics and strategies and I’ve come to realize we are fighting many of our battles with blunted spears. Just like tools that aren’t ready for use or have become dull and inadequate, our battle spears have become blunted and may even be wholly inadequate for the warfare we face. Allow me to discuss just a few reasons for blunted spears.

The Folly of Misguided Ministry Methods

Reason #1 for the Blunted Spear Syndrome

The folly of waging a political war against a spiritual enemy.

The political environment in Washington DC is toxic to your spiritual health and well-being. Political pundits and radio talk show host alike, coerce you down the path of strife and division. While at the same time, the enemy of our soul wins victory after victory and soul after soul. When we spend more time at the altar of political spin and partisan politics than we do at the altar of sacrificial love, caring for the needs of our neighbors, building up our faith and reaching a lost world with Christ’s love, we have forsaken our true calling and perhaps our first love.

How can we declare that we love God while we actively display hate-filled attitudes toward gays, abortionist, or politicians of a certain persuasion? I don’t think you can easily communicate God’s love to a lost world by saying you love the sinner but hate the sin. That world will only hear that you hate them because of what they do. Do you hate a thief or do you hate his sin? Then why do you throw the thief in jail when he is caught? You see our thin line of discretion is a bridge too far for the world.

Reason #2 for the Blunted Spear Syndrome

The folly of failed religious methods.

Our faith has had its share of problems due to super-spirituality, religion, and self-righteousness. As a pastor, I have experienced the biting comments of religious people who thought I needed to upgrade to Christianity 7.6 and thereby change my desktop configuration and improve my performance. At the same time, other sincere believers were telling me that if I really wanted to please God and people I should upgrade my operating system but I definitely should revert to Word 98 if I really wanted to communicate. Okay, okay! I’m playing with you, but my most severe critics have always been my fellow Christians.

Recently I have fallen victim to religious people who “disapprove of my methods” for reaching the lost. Judging from what I’ve been accused of, there are only certain ways of reaching the lost that are acceptable to these Christians, i.e. bring the lost to church. The message they send is that one shouldn’t go into the environs of the unbelievers to reach them with the love of Christ! Yet, after close examination, these naysayers don’t appear to have any disciples. They only argue that my tactics and strategies are amiss. After having accosted me for my methods, they then punish me by withholding their donations to this ministry and even withdrawing their fellowship. I wonder, is my anger righteous?

I am not the enemy! Why am I under suspicion for doing what every Christian was commissioned to do? Do you remember that commission? Jesus said, “Go in to all the world and make disciples.” Does “all the world” mean “every nation” or does it mean wherever you find those who need the gospel of the Kingdom? Jesus didn’t put any qualifiers on where in “all the world” we should or shouldn’t go. For example, He didn’t add, “except for wine tastings, homes of unbelievers, restaurants with belly dancers, cigar bars, and other ungodly and worldly places.” I’m not saying that’s where I go to find the pre-saved, pre-Christian, unsaved, and/or lost people. But I am saying if you are fishing for that kind of person, it’s those kinds of places where you will find them congregating. Oh, they also go to sporting events, school functions, social clubs, political meetings, etc. Yet, many of my Christian friends are so busy with “church” they don’t have time to be anywhere else. Is it any wonder the world is getting darker and darker when the light stays within the four walls of our church buildings?

So I find myself prone to ignoring religious gatherings so I can go out and find those who need the gospel of the kingdom of God. And those who shun me most for doing so are the churchgoers, the religious gatherers; those who love to “hear the Word.” I totally reject the religious attitudes some people try to impose on me. Those religious attitudes have often ruined what would otherwise be good relationships. Let it be known I cannot live in religious bondage for the sake of a friendship. I will go a long way to resolve differences in any relationship, but I have to draw a line when someone tries to control me with religion, especially when the souls of people are at stake.

Imagine how the world feels when we impose our religious attitudes on them and tell them their sex lives are wrong, they are killing babies in the womb, and they need to get saved and live like us! I can tell you after having some lengthy discussions with unbelievers they won’t give up their “sin” to live under our rules.

Reason #3 for the Blunted Spear Syndrome

The Folly of Seeking Christianity rather than Christ

I’ve noticed that most Christians have found a niche in their local place of worship. They are comfortable there. Oh, the preaching of the Word of God may challenge them occasionally, but I’ll guarantee most would leave if they were too challenged or challenged too often. How do I know they would leave? Well, let’s just say, I’ve been a pastor for many years and we’ll leave it at that.

Let’s test the water a bit.

You may have answered “yes” to one or more of these questions. But if your answer is “no” to any of the above questions, there is a high probability that you have become a consumer of Christianity. What I mean is this: Instead of being consumed by your love for Christ, you have become a consumer in the Christian marketplace. The trouble with this is that most people who have this mindset fail to make disciples for Christ. Instead, they often make disciples for their brand of Christianity at best, and fail to evangelize altogether at worst. These believers often “bring people to church” in the hope they will “get saved.” They become part of the marketing campaign for their brand of Christianity. Unfortunately, for these believers, it is easier to invite others to their church than to their Christ.

You might think this is an unjust judgment. But lets assume someone is saved in a Baptist, Pentecostal, Charismatic, or Evangelical church and that now born again person chooses to pursue a walk with Christ. Then that person will most likely become a member of the church (“brand”) where they were introduced to Christ, become familiar with the religious code of that group and conform to that flavor of Christianity. Did they become a Christ-follower or did they become a Baptist, Pentecostal, Charismatic or Evangelical? We can’t really determine what is in their heart, but for most, their relationship with Christ is only expressed in accordance with the “brand” under which they were saved. I would suggest that often, though not always, Christians have brought someone into the “faith” of a particular Christian brand rather than to a faith in Christ.

Its Time to Sharpen the Spear Again

Recently, a friend who is not following Jesus at this point in her life, was telling me about her daughter’s best friend who is the most courageous person my friend knows. This friend of her daughter is undergoing gender re-orientation. Let me say, I was a bit uncomfortable with the discussion due mostly to my own Christian beliefs and identity. I couldn’t help but wonder how Jesus would have felt. I decided he would probably be sad but he wouldn’t fail to love both my friend and her daughter’s friend.

Jesus gave us just 2 commandments. He said we were to “Love God.” and “Love one another.” I’m finally learning that love can go where rules would never dare to tread. I’m convinced Jesus was comfortable with gluttons, winebibbers, tax collectors, and sinners while religion kept the religious people away from the very people that needed their message. (See Matt. 11:19)
I could go on and on, but I won’t. I simply urge each of us to take time before the throne of grace, repent as needed, ask God for a fresh outpouring of His Holy Spirit and to fill us once again with His love, His perspective, and a renewed sense of His purpose and destiny for our lives. Let us ask Him to align us with His eternal purpose and help us to avoid judging our world from a temporal platform. Let’s seek first His kingdom and His righteousness and trust God for our institutions, our children, our spheres of influence, and indeed, the United States to fall under the influence and rule of His kingdom.