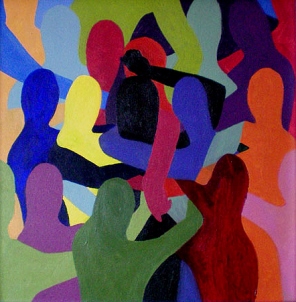 It is very difficult to unify the creeds and institutions of many hundreds of denominations or churches. Indeed, it is almost impossible because many of them have very special kinds of creeds and interpretations of the Bible, of which they are so proud that it would be suicide for them to abandon or change them.

If an attempt is made to find the largest common factor of the creeds of the many hundreds of sects, the result will be simply, “We believe in one God,” and all other important creeds will have to be ignored. If on the contrary they try to find out the least common multiple of the creeds, such a creed would have contain several contradictory ideas, which will mean nothing as a creed.

Even “fellowship with Christ and God” could not work as the creed of such a conglomerate institution as many are seeking to realize. This fellowship or koinonia has no unmistakable outward signs that would fit such a situation. koinonia is a fact, not to be included in doctrines or creeds or institutions or rituals, but to be experienced.

As we take this koinonia as the center of Christian faith, refusing to have any creeds, institutions or the like as the essential and central element, our unity consists of love. We are united in that love which we have towards those whom we sense to be fellow-Christians by their confession of Christ and their daily life of faith and love.

This may seem very vague and uncertain to those who want some outward sign as the proof of one’s being a Christian; but all who have any real degree of experience know that in the daily life of believer’s the love of God will make the unity very real and practical. Was it not true with that little who believed in Jesus right after Pentecost (Acts 2:43, 44)? On this ground we can have one Ekklesia in love. There may be many in opinions, but no enmity.

At present there are all the sects and denominations standing side by side. Each thinks that it is the only true Church, or at least the most correct expression of it. Each believes it is their duty to convert others to their faith. They put large “labels” on the selves, showing the special points of their faith. They advertise their own brand of Christianity to get as many converts as possible. They put special weight and importance on their trade-marks or special creeds, making them as conspicuous as possible. They condemn the goods of other “dealers” as of inferior quality and admonish people not to buy them.

Thus, on the Christian market the different brands are competing with each other in their selling campaign, just like businesses in the world. Sometimes they may have joint campaigns against paganism, but finally they are not satisfied until each boasts of its own superiority over the others. In this way the churches can never have true unity, however much they may say they want it.

The Church in Community

On the other hand, unity is quite possible if Christians simply live in fellowship with God and with Christ, and at the same time with one another, accepting the differences of the doctrines and other smaller distinctions as reasonable variations due to personal distinctions. As we realize that this variety will, in many cases, make the life in the Body of Christ more complete and abundant, we can even respect differences and in love mutually help to make the Body of Christ grow.

In taking this attitude we shall never be puffed up in our faith and thus shall be able to keep the admonition of Paul to Philippi: “If there is any consolation in Christ, if any comfort of love, if any fellowship of the saints, if any affection and sympathy, fulfill my joy by being of the same mind, having the same love, being in full accord and of one mind. Do nothing through strife and vainglory, but in humility of mind esteem others better than yourselves. Let each of us not look on his own things, but every man also on the things of others” (Phil. 2:1-3).

The glorious unity of the Ekklesia can be realized only in this attitude of love–forbearing and tolerating each other, respecting the special gifts of others, and thus perfecting the Body of Christ. We must abandon the attitude that “orthodoxy is my-doxy and heterodoxy is thy-doxy” and unite in loving fellowship with God and Christ.

Then as Paul says, “Speaking the truth in love, we may grow up into Him in all things, which is the Head, even Christ: from whom the whole Body joined and knit together by every joint with which it is supplied, according to the working of every part in its measure, causes the increase of the Body for the building up of itself in love” (Eph. 4:15-16. See also Col. 2:19).

This is the real unity of the Ekklesia, the Body of Christ. Since it is an organism, there is no human method of producing it. Life as an organism has its source in life and not in any organization. As long as Christians think of themselves in the form of an institution, there can be no unity in Christ. The churches in their present state can never be united, because their very existence is based on the principle of division in the attempt to limit fellowship and visibly distinguish faith.

The Ekklesia does not need uniting, because its very existence is based on the fact of an already existing unity. That unity is the glorious unity of our all being one Body in Christ, which Body, by its very life, is in constant communion (koinonia) with the living Christ. Oh, beloved fellow believers, if we see this simple and wonderful truth, let us dare to let go of everything else and experience it. God grant it to be so!