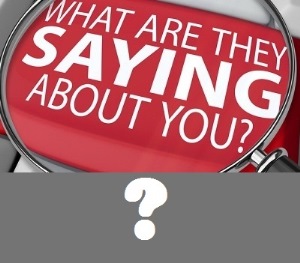 Early in my Christian life, I sometimes thought about how many of us Christians would follow Jesus if we lived during His time? I was mainly thinking about the possibility of being killed for our faith, just like most of the apostles were.

In addition, His words are regularly misunderstood by His followers (John 21:22-23) and deliberately twisted by His detractors (Matthew 26:60-61). I’m of course talking about Jesus of Nazareth. He was accused of all of the above. Because these rumors were so widespread during His day, Scripture says that Jesus was a man of “no reputation” (Philippians 2:7). The rumors that swirled around Jesus were vicious and unrelenting. But Christ survived them all because He wasn’t tied to His reputation. He placed it firmly on the cross before He went there. The name devil means “slanderer” and “accuser.” It’s no accident that this is his name. The slandering word and the false accusation is his chief weapon.

Now . . . you’re a Christian “leader” who people respect and follow (your lead). Go back to Century One and put yourself in Galilee with that band of 12 men and 8 or so women . . . the first followers of Jesus of Nazareth. Your friends are questioning your judgment. You see, they’ve heard the rumors and believe them. Not only is your judgment questioned, but so is your ethics. You stop getting invitations to speak in the synagogues. The Jewish counsel no longer invites you to their board meetings. Your closest friends are wondering: “Why are you palling around with a demon-possessed man? Why are you following a servant of the devil? Why are befriending a cult leader? A master manipulator? A deceiver? A “bastard” born out of wedlock?

Hmmm . . . I suppose the title of this post could easily be changed to: How many “leaders” are willing to really follow Jesus today? Why? Because every time one of the Lord’s servants is lied about, you will be tempted to preserve your own reputation and keep them at arms length. Or worse, to betray them. (“I don’t know the man,” said Peter.) And then come the words of Christ thundering over the hills . . . Remember the words I spoke to you: “No servant is greater than his master. If they persecuted me, they will persecute you also.” John 15:20 It is enough for the student to be like his teacher, and the servant like his master. If the head of the house has been called Beelzebub [the head of devils], how much more the members of his household! Matthew 10:25 This is the dilemma that Christian leaders of the past faced when hateful rumors were spread against the Anabaptists, John Wesley, George Fox, Watchman Nee, T. Austin-Sparks and every other servant of God worth their salt.

My friend Mary DeMuth said it beautifully in a blog post she wrote in June. Mary writes, There have been far too many times in my life when I’ve listened to gossip about someone else. If that’s the first thing I hear about him/her, it forever colors my view. The older and wiser I get, the less I give weight to the first thing I hear. I try to meet people fresh, try to draw them out and discover their heart. Not always, but I try. Because I know how painful it is to be misunderstood. I thank Jesus, though, that He truly understands what it’s like to be misunderstood, to be insinuated against, to be judged wrongly.

Consider this from John 2:24-25: “But Jesus on his part did not entrust himself to them, because he knew all people and needed no one to bear witness about man, for he himself knew what was in man.” He let God the Father hold His reputation. He understood the fickleness of the crowds. He felt the weight of their judgments, which ultimately led to His death. So if you’re in that place where others are insinuating, press into Jesus. Give Him your worries and fears. He can shoulder such things. He understands. I do, too. All told, if you are truly serving the Lord, you will be persecuted. If God’s favor is on your life, you will be lied about and some people will believe the lies.

If Jesus is working through you to impact the kingdom of darkness, you will be the victim of rumors, gossip, slander, and other forms of abuse. A friend of mine once said, “If you want to find an apostle, you’ll find him/her under a pile of rocks.” Let me add: If you want to find a true servant of God, pull up their shirt and examine their back. You’ll find plenty of stab-wounds and beating-marks. Metaphorically: if someone doesn’t have the knife out for you, you may not be impacting the darkness very much. Woe to you when all men speak well of you . . . Luke 6:26

Point: If you wish to serve the Lord and have Him use you mightily, your reputation must go to the cross. If Jesus didn’t seek reputation when He was on earth, why should you? If your Lord was a man of “no reputation,” why should you seek to salvage your own? Consequently, would you really follow Jesus if you were with Him during the days of His flesh? Or to a finer point on it, are you willing to really follow Him today?

Editors Note; This is truly an awesome word from Mary and Frank!. I have found this thing of “My Reputation” to be the number #2 reason why most leaders stop from going all the way. The #1 Reason is still Money; the guaranteed check. Dying isn’t easy. You might be asking so when does the Joy kick in? Heb 12:2 looking unto Jesus, the author and finisher of our faith, who for the joy that was set before Him endured the cross, despising the shame , and has sat down at the right hand of the throne of God. NKJV