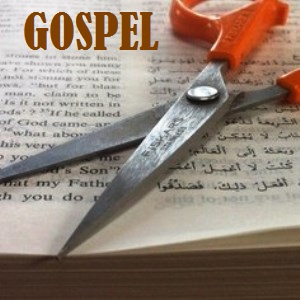 Truly the greatest discovery I ever made in the Bible was when my eyes were opened to understand how the gospel relates to the Kingdom of God!

When this happened in 1995, it was after 17 years of preaching an individualistic gospel that conceptually reduced the gospel to deal only in terms of individual salvation. Missing was the societal and systemic impact the gospel is supposed to have, which is embedded throughout Scripture.

Furthermore, I realized that the primary theme of the New Testament—and of the preaching of John the Baptist, Jesus and the Apostle Paul—was the Kingdom of God. (Read Matthew 3:2; 4:17; Mark 1:15; Acts 20:25; 28:31 to name a few passages.) The gospel Jesus preached to the poor resulted in systemic change that positively impacted cities and nations, not just individuals (read Isaiah 61:1-4 which Jesus quoted in Luke 4:18-19).

Separating Gospel Truths from the Kingdom

When we separate the good news of Christ from His kingdom, we wind up with an individualistic mindset in the church that can easily lead to narcissism and self-focus. This is because a kingdom implies a king’s domain, which includes the systems of the created order such as economics, politics, education, business, family, science, history, psychology, the arts, and all the spheres and/or cultural mountains. Detaching the gospel from these systems of the kingdom leaves the church without an earthly purpose of stewarding the earth, leaving it only to strive for an individual focus of redemption and hope. Conversely, when the church lifts whole cities and nations with the gospel of the kingdom (Isaiah 61:3-4), we will have more souls go to heaven anyway!

The following is a summary of some negative consequences of separating the gospel from the Kingdom of God:

1. The church loses its purpose of stewarding the earth according to Genesis 1:28.

I believe the Cultural Mandate found in Genesis 1:28 is the key passage that unlocks the rest of the Bible. Without this original covenant given to Adam, we cannot understand the purpose of the church, the resurrection of Christ, and the purpose of the coming of Christ. The gospel of the kingdom Jesus and Paul preached was the continuation of this original covenant, which is why Jesus commanded His followers to disciple whole nations, not just individual ethnics (read Matthew 28:19-20).

2. The church tends to become self-focused and narcissistic.

When we disconnect the gospel from an obligation to care for and steward communities and cities, we are left with a Jesus who just came to redeem us for the sake of ourselves and going to heaven. Unfortunately, this has devolved over generations into the present gospel message which is more about self-fulfillment than serving others, leaving us with self-focused congregations that only come to church for individual blessings and good feelings.

3. Biblical prosperity becomes about individual blessing instead of spreading His covenant on the earth (Deut. 8:18)

This passage in Deuteronomy teaches us that God has given believers the power to create wealth so His covenant can be confirmed upon the earth. This obligates us to connect our finances with kingdom purposes instead of the present prosperity gospel, which is about having nice cars, homes and living a life of luxury and convenience!

4. We interpret the whole Bible with an individual mindset and lose its corporate intention.

Presently we have many believers with an individual mindset who attempt to interpret and apply promises and blessings in the Bible to themselves in spite of the fact they are not committed to a community of faith, something that is very foreign to the Hebrew mindset and original intent of Scripture!

For example, for years I preached that a person must be “born again” to go to heaven. But Jesus said a person must be “born again to see the kingdom” (John 3:3-8) which starts now on the earth, not in heaven. The moment you are saved your eyes are opened up to see Jesus as Lord over all of creation. When you don’t understand the kingdom, you reinterpret the Bible to fit your escapist self-focused mindset; but when you understand the kingdom, you apply the word of God now to the earth realm, which causes more folks to go to heaven anyway!

5. We win hearts but lose the minds of the next generation.

It has been said that in the 1960’s “Jesus Movement, ” we saw hundreds of thousand saved and added to the church. The church may have won their hearts, but the world won over the minds of the young people! Now, the youth of the 1960’s humanistic revolution are our nation’s leaders and have shifted our nation towards a secular worldview that marginalizes Christianity! Unfortunately, over the past 50 years the church has been asleep at the wheel in regards to cultural engagement.

6. We miss the opportunity to disciple many emerging leaders of our nation.

If Steve Jobs were alive today as an 18 year-old and visited a typical evangelical church (to connect his creative desire with his Creator), he would probably be disappointed and leave! He would probably only hear sermons related to heaven, personal fulfillment, and the rapture of the church rather than stewarding the earth, leaving him feeling the church has no relevant message to offer emerging cultural creatives like himself.

Unfortunately, I believe this scenario is played out week after week in our churches. We are missing the opportunity to attract the greatest leaders of our generation who have an innate desire for cultural engagement and are turned off by escapist theology.

7. We fail to see how God intends marriage and family to be the key to cultural transformation.

When we have an individualistic gospel separate from the kingdom, we are left with marriage and family conceptually disconnected from the Cultural Mandate of Genesis 1:28. This leaves us with no kingdom purpose for marriage except to win our children to God so they can go to heaven and have a nice family and repeat the same cycle.

Unfortunately, many of our children will lose interest with this kind of gospel if they feel it doesn’t connect them to their earthly call to lead. Once we embrace the kingdom, we will understand that God’s plans and purposes are unpacked over multiple generations through God-fearing children who are trained to serve God by their parents and faith communities (Deut. 6:6-9). Genesis 1:28 teaches us that having children (bearing fruit) should ultimately result in believers filling the earth, subduing it and having dominion over the created order!

8. We fall into a dualism that separates Jesus as Redeemer from Jesus as Creator.

In the 19th century when we began separating gospel truths from the kingdom, we largely stopped founding Christian universities (like Harvard, Yale, Princeton that produced future leaders of nations in every aspect of life) and reduced our view of education to starting Bible institutes in which young people learned the Bible apart from the human sciences and natural law. These institutes adapted to the (semi-Gnostic) dualism of the church that taught only spiritual things were important to God, and that the physical world was unimportant! This dualistic hyper-dispensational theology became popular after the Civil War and resulted in the church abandoning culture and leaving the stewardship of the nation to the secular humanists resulting in losing our culture in just one generation! Truly, any sphere that the church refuses to influence will come back and attempt to destroy her!

When we fall into separating the natural from the spiritual world and make the latter more important than the former, we separate Jesus as Redeemer from Jesus as Creator! (The Jesus who saves us in John 1:12 is the same Jesus who created the systems of the universe as found in John 1:3.)

9. We limit our ability to impact principalities over nations who rule through ideologies.

According to 2 Corinthians 10:3-5, the strongholds in the world we struggle against are based on thoughts and imaginations. When we start dealing with the Kingdom of God, we begin to deal with worldview issues, which is the stuff principalities over nations use to rule over humanity. When we preach an individualistic gospel, we will deal merely with demons oppressing individual people; when we deal with the kingdom, we are confronting principalities who work through systems of economics, education, policy, and politics! Hence, it enables us to fully pray the Lord’s Prayer (Luke 11:2-4) in which Jesus teaches the church to pray for His kingdom to come and His will to be done on earth as it is in heaven. This releases intercessors to go to a higher level of authority and focus, which will lead to systemic change. Demons deal with individual sinners; principalities (as seen in Daniel chapters 10 and 12) deal with nations and systems!

10. We will attract fewer men in the church.

If we separate the gospel from the kingdom, we take away motivation from the majority of men who will never feel called to full-time church work. Adam was tilling the Garden of Eden even before he was married (read Genesis 2) which means that a man has an innate desire to work and have dominion over the created order that precedes the formation of his family! Of course, having a wife and children should give a man balance and better focus. But you cannot separate a man from his desire to work and having dominion on the earth.

Consequently, when the church focuses on escaping the earth rather than tilling and stewarding the earth, we lull many men to sleep because men search for meaning and truth through their work, not apart from it. I believe if we connect the gospel to the kingdom our churches will be teeming with men! This will be most welcome to many churches that have an average male attendance of 25% or less.