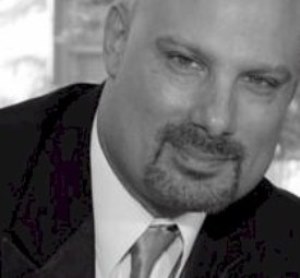 Recently, someone asked me the following question.

“Frank, if I had to summarize your ministry, it would be that Jesus is more than we ever imagined and we can learn to live by His life which is evidenced by treating others the way we want to be treated. Would you say that this is accurate?”

My answer: “Yes, that sums it up well.” These two themes are underscored and unpacked in Revise Us Again, Jesus Manifesto, and Beyond Evangelical.

Not long ago I wrote a piece for a periodical about why I am a Christian (which I’ll republish here in the future). I ended the piece by asking why those who aren’t Christians have decided not to follow Jesus (yet, at least). Here’s what one person wrote:

“I’m not a Christian because of how most of the Christians I’ve known treat each other. Not loving like their founder taught but just the opposite. I like that your list wasn’t apologetic or combative but personal and I respect that. Rare but nice to see.”

This harkens back to Gandhi’s famous line,

Take a look at this graphic which shows how people search for “Christians” on Google in comparison to “Muslims” and “Jews.” (Credit goes to my friend John Saddington for this analysis).

This graphic shows some of the serious stereotypes that we Christians are up against. Unfortunately, the stereotype is often painfully true.

How Christians Treat Each Other

It’s not uncommon for some Christians to throw verbal assaults at one another on Facebook, blogs, Twitter, and other Internet venues. As a result, the world sees people who profess to follow Jesus . . . fighting, misrepresenting one another, and even “blocking” one another.

“But if you bite and devour one another, take heed that you don’t consume one another” (Galatians 5:13).

There once were two cats of Kilkenny

Each thought there was one cat too many

So they fought and they fit

And they scratched and they bit

‘Til excepting their nails

And the tips of their tails

Instead of two cats there weren’t any.

Civil disagreement and even debate, when done in the spirit of Christ, are healthy and helpful.

The net is that the name of Jesus gets tarnished in no small way.

So how do we change that?

How Christians treat each other

Here are 7 points to consider the next time you think you have a possible disagreement with another Christian:

1. Go to them privately and ask them what they meant by what they said, did, or wrote or what they allegedly said, did, or wrote. Jesus said to go to your brother/sister in private if we have an issue with them. Since we don’t want to misrepresent others in public, going to them directly helps prevent this. And you would want the same treatment if the shoe happened to be on your foot.

About six months ago, I was reading someone’s Facebook wall where they quoted a friend of mine who came out with a new book on evangelism. The entire thread was about what my friend may have meant or didn’t mean. People got angry at one another. Some began blocking others. (These are Christians mind you.)

Finally, a woman jumped in and said, “Excuse me . . . but instead of questioning what he may have meant or didn’t mean. Why you don’t you who just write him a message and ask him? He’s on Facebook.”

Her remark arrested everyone and you could smell the embarrassment. Amazingly, no one ever thought to do that. If it had been done in the beginning, the whole issue would have been resolved and the carnage wouldn’t have begun.

2. When you go to another believer privately, ask them questions. Don’t make accusations. Again, put yourself in their shoes and ask yourself, “How would I want to be treated if this person was me and I had concerns or possible problems with them?” In my experience, I’ve found that accusations based on second or third-hand information are usually inaccurate. And often they are rooted in misunderstandings.

If Jesus — the perfect Teacher — was misunderstood by those who were in His corner, how much more does it happen to us?

3. Never, ever, evah, nevah judge the motives or intentions of another human being. To do so is to sin against them and against God. You and I cannot read someone else’s heart. While it’s fine to question someone’s judgment, it’s wrong to judge their motives. “Love thinks no evil,” Paul said in 1 Corinthians 13, but it always believes the best of others. Again, this is covered under Jesus’ golden, “do unto others” commandment.

4. Never entertain gossip or slander about another sister or brother in Christ. Again, treat others the same way you want them to treat you. Jesus not only commanded this, He said this commandment fulfills the Law and the Prophets (Matt. 7:12). By the way, I’ve found that many Christians don’t know what slander or gossip is (unless it’s happening to them). They mistakenly think that if something is true or half-true, it’s not gossip or slander. Not so. Jon Zens’ remarkable article on this subject is the best I’ve ever read. Every Christian should read it.

5. Seek peace with all you have. “If it is possible, as far as it depends on you, live at peace with everyone,” Paul said in Romans 12:18. We aren’t going to agree on everything. In fact, I am unaware of any book that exists where all Christians agree with every word or understand every word the same way. That includes the Bible itself.

None of us can claim immaculate perception. So we should be open for correction. But how you approach someone is incredibly important. How we treat one another while we disagree is just as important with the nature of our disagreement.

6. Remember that the world is watching how we Christians treat one another and talk to about one another. You can be the greatest evangelist on planet Earth in terms of being able to boldly witness to non Christians about Jesus. And you can blow the loudest trumpet about mission and discipleship. But if you treat your fellow sisters and brothers in Christ in ways that you would never want to be treated yourself, then you nullify your evangelistic efforts. In addition, how you treat your fellow brothers and sisters is monumentally important to our Lord.

7. Remember Jesus’ last prayer on earth before He gave His life for us. It gives us a peak into what’s foremost in His heart. “My prayer is not for them alone. I pray also for those who will believe in me through their message, that all of them may be one, Father, just as you are in me and I am in you. May they also be in us so that the world may believe that you have sent me (John 17:20-21).

[author] [author_image timthumb=’on’]https://godsleader.com/wp-content/uploads/2013/10/frank-viola.jpg[/author_image] [author_info]FRANK VIOLA is an author who writes on the deeper Christian life and radical church restoration. He’s written over 10 books on these subjects. You can visit his blog at http://frankviola.com [/author_info] [/author]