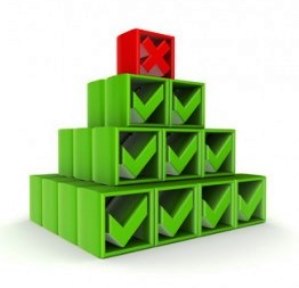 One of the things we like to do as human beings is to figure out whose in charge, who runs things or if you like, who has the power.  Once we get an idea of where the power lies we want to figure out what our position is relative to that power, and then, in some case learn what gets us closer to that power and what will take us further away.

This very human activity is learned early in life as we become socialized.  We soon learn there is a pecking order in these social circles and the person at the top of the proverbial food chain is there because they have ‘something’ that others see as desirous -knowledge, looks, strength, institutional authority, finances, charisma or to put it all very simply, they have power.  This power provides them with a kind of authority over the others in that community.  This power affords them the ability to make decisions that impact the community, that sets direction and standards for the community.  It also allows them the ability to reward those who serve them well, and punish/discipline those who do not conform.

Of course, this power can be used in several different ways.  History is full of examples of this power being used in good and noble ways, and some very terrible ways.  Regardless, the fact still remains, power and the hierarchy that forms to serve it is a reality of life in community.  Hierarchy uses power and authority to order the community – to care for the needs of the community and also help ensure that we play nice together.  This done by the person(s) with the power rewarding acceptable behavior and faithfulness to the values, and of course, punishing to discourage behaviors and ideas that are contrary to those with the power.  In a community where we haven’t learned to genuinely love each other, power can be used in healthy ways to care for and develop the community.  It will always rely on the presence of power to reward and to punish to keep people in community in order.  It can be very effective at managing behavior but not so good at changing hearts!

When we use our power as a tool to compete with others and establish our value and identity in relation to others in the community by comparing ourselves to others value or power, we create hierarchy.  Hierarchy is about competition. Hierarchy is a system that orders things or people from the top down, where often the best (most powerful) are at the top and then those which are judged to be less are ranked and ordered and they become subordinate. This not unlike your relationship to your manager or boss at work.  A typical hierarchy has very few at the top and they tend to wield the most power, and the subordinates have less and less power as we work our way down the hierarchy.

We are all very familiar with this way of structuring life.  As such, it is common for us to read Scripture and see God through the eyes of hierarchy because we can’t comprehend relationship without centralized control or an established pecking order.  We are blind to other possibilities especially ones that do not use coercive power to maintain order. One such alternative is perfect love, a culture of community that is genuinely loving and works because it is so – there is no need to establish a pecking order, to subordinate another because in a community of perfect love, each exists to serve, care and honor one another above getting their own way, without having to be in control. In perfect love, serving each other is a fruit of devotion not an obligation to a superior.  In the Trinity, they are One and Three, they esteem each other because they love each other, not based on what each may bring to the table or who holds the trump card.  They share the same heart, desires, values and mission, and as such, there is simply no need to have a “boss” or to establish control within the Trinity.

“… “You know that the rulers of the Gentiles lord it over them, and their high officials exercise authority over them. Not so with you. Instead, whoever wants to become great among you must be your servant, and whoever wants to be first must be your slave just as the Son of Man did not come to be served, but to serve, and to give his life as a ransom for many.” – Matthew 20:25-28

In spite of this, there is a popular notion in some parts of North American Christianity that insists there is a hierarchy in the Trinity.  Subordination-ism asserts that Jesus and Holy Spirit are subordinate to God the Father. It suggests that God the Father is somehow different enough to be more God than Jesus. The Creeds affirm Jesus as fully God (and fully human), so for there to be hierarchy in the Trinity Jesus must be in some way qualitatively less than God?  How is He different from Father God as to be subordinate?  If this is the case, in what way do they cease to be one?  If this is truly the case, was Jesus’ sacrifice for us on the cross somehow diminished if He is somehow less than fully God?

You can’t have a “subordinate-God.”  It’s an oxymoron. We must realize that God-Man (Jesus) is our God – we love, serve and have relationship with One God who in ways we don’t understand is Three (Father, Son and Holy Spirit).

My concern with this is that the idea of subordination in the Trinity is often used as means to give divine legitimacy to hierarchical structures in other areas. Unfortunately, this issue has, and continues to open the door for a grievous misuse of power in churches,  in the role of women in church leadership, and how men and women relate to one another in marriage relationships just to name a few examples. Subordination-ism seriously inhibits and denatures maturing authentic love – i.e. Christlikeness in church communities and families -arresting them in the fallen nature of power based authority instead of calling them to authentic unity based upon authentic love, which if we need to talk about authority – is relational authority.

1 Corinthians 15:21-28: “There is a nice symmetry in this: Death initially came by a man, and resurrection from death came by a man. Everybody dies in Adam; everybody comes alive in Christ. But we have to wait our turn: Christ is first, then those with him at his Coming, the grand consummation when, after crushing the opposition, he hands over his kingdom to God the Father. He won’t let up until the last enemy is down—and the very last enemy is death! As the psalmist said, “He laid them low, one and all; he walked all over them.” When Scripture says that “he walked all over them,” it’s obvious that he couldn’t at the same time be walked on. When everything and everyone is finally under God’s rule, the Son will step down, taking his place with everyone else, showing that God’s rule is absolutely comprehensive—a perfect ending!” MSG

Sometimes folks suggest 1 Corinthians 15: 21-28 demonstrates Jesus’ subordination to the Father. Verse 28, “When everything and everyone is finally under God’s rule, the Son will step down, taking his place with everyone else, showing that God’s rule is absolutely comprehensive—a perfect ending!”  I think a key to understanding this is not through the eyes of hierarchy within the Trinity but with what lies in verse 21: “There is a nice symmetry in this: Death initially came by a man, and resurrection from death came by a man.”

Through the lens of Jesus acting as representative man, we can bring a healthier context to verse 28.  Verse 28 is not a commentary on His status within the Trinity. Jesus in His incarnation, as a representative man was subordinate to God.   1 Corinthians 15 is about the created cosmos being restored and coming into (union with) God just as humanity was brought into God through the representative man Jesus. This text is about union not subordination.

Jesus was fully God and of the same substance as that which makes God God, so he could bring the fullness of the life of God to humankind.   Likewise, Jesus being fully human brings the fullness of God and the fullness of humanity to unity in Himself, making a way for restored relationship. –  Becoming Love

The Kingdom of God is and continues to be about a relationship of perfect love. Not just a renewed set of laws and authoritative structures but the divine invitation to a life changing relationship with the lover and creator of our souls. An invitation to leave our guilt, shame and its need for power, control, to be first and to learn/grow into a new way of being human.  As followers of Jesus, we are in a process of becoming love.  Rules and laws in and of themselves are akin to changing who we are by putting on a coat.  Where in Christ we are actually changed from the inside out.  We are talking about a process of transforming not conforming.  In the process of this becoming we mature in love and this then governs how we work and live together. Instead of law, jot and tittle, being best, first, strongest and being right for all the wrong reasons, it becomes about love; mercy, forgiveness, gentleness, sharing, serving, honoring one another, caring for one another and so forth.  And surprise…we will discover that as we embrace love will quite naturally fulfill the law. (Ga. 5:14)

Yes, we are in the process of becoming and this process is often very messy as we and others learn this new way to live.   In a very practical sense then healthy shared power that is stewarded well can provide safety and structure for healthy individuals and community as we learn to love well.  The key to remember here is any power based, hierarchical structures we employ here and now are remedial, and most certainly not the blueprint for the fullness of the Kingdom of God.  We can see the function of hierarchy and its resulting subordination as one tool to manage our brokenness but we cannot extend divine legitimacy for it by creating subordination in the Trinity itself!

If we still have to hammer out whose in charge, it is only made necessary by our own human inability to love one another and our own need to manage this brokenness. On this basis, for example, some may choose to rationalize why Pastors are the ‘top-dog’, the ‘more equal among equals’ for ordered Church community to function, but certainly not on the basis that it is some how demonstrated in the Trinity.  Yes, we need healthy structures and healthy leaders as we are maturing into love but understand this is remedial (like training wheels as we learn to ride a two wheel bike) until we fully partake of the divine nature of perfect love. My dream is we choose to use structures that will point us to and nurtures our becoming love – that is authentic discipleship!

I seem to find myself in a similar place as my friend Steve Crosby when he wrote, “Kingdom government is not about authority and ruling. It is about restoring and replicating in humanity, the love the Father and Son have for, and in, each other. Where love is perfected, authority is not necessary. There is no hierarchy, government or ‘ruling over’ in the Trinity.