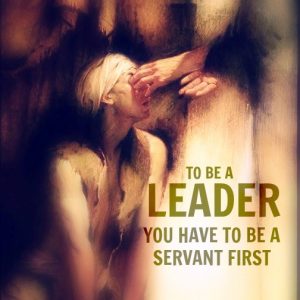 I am constantly amazed by the gifts the Lord has in His Body. Loren Rosser’s profile of a Servant Leader (Equippers) will blow you away. After watching something like this if you still don’t understand, I would say as a friend, “You are handicapped from the shoulders up.” Take your time and be blessed by both the article and the video. JLB Editor.

A couple of weeks ago my family along with my daughter’s boyfriend had a nice lunch with some old and new friends. The folks who joined us were David, a good friend for over eleven years, and Bryon and Misty, new friends we met through David.  We had a fantastic time joking around while gorging ourselves some amazing barbequed briquette and sharing stories from our journey with Christ.  To the outsider looking in, there was nothing special taking place.  It was just seven regular people eating out together.  But inwardly tons were happening. Just being around these folks made me hunger for more of God. I found a new zeal for God emerging in my heart and a passion to be all that Father created me to be.  But there were no sermons being preached.  Nobody was pointing at me and saying, “Loren, here’s what you need to do.”  Or “Here’s a word from God for you.”  This wasn’t the “after glow” from a powerful meeting either.  It was just seven friends having lunch.  (Actually it was eight, because wherever two or more are gathered…)  Yet, over the next few days, it was apparent I gained something very real during my time with these folks.

Most looking on (including Christians) also wouldn’t have recognized that we were enjoying the company of two apostles and a prophetess.  To the religious minded, that last sentence sounds arrogant, pious, and boastful. (And to others it sounds like heresy because they don’t believe people function that way anymore – but I’m not going to get into that here.)  The reason it sounds that way to them is because they’ve been falsely taught by religion what people who function in those ways are like.  See, in their minds apostles and prophets (as well as other equippers) are intangible super stars who build huge ministries and “churches.” One is super fortunate to be around them, let alone have a meal with them.  And lunches like this only occur in their down time, between big events.  “You should see them when they’re REALLY in action!”  Allow me just to say, “BARF!”

This is the exact OPPOSITE of what an equipper is like.  Like my friends, equippers are the most down to earth, real, tangible, and approachable people you’ll ever meet.  And as much as it may shock some to hear, it is the times like the lunch we shared together when they are in action.  That’s because they actually live the words of Jesus to love one another. Because of this, they live for genuine friendships and real connections with others. I’ve heard one equipper who is a well-known author and speaker say multiple times that his least favorite venues are the ones where he’s the public speaker.  He found that the most effective equipping actually occurs when he’s one-on-one with others or in small groups where people can be themselves, ask questions, and share their hearts.  It is in those environments (such as sharing a meal together) he’s able to give to the person what that person needs and receive from that person as well. Boy that sounds familiar!  Why does some guy who hung around twelve guys and sat down with a woman at a well come to mind?  Doesn’t it only make sense that real equippers function like that guy? 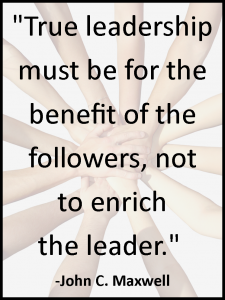 True equippers make themselves of no reputation.  And I can’t emphasize enough that they do not desire to be over you or to control you.  Like Christ, they desire most to be able to enter into your world.  They gladly will shed any baggage that keeps them from being able to do so.  In fact, one couple who are equippers I spoke with recently shared how a group of believers to whom they had ministered came to them and said, “We want to come under you!”  They responded, “No!  We will walk beside you as friends, but we will not be over you.” As Wayne Jacobsen stated in one of the videos I co-produced, “I’ve found that I have greater influence in the lives of people I don’t control than I ever did over those I thought I did.” Do you know the brokenness it takes to be able to refuse such a temptation? Few are able, even among those who mean well. And it doesn’t help that modern day Christians are constantly looking for human kings to follow. (Only they give them titles like “Pastor, Apostle, Bishop, and so forth.)

Genuine equippers are ordinary and humble. And they truly live to serve. They see themselves as being less than their brothers and sisters in Christ. Yes, years of lip service has been given to equippers being servants but few actually lived it. Most were kings and controllers calling themselves servants. But that is simply not the case with the true equippers. They are gifts to the body of Christ. That’s right! Ephesians chapter 4 straight out says that the equippers (apostles, prophets, evangelists, and pastor/teachers) are gifts straight from Jesus to His church to bring His people to maturity. How should we treat the gifts from God’s hand? Do we cherish them? Do we make sure they lack for nothing? Or do we toss them aside and forget about them like a kid with his toys a few weeks after Christmas?

I firmly believe that one of the reasons why we often overlook supporting the equippers is due to the very fact that they are so down to earth, humble, approachable, authentic, and familiar. We see them as one of us. Yet, we also recognize that they continually stir up our hearts for Christ. But when the thought of supporting them enters our minds we counter it with, “That’s just my friend Joe.” That’s also the direct result of our institutional religious training. Many still believe in their hearts that equippers are somewhat distant. They’re spiritual heavy-weights that are intangible. This is made evident by the fact they’ll give to some guy they don’t even know who preaches nice messages or writes good books and articles, but completely neglect the person they actually know who is pouring into them, loving them, and looking out for them. And here’s an odd thing; if believers were asked, “Out of everybody you know, who would you most trust with your money?” I guarantee you, those who know a genuine equipper would mention that person. I know that would be the case with me. There’s a reason why Paul said, “Know those who labor among you.” Yet many keep sending their checks to strangers.

There are some very sound reasons why Jesus set up his church so that equippers are supported by the body. One is that it keeps them completely dependent on Father. See, I’m not talking about putting equippers on a monthly salary like institutional churches do with their staff. That’s not how God set it up. Where’s the trust in that? That’s no different than how I receive a check from my job. Equippers are not hirelings. We aren’t hiring them to do a job. Rather, we give directly to the equipper the amount we purpose in our hearts to give for their support. They are servants. Actually they are lower than that. They are slaves. Slaves live on whatever support their masters determine to give them. Those they serve can make their lives easy or difficult, based on how much support they choose to give them for their labors.

Let me tell you, that is not an easy way to live! I do not envy the equippers who Father has living that way. I have it pretty easy. As a “working Joe,” I know when my pay check will show up, how much it will be, and can pretty much plan out all the trips I’ll be taking a year in advance. The equippers, on the other hand, have no idea how much support they’ll be receiving month to month and have to completely lean on Father to meet their most basic needs (like rent and food). They have to hear from Him about where they’ll be traveling in the months to come. Having had seasons like that, I know what a challenge it is to tell somebody you’ll be flying out to minister when your bank account is empty and you’ve got nothing but lint in your pockets. Folks, they aren’t the old, greedy charlatans of the past. They’re the real deal living in complete dependence on Father.

Another reason Jesus has the equippers rely on support from His people is seen in a statement Dr. Stephen Crosby made:

19th/20th century missions missed a critical element of the gospel. In that era, the empowered and informed went to the unempowered and uninformed: “You don’t have what we have, and you need it.” Jesus sent His “missionaries”, with nothing for their own sustenance. Why? TO FORCE EQUALITY AND MUTUALITY OF NEED, rather than “empire-lite.” They were to go in need of the people to whom they were sent. This has been woefully, historically absent, and is the source of untold resentment and troubles toward western Christianity. Jesus’ way deals with the cycle of pride in the giver and humiliation of the receiver, thereby, making peace. Western values are not Jesus’ kingdom.

In the past few centuries religious Christian leaders came to the people from a place of superiority. But Father desires that His equippers are indeed the least among us and therefore come from a place of complete dependence. Think about it. In the business world, which is greater, the one who writes and signs the checks or the one who receives them? And who is greater, the one who sits at the table or the waiter who serves them? Through dependence on support from those whom they serve, equippers are kept humble through constant reminder that they are merely waiters bringing food to those seated at the table.

Will we as the body of Christ make it easier or more difficult for them to serve us? How much value do we place on their service? Those questions are answered with our pocket books.

Loren Rosser co-hosts the Untangled podcast and has written numerous articles and produced several videos including the award winning Church Outside the Walls series.  He has worked in network television for over 17 years and holds a BA in social science from Ashford University in Clinton, IA.http://untangled.podomatic.com/  http://loreends.blogspot.com/  http://familyroommedia.com/ 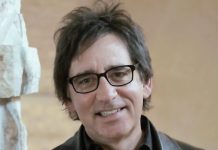 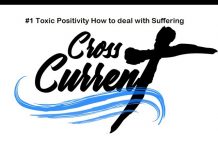