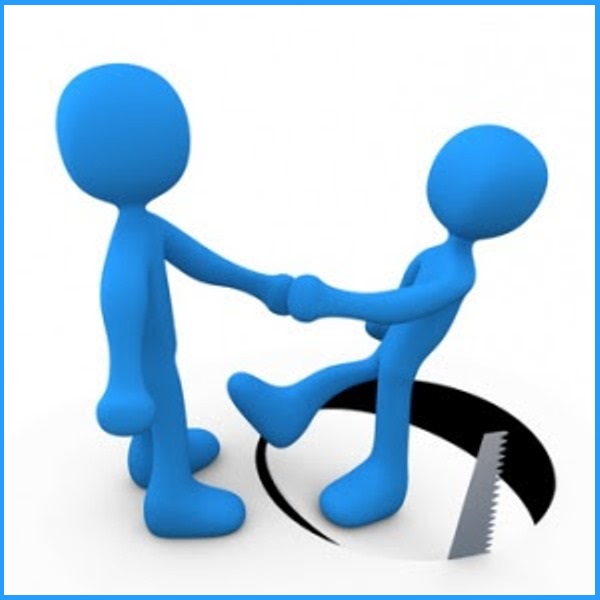 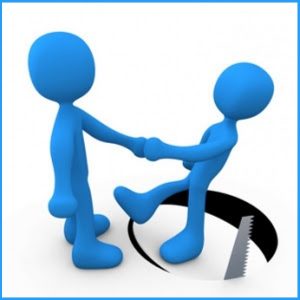 A leader works hard, sacrifices, is regularly criticized, and rarely rewarded; yet does not fall into functional atheism, which is the belief that ultimate responsibility for everything rests with him/her. He or she is someone who can bring Christ’s resurrection life out of a situation when others cannot. A leader is not necessarily  the most theologically correct, gifted, talented, or educated person who happens to fill a position.

A Christian leader is someone who is unalterably Christ-centered and who has ability to bring others into alignment with the person of Christ and the purposes of Christ in their life. A leader is someone psychologically, volitionally, and physically aligned and identified with Christ’s kingdom interests in others, not the leader’s self-interests in other people as commodities for his or her personal aggrandizement. A leader empowers others to eventually not need his or her leadership! The bond of love may remain, and gift exchange lasts until the second coming, but we are to outgrow dependency. A leader does not create nor require followers.

Reject every western-worldview stereotype of leadership that we get from our culture and the business world. What works on Madison Avenue is not designed for the kingdom. Ignore the oceans of material on “leadership” that are written from a business and organization perspective under the assumption that those values and methods translate into kingdom equivalencies. They do not. Reject every model of leadership that treats people like inferior subordinates–the mere fuel for a “leader’s” ambitions.

The only platform for kingdom leadership is relationship in family, among hearts that have been divinely assigned to one another and united in love. Period. There is no other. When divine assignment and unity in love are realized, it is amazing how little emphasis needs to be put on leadership to see it function marvelously. A bird that has to identify itself is not much of a bird. It simply gets on with doing what it was created to do, and anyone with a brain can look at it and say: “There goes a bird.” It’s the same with leadership. Those functioning in the grace will be recognized by those receiving the grace, and there need not be a lot of identificational talk and chatter: “I am the leader, submit to me,” sort of nonsense.

Leadership is a calling.[i] It is the gift and privilege of having influence upon others. If you are not called, you dare not lead, and if you are called, you dare not lead![ii] Do not let insecurity and desire for personal validation drive you to pursue leadership. If the only way you can feel good about yourself is when you lead, you probably ought not to lead. Your value and identity in Christ is the basis of mental well being, not what you can accomplish for Him through your gifts and talents. You must know who you are apart from what you can do, accomplish, or perform. If you have no sense of personhood apart from task, you belong under therapeutic care, not telling others how they should live. There is no surer way into the spiritual ditch than to engage in Christian leadership with unresolved psychological issues of personal identity.

In strictly “biblical” terminology a leader is simply someone who is a disciple of Christ him/herself, and by his/her example, makes other disciples. This is something we are all called to be and do. However, I think it is reactionary and naive to be in denial about basic human dynamics that are also kingdom dynamics. While we might all be called to be disciple-makers, it is self-evident that there are some who “go before” (Go first, Gr. proestimi) and are more effective at it than others, by the indwelling grace of God in them (Romans 12:7).

Because you may have had a bad church experience with leaders, and now, embrace a philosophy of: “There is no such thing as leadership,” is like trying to deny the laws of aviation just because you were in a plane crash and survived. A plane crash is an aberration. It is a mistake to normalize definitions and expectations based on aberration and dysfunction. Aberrant, dysfunctional, abusive leadership expressions do not negate what is clearly a gift from God, and a basic human reality. You just have to find someone who really loves you, whom you can love in return in a family of trust and mutual respect, and leadership will be self-evident.

The above is an adapted excerpt from our book: Authority, Accountability, and the Apostolic Movement, available at www.stevecrosby.com.

Copyright 2014,  Dr. Stephen R. Crosby, http://www.swordofthekingdom.com. Permission is granted to copy, forward, or distribute this article for non-commercial use only, as long as this copyright byline, in totality, is maintained in all duplications, copies, and link references.  For reprint permission for any commercial use, in any form of media, please contact stephrcrosby@gmail.com.

Would you like to partner with us in distributing our materials and perhaps generate some income for yourself?  Please go to www.stevecrosby.com for details of our Affiliate program. This ministry is sustained by the freewill offerings of those believe in the message of a radical grace in a new covenant understanding. If this article has been a blessing to you, would you prayerfully consider making a tax-deductible contribution through our Paypal button to help? Thank you and God bless you.

[i] There are different ways to view the matter of calling. At one level it can refer to the foreordained, sovereign, and irrevocable decision of God toward an individual that abides on him/her from cradle to grave. This is not what I mean. When it comes to leaders/elders I use the term to refer to the divine initiation toward and within an individual that energizes and activates individual will/desire, which in turn spurs to action to complete a divinely assigned task. Eldership is not a calling in the former definition, but it is in the latter. Being an elder or a leader in a positional/function/task sense is not necessarily an irrevocable lifetime calling. Individuals can “step in and out” of being an “elder.” For example, an elder can be removed, resign, retire, or take a sabbatical. Also an individual may be an elder in Church A, but should he geographically relocate, the same individual is not automatically an elder in Church B because of a residing “call” upon his life “to be an elder.” Much local church conflict could be avoided if this distinction were understood.