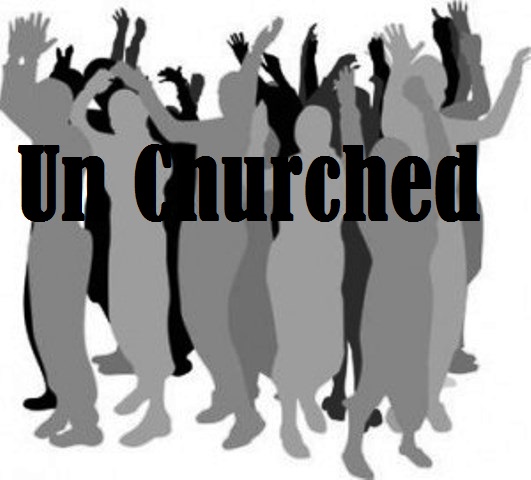 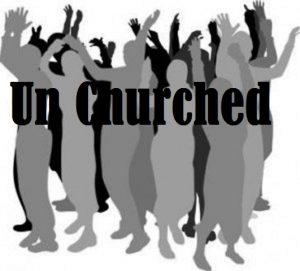 I believe one of the greatest barriers to effectively fulfilling the great commission could very well be the Church itself. As someone once said, “The quickest way to ‘church the un-churched’ may very well be to ‘un-church the Church’.”

After spending years as a missionary, and more time in a stateside school of ministry that was born out of one of the recent great American revivals, I can tell you this: The Church needs to be reincarnated and redefined.

Christianity has become too institutionalized where the Church is seen as an institution built on the concept of consumerism rather than an apostolic organism centered on Jesus and built on kingdom values. Today’s western Church is more an extension of our own traditions and the pop culture around us, with a growing dependence on our own ability, demographic research, and a misguided desire to be relevant in order to meet people’s needs.

Unlike the beginnings of the early Church, much of the Church today is set up like a corporation with lots of organization and structure, programs and budgets, which are useful, but often with so little emphasis on prayer and the Holy Spirit’s workings, as well as relationship with one another in the context of kingdom culture. God’s culture begins with the family, the home, making disciples through life relationships, reaching and caring for others with the gospel and the love of God.

We need to understand that the body of Christ is not primarily a corporation, or even an organization, but rather an organism, built on relationship by the Spirit, with the Lord and with each other. For a brief time the early believers met in the temple, but they also met regularly from house to house and shared meals together. I am not proposing that everyone switch to a house church model of doing church. What I am proposing is for us to rethink our collective experience as a body and a church. Why is it that many people, especially the younger generation, are interested in God, but not so much in the Church?

The second area where great change is needed is in our relationship to the world or to the lost. One of the principles that has caused great growth in the Yoido Full Gospel Church in Seoul, Korea (a church that nearly numbers one million people) is the “oikos principle”. Oikos is the Greek word for household or house of people. Your oikos is that group of people whom you relate with on a regular basis. This would include your relatives, neighbors, fellow employees, those with whom you share common interests, and others whom you may have regular contact with. These people make up your personal sphere of influence.

Sometimes believers discover that there are only other believers in their oikos. If this is the case, then steps need to be taken to develop new circles of relationships. Throughout the years my wife Carolyn and I enrolled our son Daniel in sports leagues, not just so he could have fun, and learn sportsmanship and teamwork, but for our family to start developing relationships with the lost.

Hear the wise words of Arthur Wallis: “There is no question that God works, often powerfully, in the old structures. But it is inevitable that those very structures put serious limitations on His working. It is all too easy for the ground gained to be lost, for the situation to revert, and for the whole process to need repairing within a short space of time. Take the 1950 Lewis Awakening. Though confined to certain Presbyterian churches in the Outer Hebrides, this was a powerful movement of the Spirit that deeply affected those communities at that time. Many found faith in Christ, and some of these are now in full-time service. But the fact remains that in less than a decade you could visit those very churches where God had worked so powerfully, and never suspect that they had ever tasted revival. Without a change of structure it is virtually impossible to conserve the fruits of revival.”

When “structure” and “organization” is emphasized above relationship, concentrated prayer, and the Spirit’s workings, it will produce an institution that pays their workers to love and serve people. Everything then will become event-based, performance-based, and program-driven. A lack of intimacy and true covenant relationships keeps most people under-stimulated and actually serves to harden the human spirit. Authentic New Testament Christianity has as its core John 13:35 which says, “By this shall all men know that you are My disciples, if you have love for one another.”

When Jesus cursed the fig tree (Mk. 11:13-14), it was symbolic of the cursing of Israel’s entire religious system. Today “religion” is the world’s greatest curse because it does not deal with the places of the heart. That is why people can hide in churches. There is not enough love, intimacy, accountability, and covenant. 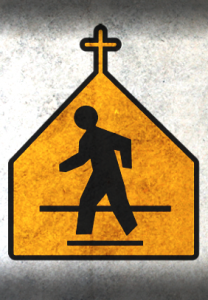 This generation has found no relevance in the Church. They are looking for something to die for, but institutional Christianity has ripped them off. The Church needs a revolution. The Church needs an apostolic discovery of real kingdom values.

Remember, the Church did not begin with huge buildings or large organizations ruled by the appointment of men. The Church began with Jesus and the covenant relationship He modeled with the Heavenly Father and with His disciples. All relationships begin by simply being together. That is a part of the overall pattern that we must return to.

When this pattern is more fully realized and restored in the Church, we will produce true sons and daughters and not just programs and numbers. More impartation and not just information will be given and received.

What are your thoughts?

Bert M. Farias, founder of Holy Fire Ministries (www.holy-fire.org), is the author of several books including Purity of Heart (http://www.amazon.com/Bert-M.-Farias/e/B001KDRLRG) and co-host of the New England Holy Ghost Forum (http://www.newenglandforum.info/). He is a missionary evangelist carrying a spirit of revival to the church and the nations. Follow him at Bert Farias on Facebook (https://www.facebook.com/#!/bert.farias.3) or @Bertfarias1 on Twitter (https://twitter.com/BertFarias1).