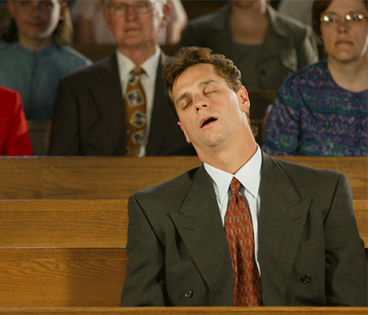 The signs are all around us. Christians promise to be there, then they don’t show up. People falling asleep during the services.  The slow trickle of dwindling church attendance can be seen everywhere. Giving is down, and there is no consciousness to help our needy brothers. Dedicated leaders are used, then forgotten to struggle for their daily bread. Christian events are poorly attended. Catholics are no longer going in the confessional. Buildings are up for sale everywhere, and congregations are disbanding faster than they are being made.

The examples are many, but in general the body of Christ has followed the world, turned inwards and become self –centered. Our hungers (passions) define us. Hunger motivates. What we desire shows us what we really are within. Spiritually, hunger or lack of is the indicator of our true spirituality. Physically, hunger is one of the signs of health, and prolonged lack of hunger is an indicator that we are ill.  We must not continue in denial. The Body of Christ is ill today and needs help.

What is going on and why is this happening? What must we do as Christians to operate effectively in this present culture and generation? How do you make people hungry and thirsty again for the things of God? What can be done to break free of the fruitless orbit in our daily mundane lives?

Listen to the words of Smith Wigglesworth;

Spiritual hunger is when nothing satisfies us as much as being near to God. Worldliness is that which cools my affection towards God.

I’d rather have a man on my platform who is not Spirit-filled, but hungry, than a person who is Spirit-filled and satisfied!

We are as lifeless as the people at an airport gate waiting for departure. I have news for you. RAPTURE Airlines is out of business, and you need to go home and unpack. No amount of fancy lights, million dollar sound systems, and professional entertainment can wake up the living dead. This is a job for a SuperGod!  Only He can awaken His sleeping Bride. This is what He has revealed to me.

Gen 41:29 Indeed seven years of great plenty will come throughout all the land of Egypt; 30 but after them seven years of famine will arise, and all the plenty will be forgotten in the land of Egypt; and the famine will deplete the land. 31 So the plenty will not be known in the land because of the famine following, for it will be very severe. 32 And the dream was repeated to Pharaoh twice because the thing is established by God, and God will shortly bring it to pass. NKJV

I can just imagine how this message must have been received by the wisemen of the most powerful and financially stable nation on the planet at that time. Joseph, you are crazy, but hey we don’t have time for you and your dream interpretation. Thank God the Pharaoh was able to see the Spirit of God in Joseph and assigned him to begin to prepare.

Now for the first seven years, nobody cared that Joseph was storing grain in silos. I am sure it never made the daily news. Grain was cheap; it was a time of plenty so merchants were more than glad to sell to Joseph. Then tragedy struck and the first harvest failed. Nothing to worry about, we can’t always be bullish; this is just a cycle the Egyptian merchants must have said.

At first no one took it as a serious problem. In an effort to calm the masses, the spinsters and politicians promised better days ahead. Most of the rich and their businesses ran on reserves and who cares how the poor are doing anyways.

Joseph stopped storing grain as prices began to shoot through the roof on all commodities. But, the average Egyptian was still in denial. We are Egypt; they said, and we shall rise from the ashes if we have to.

I believe this is where we are in America. We are in a time of transition, and it is affecting the hunger for God in most Christians. Difficult days are ahead for humanity, but for those who break free, it will be the greatest move of God as Father commands His angels to bring in the harvest. God has promised a quick work.

Amos 9:13 “Behold, the days are coming,” says the Lord, “When the plowman shall overtake the reaper, And the treader of grapes him who sows seed; NKJV

What are some of the things we must break free from at this time?

Why The Absence of Spiritual Hunger in the Church Today?

1. Information Overload– Daily crisis is the rule of the day. Media channels bombard us over and over again. Every day there is a new issue, a new problem, a new catastrophe, a new problem with the President, a new psychopath, and a new murder. That is all we talk about, and that’s all we think about. We are puppets of the media as they try to outdo each other for our attention to gain ratings that in turn bring in advertising dollars. Meanwhile commercials get longer and longer, and we grow more and more in debt listening to them.

How do you fix it? TURN IT OFF and refuse to talk about it. Period, no excuses.

2. Exodus from Institutional Religion– How many times do you have to hear the hype? If it’s not the African American pastor screaming your blessings are coming, it’s the White Psychologist pastor telling you your best day is now, and it will all get better. The problem with all that is the lights still get cut, the husband still leaves for a younger woman, the company still lays us off, the doctor says its cancer and it’s not going away, and we are still plagued by the same sin. False prophets and prophets for profits are a dime a dozen. If another person lays a hand on my head, I am going to go bald! All these things have left a bad taste in the mouth of many concerning  the things of God. Belief, Faith and Hope are now at an all-time low. The truth is we have failed to impact the culture, and the best we got is an hour and a half cheerleading rally inside the four walls once a week.

How do you fix it? DON’T REJECT GOD. Reject religion, and press into your relationship with Him again. He is a loving Father and has been waiting for our return.

3. Current Economic Crisis- You need a job, but you can’t find anything that pays what it costs to leave your home and take care of your children. Commission is the new buzz word for the taskmaster who doesn’t want to pay. It used to be that a businessman would take a risk when he started a business. Now they ask you to risk with them while they make a majority of the profit. Benefits are out the window or so expensive you simply can’t afford them. The economy is tanking as fast as the Obama press is printing and giving fiat money. Wake up; its not getting better!

How do you fix it? First, find your family ASAP. People you can trust who will love you, really care for you, and will share everything they have with you. Second, get liquid. Reduce, sell, stop, and change everything you do to only the mere essentials. With all our complaining, we still live and spend in the top 1% of the world’s bracket when it comes to income, and this is about to change. Third, repent and seek Him while He may be found. See below;

Col 3:1 If then you were raised with Christ, seek those things which are above, where Christ is, sitting at the right hand of God. 2 Set your mind on things above, not on things on the earth. NKJV

Natural hunger, persecution, and difficult times have always created spiritual hunger. The Father loves his people too much to let us keep flirting with our out of control fleshly desires and consumerism. He is even now ready to act, but for His precious love for us, has chosen to let things happen slowly and give us time to turn from our wicked ways.

There was no email, no Skype, no texting, and no smartphones when times got really bad in Egypt and the rest of the known world, but somehow news came to Jacob that there was grain in Egypt. Desire motivates us to action. Or in other words, the heart moves the feet. When the stomach cries louder than the mind, we will again begin to put Jesus first.

Amos 8:11 “Behold, the days are coming,” says the Lord God, “That I will send a famine on the land, Not a famine of bread, nor a thirst for water, But of hearing the words of the Lord. NKJV

The prophet describes a famine where there is no hunger for the word of God and the things of God! It sounds like he is watching and reporting on Christianity as it is today in America.

Our religious games and our fleshly desires have created that which we now see and feel. The Lord our God refuses to trade incense for prayer, psychology for revelation, buildings for hearts, singing for worship, club memberships for real family and rituals for true relationship. He is not bound to build on our sand castles and little kingdoms.

I have good news! There is coming a time when hunger for God will break us free from our present spiritual famine. Our Heavenly Father is tenderly leading His people out of Egypt, but we must be sensitive to His nudging via the Holy Spirit. He is speaking, but are we listening?

Even now a Joseph people prepare………….and America I don’t give you five years before you see it.