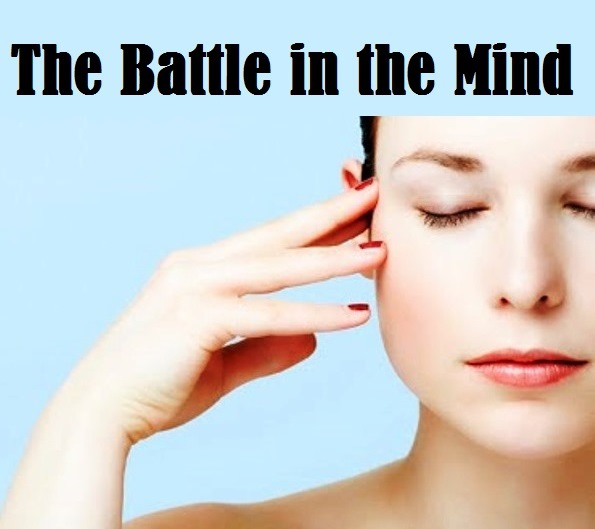 It is not my desire to speak as sociologist but as a man of God. I simply speak what His Spirit says to me. The Lord is speaking concerning the acceleration of deception in His people.

When the first explorers and settlers came to America, they brought trinkets to trade with the native population. A trinket is a small shiny ornament or item of jewelry that is of little value. The first explorers were called “conquistadores.” In the Spanish language the word means “those who conquer”.

When they came from the Old World these conquerors purposely brought trinkets with them to deceive the natives. Believe me when I tell you the conquerors had a plan, and that plan was to take the land and all the valuables from the natives. When they arrived they traded their shiny worthless beads to the natives for pieces of gold and their land. Sometimes religion was added in but only to set up a system with which to control the natives. They were told to submit to God, but God only spoke through the Spanish priests, who as men were thieves too except with robes on.

Same thing happened in Africa, look at this quote from Desmond Tutu;

As a Christian these are difficult words to read, but I know that he was speaking the truth. It is the truth about the religious system that masquerades itself as Christianity today. It’s not my world anymore, but it hurts nonetheless because I know that it shines a poor light on my Lord and Savior Jesus Christ.

Ezequiel 28 speaks of the fall of Satan. He was the anointed angel who was at God’s side in Heaven until he fell. Let’s look at what the scriptures say took him down.

Ezek 28:16 “By the abundance of your trading You became filled with violence within, And you sinned;

Ezek 28:18 “You defiled your sanctuaries By the multitude of your iniquities, By the iniquity of your trading;

Today, Fox News had a story about a group of Christian parents who are fighting with Atheists over a couple of scripture verses etched in a public school’s wall. These verses have been around for years, but the Atheists want it taken down now. Let me ask a question here. What good is it to control what is written on the side of a building if inside those walls we are losing our children?

Again Satan has us trading for trinkets as we battle for religious rights while the hearts of our children are being stolen from us in much more subtle and diabolical ways. As long as the enemy can keep us arguing over trinkets, he knows no one is paying attention as he takes the land.

It’s of no value to him if we argue over Sunday or Sabbath, Baptism by immersion or sprinkling, Worship teams or choirs, blue carpet or green, King James or NIV, Israel or the Church, Tongues or no tongues, Rapture or no rapture, Republican or Democrat, Isis or Al Qaeda, Conservative or Liberal, and the list goes on and on…..

We think we are defending God or the truth when in reality we have been duped and deceived. The enemy just wants us divided and powerless to affect real change in the land. We have traded the valuable (a generation) for trinkets, and the only winner in this debate is Satan.I hear you say but these are important doctrines. Here is my answer. Nowhere in the bible does it say they will know they are my disciples by their perfect doctrine! What good is perfect doctrine without love? Can there really be perfect doctrine without love for one another?

On another note, what does the enemy care how much “presence”, “miracles”, and “glory” you claim are found inside the four walls of a building? No “hairs standing up”on your arm ever changed anyone. All the hype without transformation only serves to prop up the religious system of today. We have traded a valueless trinket for the true transformation which attracts the lost, transforms a city, and takes back a nation.

The battle is really in the mind. Control the mind and you control the heart. Scripture says;

Prov 23:7 For as he thinks in his heart, so is he. King James has the comma in the wrong place because hearts don’t think.

For as he thinks (The mind), so in his (heart) he is. Here is another verse;

Rom 8:5 For those who live according to the flesh set their minds on the things of the flesh. Fill their mind with trinkets, and you will ultimately rule their hearts.

You rule the heart, and you rule the man! The heart is not logical or sensible, it is ruled by passions.

“The heart is deceitful above all things, And desperately wicked; Who can know it? 10 I, the Lord, search the heart, I test the mind, Even to give every man according to his ways, According to the fruit of his doings. NKJV

Controlling Communication is a Necessary Strategy

In war, those who really know how to conquer understand that you must first control the centers of communication. They tell the masses how to think and what is acceptable. We lost the land and the hearts of our children when we lost control of what they see in movies, on TV, and in internet. We also have lost control of the language and the lyrics to the songs they hear. In essence we have lost the centers of communication. Why do we wonder why children are disrespectful? Why do they appear so detached? It’s because they are, and no amount of religion on Sundays can get them back!

Can we ever get them back, you ask?  NO, not as long as we “ourselves” are deceived and distracted. NO, not as long as we stay divided arguing over the value of trinkets… So the next time you run home to turn on CNN or FOX to catch up with the latest news, remember you are part of the problem, not the solution.

How much time did you spend today gazing and meditating on the goodness, the beauty, and the splendor of our risen Lord?

The Battle is in the Mind

What is the solution?

It’s the rest of the verses in Rom 8:5-6 If the battle is in the mind then its important what we allow to live there. 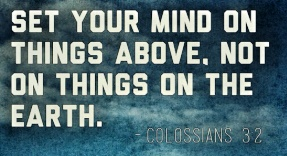 I am not here to tell you how to process this message into your current lifestyle, only the Holy Spirit can do that. For the love of God’s church, WAKE UP before we lose another generation.

May the Lord give each of us ears to hear and hearts to obey what the Spirit is saying to the Church.