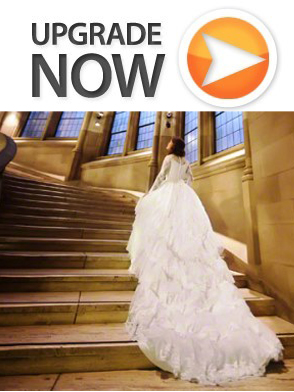 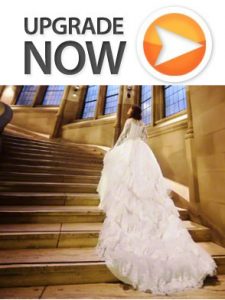 There is a great need today for the church to upgrade to the New Covenant. Much of what is done and said today comes from Old Testament scriptures. Its time to return to a Christ-centric gospel and leave behind the old for what Hebrews calls a better covenant based on better promises. Jose Bosque, Editor

The Greek language is richer and more nuanced than English in many ways. Often a lot of richness is packed into small prepositions and how they are used. Such is the case with the Greek preposition: en, usually translated at its simplest level with the English word, “in.” However, depending on the particulars of its usage, it can mean so many more things than merely “in.”

God, who at sundry times and in divers manners spoke in time past unto the fathers by the prophets,2 Hath in these last days spoken unto us by his Son, whom he hath appointed heir of all things, by whom also he made the worlds; 3 Who being the brightness of his glory, and the express image of his person, and upholding all things by the word of his power, when he had by himself purged our sins, sat down on the right hand of the Majesty on high: 4 Being made so much better than the angels, as he hath by inheritance obtained a more excellent name than they . . .  – Hebrews 1:1-4, KJV.

What KJV translates as: hath in these last days spoke unto us by His Son, is the Greek word, en. That is not incorrect. The problem is, there is actually no adequate way in English to fully do justice to what is meant. Depending on some grammatical particulars that little word encan mean: in, within a place, near by, by, by means of, in contact with, in union with, in the presence of, and so forth. In Hebrews 1:3 it means very literally God has spoken from within a place and that place is His Son. That makes no sense in literal English, but the author of Hebrews was trying to capture something profound.

Upgrade to the New Covenant!

Literally, it means that God has spoken in these last days, in a sonly way, in, through, and by His  Son. It is really impossible to concisely translate into English. The frequency of all divine interaction with humanity is no longer law and obedience to precept. It is no longer letter and rule. It is no longer code and conformity. God’s frequency has changed. The only frequency of divine thought is that of Sonliness.  If we want to know what God thinks about something, we find it in the Son. If we think we are “hearing something from the Spirit,” we must hold whatever we think we are hearing against the template of the Son IN RESURRECTION,  NOT old testament proof texts! The Son is the new, and final measure of all things.

Be warned of 21st Century Judaizers

There is great pressure these days in social media and elsewhere coming from something called Jewish Restorationism, or “recovery of Jewish roots.” It is held that various selective (inconsistently selective, I might add) aspects of Torah and Torah observance are binding upon all believers in the present day. The difference between the two covenants is downplayed, ignored, or rejected outright. Some teach that the new covenant isn’t really new at all, but merely renewal of the old covenant with Israel with more favorable terms. The old covenant, and all its precepts are viewed as eternal, and eternally binding. Should someone disagree with these propositions that person will be accused of being a “replacement theologian.” I cannot unpack in detail here the fallacy of these beliefs and the undermining of the gospel they represent. I have done so elsewhere in my books and writings.

However, It would seem clear that based on a letter written to disillusioned Jews (the book of Hebrews), that a significant change has occurred. A comparison of what was, against what is, based on the resurrection, is being made.  Our Father has replaced an old way of communicating with a new one. Jesus is presented in clear contrast to what preceded Him. I would suggest an upgrade to new covenant thinking, beliefs, and practices is in order. 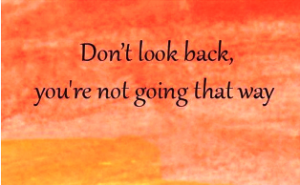 God’s way of doing things since the resurrection of Jesus, and the outpouring of the Spirit has forever changed. The rest of the book of Hebrews is devoted to trying to explain to disillusioned but nominally believing Jews of that the era (who were expecting literal fulfillment of the prophecies they were hanging their hopes on, and were considering reverting back to Judaism)  that their covenant is over, there is nothing to go back to, and the era of a better covenant, based on better promises has begun.

Read Hebrews. Read Galatians, and don’t be duped by Jewish Restorationist nonsense. That is not “recovery” of lost truth, but rather regression to a modern form of Galatianism which Paul identified in the strongest possible language: a false gospel of which it, and the messengers of it, should be accursed. Don’t get angry with me for saying it. It’s not original with me.

Jesus is, was, and forever will be, the message, the medium, and the method of the new covenant–a qualitatively new covenant based on better promises and secured with a more precious sacrifice.

Copyright 2014,  Dr. Stephen R. Crosby, www.stevecrosby.org. Permission is granted to copy, forward, or distribute this article for non-commercial use only, as long as this copyright byline, in totality, is maintained in all duplications, copies, and link references.  For reprint permission for any commercial use, in any form of media, please contact stephrcrosby@gmail.com.
Would you like to partner with us in distributing our materials and perhaps generate some income for yourself?  Please go to www.stevecrosby.com for details of our Affiliate program. This ministry is sustained by the freewill offerings of those believe in the message of a radical grace in a new covenant understanding. If this article has been a blessing to you, would you prayerfully consider making a tax-deductible contribution through our Paypal button to help? Thank you and God bless you.