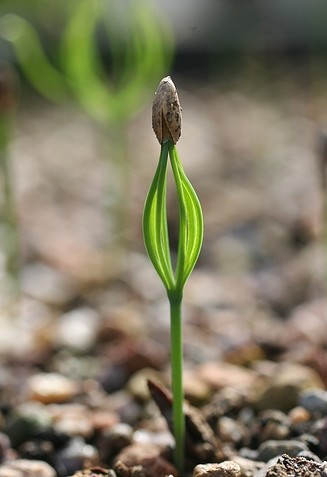 Like the slogan “a rare breed of men,” God has reserved for His purposes a rare SEED of men in leadership. God says the focus is never on the men. The focus instead should be on the SEED they are carrying. Let me make a couple of clarifications before we go any further. First know that any reference to the SEED is in bold because it speaks to the seed of the Divine Creator inside of His leaders. Also, when I use the word men, I am speaking in gender neutral terms. Men in Leadership. If the word leadership has left a bad taste in your mouth, these men are God’s Listerine for you!

Unlike a mailman who shows no negligible effects of the package they carry, God’s men diffuse the fragrance of unity, purity, and love which is the essence of the Body of Christ. Although these men may be a work in progress, the SEED they carry guarantees the fruition and consummation of the purposes for which they were placed on this earth by the Sovereign Creator.

When these men speak they make a distinct sound. It’s is strangely different from the copy-cat sounds and the muddled confused speech of those with no direction in this society. The sound you hear is the clarion call of the Voice of the Creator to draw His people first to unity and then to draw those that are far away to Himself.

It is not about how loud the sound; it’s about pitch. Because of the maturity in these men, brought on by years of fine tuning, the sound they make will perfectly replicate the Sound of Heaven. The Voice of the Creator will be heard over all the other voices in this noisy world. When you hear them you hear the heart of the Father. It’s not a religious sound and it doesn’t demand allegiance. It is the Voice of the Creator answering His creation’s cry.

The SEED they carry will shape their hearts like their Master’s. These are not like worldly men trying to prove who they are by their externals. We live in a sick society that knows the cost of everything but the value of nothing. Today’s world flashes what they have like a street whore to protect its piece of the pie or its corner of the street. Men who carry the SEED place their value on the internals which in turn produce the externals. Words like character, truth, peace, and integrity are their calling card. They are true sons who know the ways of their Father.

These men who carry the rare Seed understand that anything God does through them externally is for His Glory and not theirs. Their hearts are pure so God can trust them to build his Kingdom.

Until now many of these men have been incubated by the Holy Spirit in the deserts of life. In these deserts they have dealt with their fears and are now poised to move out in His strength. I hear the voice of the King, and He is saying arise and build because its revelation and manifestation time.

Have you come to the end of yourself scratching out in your own strength for provision and protection? Are you ready to find your purpose for existence and let the Creator lead you today to your fulfillment and satisfaction? I believe I hear God calling your name!

Copyright 2012 Jose L. Bosque www.JaxChristian.com. Permission is granted to copy, forward, or distribute this article for non-commercial use only, as long as this copyright byline, in totality, is maintained in all duplications, copies, and link references. For reprint permission for any commercial use, in any form of media, please contact JaxChristian1@aol.com

Understanding Unchurched Christians and why they are leaving the Church

14 Wrong Reasons for Going to Church

12 steps to Freedom from the Religious System

INFORMATION:
This is our 11th Annual gathering in Jacksonville, FL February 11-14, 2021, is not a typical conference like you may have experienced in the past. This is a “by-invitation-only” gathering. It is not open to the general public.

At this Moment I Prefer

Being Rooted & Grounded in the 21st Century

Understanding Unchurched Christians and why they are leaving the Church

14 Wrong Reasons for Going to Church

ABOUT US
A family of authors dealing with a Christian Leaders transition from institutional church systems to the New Testament model based on the Father’s Love, Authentic Relationships and the Kingdom of our Lord.
FOLLOW US
© 2018 | God's Leader
MORE STORIES

Interview with a Living Example of Christ