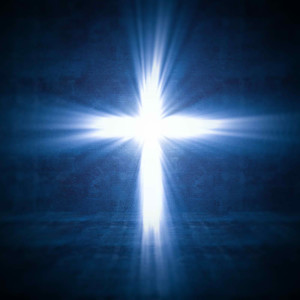 For several years now, there’s been much talk and writing about what church is and/or what it should be. Some of it is pretty good stuff as far as emphasis on relationship, participation, and freedom from hierarchical leadership goes. Others focus on irrelevant details such as how it should be structured and how best to meet. Somehow it all comes up short. We read in the book of Acts that the religious leaders knew Peter and John had been with Jesus because they spoke with authority even though they were ordinary, unschooled men. Secondly, they were jealous of these fishermen because they demonstrated miraculous power and were highly regarded by the people. The infant church grew to the extent that the authorities were afraid that their world was being turned upside down. Can you think of any current church group that has made anyone jealous lately? Of course there are always IC pastors lower down on the food chain that are jealous of mega-church pastor’s big buildings, big crowds, big name and big cars. But I haven’t heard of the presence and power of God so evident in any church or group of people that other religions have become jealous of them. Nor is Christianity highly regarded by the people. Recent poles focusing on the younger generation reveal that Christians are most often thought of as hypocrites who are against (others) and what they do.

Christianity has lost sight of the head of the church, a tragedy that renders any form of church irrelevant. About 8 years ago T Austin Sparks put it like this: “..God’s way of recovery, when His full and original thought has been lost and that heavenly revelation has departed and the heavenly glory has been withdrawn, is to bring His Son anew into view; not to bring you back to the technique of the Church or the Gospel or the doctrine, but to bring His Son into view..” When something’s broken, it’s human nature to try to fix it. But church is not a system or structure that can be fixed. Authentic church is comprised of people who are called out from worldly systems unto Christ and into his kingdom, a kingdom that stands in absolute contradiction to the religious systems and kingdoms of this world. As long as we play church, we’ll not know him. Unless we are willing to abandon our dead works and self serving ways, we’ll be stuck with empty doctrine, lifeless routine and cold intellectual assent to his goodness. The early church was motivated by sacrificial love, and stood on Christ alone as their only foundation. The apostle’s doctrine was the death, burial and resurrection of Jesus Christ. And because he was their very life and only focus, it was natural that his power would flow through them.