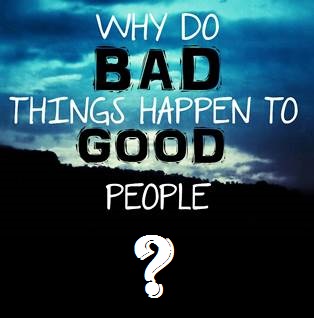 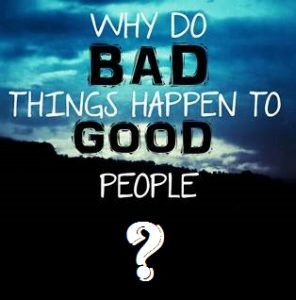 My Dear Brothers In the Lord,
If I thought a christian band aid would help, I would say to you (as” did Robert Schuller), “Tough Times don’t Last, but Tough People Do”….Hogwash!!!!!!!!!  Sometimes tough times are like the EverReady bunny..they go on and on and on…ad infinitum.
I no longer subscribe to fairy tale Christianity where there is always light at the end of the tunnel or a happy ending to the story! Maybe this perspective comes with a long (not necessarily well-lived life.  One thing I do believe and can affirm from my own journey, is that “all things work together for good,”…but here’s the kicker,….FOR THOSE WHO love (AGAPE  GOD)…those who are seeking His good –  what is best for HIM AND NOT for THEMSELVES! – for “love does not seek its own but what is best for the beloved.” I am reminded that “It pleased God to bruise his own son!!  What???  So here is quite a question, “Is perhaps God wanting to use your suffering redemptively for His purposes??….for the sake of others rather than to bring it all to some wonderful happy conclusion or some blessed outcome?”  No, I don’t like this idea either…but…
The second kicker is “who are called according to HIS purposes.”…I wonder what are His purposes with respect to our finite earthly existence down here?  Although I do not always “walk the talk,” I must share with you that I have been touched and impacted in a very deep way by the testimony of those those who bear fruit even in the harshest climates.  I have met tortured believers who have peace flowing like a river. I MET A MAN WHO SPENT 10 Years in the Saigon Hilton, tortured by the North Vietnamese, but who had just such peace!  He was the meekest of men and unflappable despite any and all circumstances (Col. Norman Wells was his name.  He ranks as one of the gentlest and kindest men I have known.)
Then there was a janitor where I worked at DeStaCo – a man named Kenny Jakela showed me the scars on his legs from various experimental operations conducted by the butcher of  Auschwitz,  Joseph Mengele.  Kenny once showed me the tattooed number on his arm given him when he was first taken to “the camp”.  I have met  People like Prem Pradon, imprisoned and tortured in Burma for preaching the risen Christ.  Men and women whose bodies are racked with pain yet who seem to have joy despite their circumstances. How can this be???
I have met people who had the ability to smile and be for others in the midst of intense personal loss and tragedy.  I have met those (like my mom and dad) who had little of this world’s goods, but ALWAYS had to give to others without ever expecting to receive (so much for greed faith.)  I have met servants of the Lord who qualify for Hebrews 11, “those for whom the world was not worthy”…living in holes in the ground, maligned, abused…  Somehow I have a sneaking suspicion that the peace, love, joy which they possessed was somehow related to or a product of intense suffering.
We know the heart and mind of Christ for it is formed within us and imparted by the Holy Ghost…but that doesn’t mean that that which is understood is automatically incorporated into our walk…into our being…..YET!   Only He knows what it will take for us to “give up” and let Him BE our peace, BE our righteousness, even BE our sense of purpose and meaning.  What I hear in the Spirit is,  “O Man, just how long can you tread water?”  Sooner or later after much struggle, we succumb, we give up, we die, and then we are reborn.  Somehow the image of the Phoenix comes to mind.
I am constantly reminded that “By this is my Father glorified – that you bear much fruit.”  Lots of manna here, but just one kernel is in Galatians 5:…”but the fruit of the Spirit  IS, Joy, peace love patience et al.”   Imagine just a few luscious juicy red shining apples on a very barren tree in the middle of a desert…..enticing to say the least.
We are in a great drought, a barren desert (America).  There is indeed a famine of the word of God.  If, as in The Matrix, our eyes would be opened, all that we now see would be seen as an illusion..as the Matrix!  All the comforts, all the beauty, all the opulence of American materialism would be seen as barren and  –  (“Welcome to the desert of the real!”)…thanks Morpheus.

Why do Bad things happen to Good people?

In the midst of that desert, in a life tortured and twisted and assaulted by the natural forces and elements, God intends to bring forth some delicate, heavenly fruit.  It is not the lushness of the foliage that gives the tree its value.  It is fruitfulness that is important for “by their fruits you will know them.”  One other thought.  In studying grapes and wine making, I came across this adage, “The more stressed the vines the better (sweeter) the grapes!”
The Christian Life has never been exclusively about what we believe, what we think, what we  know, what we may accomplish or about the (circumstances) of our lives.  It is about the cultivation of heavenly, abiding, beautiful, enticing, and nourishing fruit of heaven.  I have observed that at the core of every fruit is a seed or seeds like the one that produced the tree.  Hence when people see and taste the fruit, they taste and see Jesus, the divine seed.  I hear “Taste and see that the Lord Is Good.”    Indeed.
This is a time in your walk, not just for happiness, meaning, problem resolution, or a new direction but a time of returning…and turning away…a new season though it may seem barren and lifeless…a season of preparation for fruit production.  How about joy in the midst of struggle?
Peace in what seems a time of confusion (for God is not the author of confusion but of peace).  A season of love flowing from “beneath” the throne to and through us like “Streams in the Desert”…”Where did Dennis get this water?  His life appears so barren?”
I am trusting the Lord to bring forth fruit, in season, in each of us.  Three things I have seen…
(1) the “dead” leaves which fall from the tree leaving it to appear barren and lifeless, decompose and become the fertilizer, the food for future growth and fruitfulness.
(2) The tears which are shed become like the rain or dew that waters the earth carrying these precious nutrients down into the soil to the roots.
(3) When in winter all seems lifeless, colorless, and barren and death seems to reign…the real life activity is occurring deep below the surface!  Roots push even downward and outward to find new life, new strength and new faith for a new growing season.
Then comes spring with all its glories, and summer and then the time of fruiting and harvest…In season as ordered by the Father. So we must just give up and give in to this “process” of life and of death knowing that the times and seasons are in the Father’s hands.  Blessings to you in this new year.  May you grow and be fruitful in his serve and may I as well.  You are in our heart and prayers.
George Dunn
ged0623@gmail.com